More than half of the Matildas have experience playing in Scandinavia, with eight spending time in Norway - the side's next opposition at the World Cup.

Australia and Norway might be on opposite ends of the Earth but the Matildas have many links to the Scandinavian country, their next opponents at the World Cup.

The Matildas face Norway, the world No.12s on Sunday morning (AEST), for a place in the quarter finals in France.

Ante Milicic's team can't say they're unfamiliar with the 'Grasshoppers'; no fewer than eight players have spent part of their club careers in Norway.

Tameka Yallop is still based there, with heavyweights Klepp, while backup goalkeeper Mackenzie Arnold spent last year at Arna-Bjornar.

Aivi Luik and Teigen Allen spent 2017 at Valarenga, when a four-strong Aussie contingent of Chloe Logarzo, Emily Gielnik, Ellie Carpenter and Gema Simon were at Avaldsnes.

It was there that Logarzo, Simon and Gielnik took on Spanish giants Barcelona in an unforgettable football moment for the trio.

"Norway definitely taught me a lot about myself," Logarzo said.

"It was good for me to go overseas and play overseas for the first time being away for eight months.

"It was definitely really challenging.

"Norwegians are very introverted. Not like us Aussies. No one really wanted to hang out.

"I learned how to push myself to the boundaries, how to be happy by myself."

To Logarzo, Norway's league is ahead of Australia's W-League in terms of pay, professionalism and venues, but not in other areas.

"(In Austalia) we had the coaches and we had the drive and the players," she said.

"Football-wise, it made me appreciate Australia and the coaches and the lifestyle that we have."

Logarzo ended up leaving her club after a falling out with her coach.

Carpenter was also at the club through the season, aged 17 at the time, but wasn't able to play due to to visa restrictions.

"They're all pretty physical. Quite fast, athletic," she said.

"The style of football is similar to us, a bit more direct also ... they're a good footballing country."

In one of football's full circle moments, Carpenter is likely to find herself marking the 30-year-old on Sunday.

While Logarzo found the cultural differences challenging, she said the nations overlapped on the field in one major way.

"Getting stuck in. That's the biggest thing," she said.

It's a fight Logarzo is "100 per cent" happy to take on with her midfield partner Yallop.

"We're small but we pack a punch," she said. 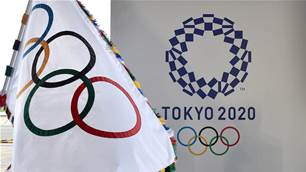 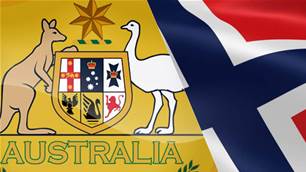