Sam Kerr's Chelsea played Manchester United on September 26.  The Blues hammered the Red Devils, winning the game by a scoreline of 1-6.  Kerr put two goals in the back of the net during that match, getting a second brace in as many WSL matches.

Chelsea then met Birmingham City midweek in the FA Women's Cup quarter-final.  Due to COVID-19, this year's competition had a delayed start with the Cup currently scheduled to end on December 5, 2021.

The Blues progressed to the semi-final after winning by a scoreline of 4-0 against Birmingham, with Kerr scoring a header in the match. Kerr scored again in this past weekend's 3-1 win against Brighton and Hove Albion and provided an assist.  It was her fifth WSL goal of the season making her the league's top scorer.  Chelsea are currently third in the ladder.

And it's Fran Kirby with another assist for the Aussie.

Emily Gielnik's Aston Villa faced Brighton and Hove Albion on September 26.  The game finished 1-0 in Villa's favour with Gielnik scoring the winning goal, her first for her new club.  Gielnik then played against a number of fellow Arsenal Matildas on October 2nd.

The first half finished nil-nil for both sides.  However, Arsenal opened the floodgates in the second half with the final scoreline being 4-0 for the Gunners. Steph Catley started the match with Caitlin Foord coming on in the 63rd minute. Lydia Williams was an unused sub.

The win left Arsenal undefeated in first place and Aston Villa in sixth place in the WSL ladder.

It was the third consecutive major win in seven days for Catley, Foord and William's Arsenal.  The Gunners hammered Hayley Raso and Alanna Kennedy's Manchester City on September 26 by a scoreline of 5-0. Raso was out with injury and Williams was an unused substitute in that match.

Both teams also played in mid-week FA Cup matches.  Arsenal beat Kyah Simon's Tottenham Hotspurs by a scoreline of 5-1 in the quarter final.  Foord contributed a double in the game that put the Gunners through to the semi-final of this year's delayed cup.

Caitlin Foord at the double âš½âš½

And Sam Kerr scoring off the bench for Chelsea 💪

Simon's Spurs did have two WSL wins this past week.  They beat Reading 1-0 on the 26th of September and Leicester City 2-0 on the October 3rd.  Simon did not feature in any of the matches.  Tottenham are second and undefeated in the WSL.

Manchester City got a much needed win against Leicester City in their mid-week FA Cup quarter final, downing the Foxes by a score of 6-0.   However, the win did not alleviate concerns about the club's inconsistencies this year.

The team's WSL woes continued this past weekend.  After the Gunners hammering the weekend before, City fell 2-0 to West Ham United.  This makes three losses and one win in the Citizens's season, their worst ever WSL start.  Neither Raso or Kennedy played in this past weekend's game.  City are currently ninth in the WSL.

Mackenzie Arnold and Tameka Yallop did play in that game for the Hammers for the full ninety minutes.  Arnold made a number of critical saves in the match to keep the clean sheet.  Yallop, like she has since her arrival at West Ham, continued to show her influence on the right side of attack.

She had found the back of the net in the 4-0 WSL win against Leicester the weekend before.  Yallop opened the scoring in that encounter with a wonderful strike against the Foxes.  West Ham are currently fifth in the league.

Capping off a fantastic afternoon 💪

In the Championship Isobel Dalton played two matches over the last week.  She started and played the full ninety in Lewes' draw against Sunderland two weekends ago and their 2-0 loss to Durham this past Sunday.  The club sit 10th in the Championship. 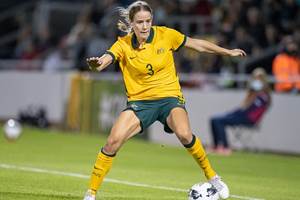 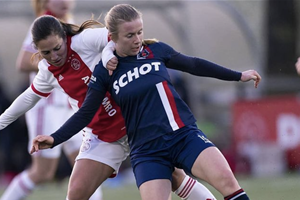 All WSL and Championship Australians are next playing next weekend.  The full schedule can be found using the following link.