Matildas' Dylan Holmes has come back to the A-League Women's, joining Adelaide United for the remainder of the 2021-22 season.

Holmes will return to the A-League Women and Adelaide United for her fifth campaign with the club.  The 24-year old last played in Australia's top flight in March and subsequently left for Swedish Damallsvenskan side BK Häcken.

While in Sweden she won the Swedish Women's cup and was runner-up in the Damallsvenskan.  In total she made 15 appearances total for Häcken, scoring 3 goals in the process.  Holmes experienced Champions League play, facing Norwegian side Vålerenga and then Ellie Carpenter and her French side Olympique Lyonnais.

While abroad the 24-year old got her first cap with Australia, coming on in the Matildas' game against the Netherlands last march.

However, Holmes and BK Häcken parted ways earlier this week, with the club announcing she was returning to Australia in search of more playing time.  The former Adelaide captain has now returned home.  Speaking upon re-signing with the club, Holmes stated:

“I’m really looking forward to be returning to Adelaide United and working with Adrian (Stenta) and the girls.

“This is my hometown club and where I’ve enjoyed playing some of my best football, so I’m really excited to be returning.

“The team has made a solid start to the season and I’m confident I can really contribute and make a positive impact.”

"We’re extremely happy to have Dylan back at the Club.

“She is a brilliant player and her addition certainly bolsters our squad.

“Dylan brings a lot of quality to our side because she is technically very sound, works hard on and off the field to improve her game, and has immense leadership qualities.

“The experiences she has gained playing abroad and being with the Matildas this past year has undoubtedly helped only further her development.”

Holmes' addition will surely be welcomed by the team.  Adelaide opened their A-League Women's campaign with a 5-1 loss to Melbourne Victory before beating Canberra United 2-1 last week.  They currently sit sixth in the ladder.

Adelaide United next play Melbourne City away in Round 3 of the A-League Women on Saturday, December 18. 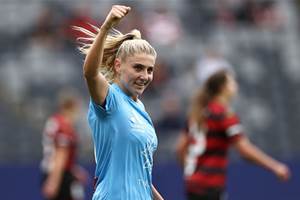 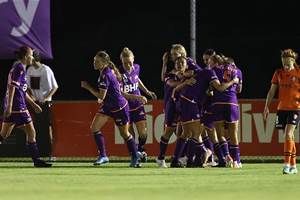 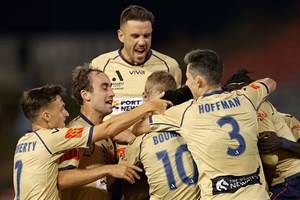