The Matildas have played Brazil seven times in the last four years and face them again tonight with their World Cup hopes on the line.

To say that the Matildas are hunting revenge in their World Cup clash with Brazil would be an overstatement.

The Australian side want to win for their own sakes, righting the ship after last Sunday's upset loss to Italy.

But there's certainly an element of retribution in the Matildas' minds given their last clash with the "Canarinhas" a major tournament.

Back in 2016, Australia emerged from their group at the Olympics to face the host nation in a blockbuster quarter-final in Belo Horizonte.

Over 52,000 people witnessed a tight 0-0 draw before Brazil edged the Matildas in a penalty shootout.

It hasn't been forgotten. It would be very nice to get this one up on them again," vice captain Steph Catley said.

Alanna Kennedy, who missed the decisive penalty and has previously called it "the worst thing that had ever happened to me", said that night was now buried deep away.

"I haven't really thought about it at all until you just asked me that," she said. "But it'll be nice to say that we came out on top (this time), that we won that little rivalry." 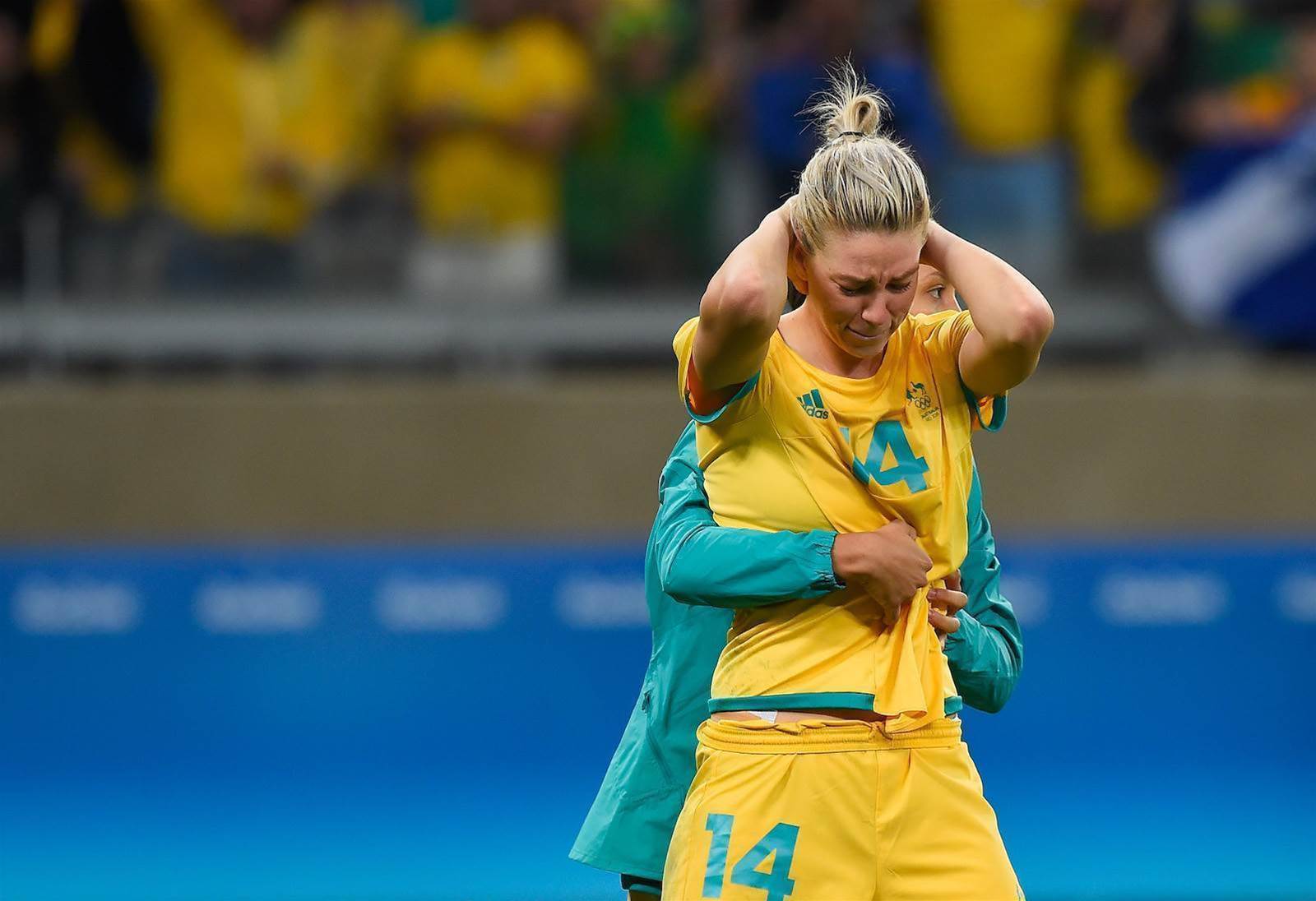 That loss still burns in the Matildas' memories, even if it's now just one of many clashes in an unlikely but furious footballing rivalry.

The two nations have met at the last four World Cups, with Australia inflicting an exit on the Brazilians in 2015 with a famous round of 16 victory.

"Beating Brazil in a knockout round, the first knockout match Australia's ever won was extremely special," Clare Polkinghorne told AAP.

Including that clash in Canada, by the time the final whistle goes in Montpellier, Australia will have played Brazil eight times in the last four years.

Indeed, the Matildas have improved against the world's most infamously football-mad nation, winning the last four encounters.

"That's obviously a slight advantage, maybe mentally, but you can't fall back on that," she said.

"I think we need to really focus on that game and what's going to be played in that 90 minutes."

The centre back, who could partner Steph Catley in defence with a cloud over Polkinghorne's availability, said this Brazilian side wasn't as good as the team that reached the final in 2007.

"From the outside in, its fair to say they are past their best," she said.

"But I also think it's a major tournament and you don't know.

"We definitely have a little bit of an edge on them in terms our most recent games. But you just never know."

So while revenge for the Olympics loss is one thing; erasing the memory of Sunday's 95th-minute loss to Italy is more front-of-mind.

"There's a feeling you get when you lose a game like that and if anything it just fires you up more," Catley said.

"I really lights something inside the team to kind of make sure that doesn't happen again.

"The reaction you get from it can be very strong and I think in our group, there's definitely a vibe that we'll have a strong reaction against Brazil."