No one is surprised when Catley stops forwards in their tracks. However, her ability to have top performances week after week in one of the top leagues in the world truly puts her skill level into perspective.

This week she was tasked with keeping Sky Blue FC off of the scoresheet and more specifically she had to stop former FIFA Player of the Year, Carli Lloyd. Sky Blue as a whole was limited to just three shots on goal and Lloyd contributed zero of them.

Catley once again showed she’s a top defender in this league.

The Thorns are still the top team in the NWSL and Raso is cementing she is one of the top players on the team. She disrupts defenses and for lack of a better pun, is simply a thorn in teams’ sides.

Just this week Raso opened the scoring for the Thorns, but also had all three of her shots go on frame. At one time she was a sub to spark the team in the second half and now she is igniting the team for a full 90 minutes.

Klepp IL heavily relies on Yallop and her performances for the team each game. She has netted a game winner for the club and provided the opening goal this week that propelled her team to win.

Klepp keeps seeing her importance and having her play full matches week after week. When Yallop has a good game it seems so does the rest of her team.

If she can keep putting up quality performances than the team will continue to benefit.

Two goals and a strong 🤙from Tameka Yallop in Toppserien pic.twitter.com/EQmNu4j03G 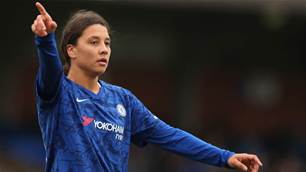 Kerr: 'It's not easy as an Australian footballer' 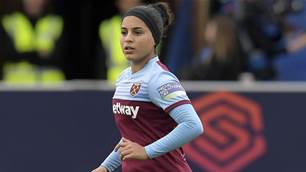