The latest chapter in one of Australia's richest modern football rivalries will be written this week when the Matildas take on Brazil's Canarinhas.

If history is any guide, it's going to be one hell of a battle.

The Australians and Brazilians have met at the past two major tournaments.

In 2015, the Matildas sent Marta's side packing from Canada with a gritty 1-0 win in the round of 16; the first knockout round match Australia has won at a senior World Cup.

A year later, Brazil edged a penalty shootout in front of 52,660 people after a 0-0 draw to continue on at their home Olympics.

This will be the eighth meeting between the two sides in the past four years with Australia winning the past four.

But long before the Matildas climbed through the rankings to become a top-seeded nation at a World Cup, they met Brazil for a place in the semi-finals of the 2007 tournament.

The Matildas fought back from a 2-0 deficit - with World Cup debutant Lisa De Vanna among the goals - before they succumbed 3-2.

Sarah Walsh, at her first World Cup, remembers the match.

"It was wild. The thing I remember the most, was that it was the most brutal, physical game I've ever been involved in," she said.

The Matildas had just scraped out of their group at a World Cup for the first time, courtesy of a last-gasp draw with Canada.

They felt this was their best chance to succeed at a World Cup, given the older generation - players like Cheryl Salisbury and Di Alagich - overlapped with emerging stars like Walsh and De Vanna.

Walsh said her expectations of Brazil were re-written in Tianjin.

"They're known for their flair on the ball. But it was the toughest game. I came out with bruises everywhere," she said.

"They really let us know who was boss. We were rattled.

"That still is a massive part of their game they don't get a lot of credit for.

"When their ball movement and their passing game isn't working they'll let you know about it to try to control the match that way.

"They still do that."

Heather Garriock, playing at her second World Cup, remembered who scored the winner.

"Friggin' Cristiane scored with her right foot. I knew she didn't have a right foot and it was a fluke," she laughed.

That would be the same Cristiane who scored a hat-trick against Jamaica on Sunday to help Brazil to a 3-0 win at this World Cup.

The goal Cristiane scored to knock Australia out of the 2007 World Cup was her 33rd international strike. 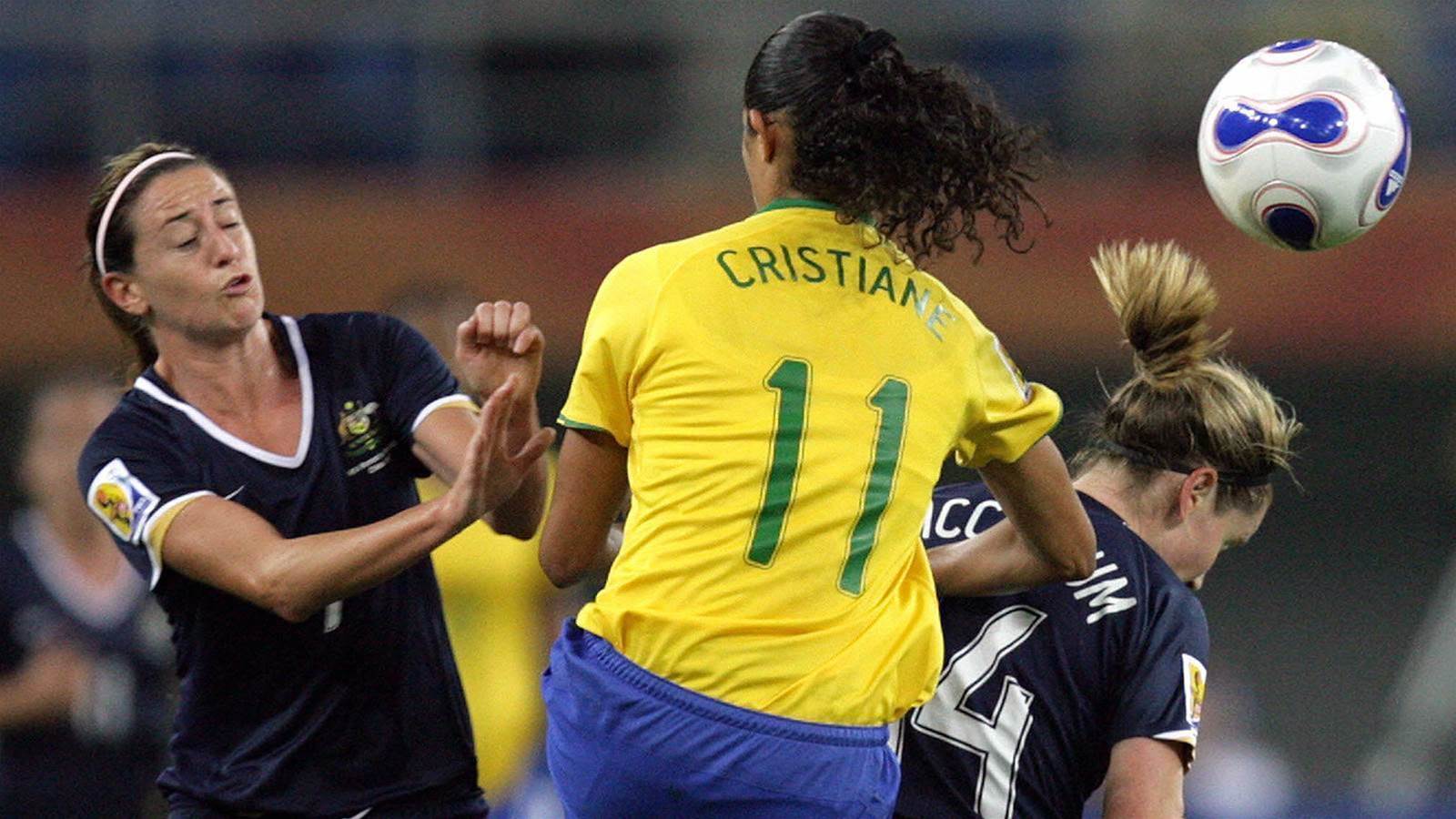 The free kick to crown her treble in Grenoble - yes, with her left foot - was the 34-year-old's 93rd for Brazil.

"That was one of the hardest games I've ever played in. They were so physical," Garriock said. "That era of football was Brazil at their best.

"All their players were firing ... Formiga, Cristiane were at their peak. But we thought we had the team to be able to make it out of the quarter finals.

"We weren't just happy that we competed with Brazil. We were disappointed that we didn't get the result because we knew in extra time, our mentality could have taken us through."

Soon after the tournament, Garriock and Cristiane found each other rooming together during a stint at Chicago Red Stars.

There's plenty of overlap between the current-day teams, given how often they play together, and through the USA-based National Women's Soccer League.

Alanna Kennedy and Emily van Egmond are at Orlando Pride with Marta, while Caitlin Foord, Ellie Carpenter and Hayley Raso play with Andressinha at Portland Thorns.

The two nations first met in 1988 at the pilot World Cup in China, when Janine Riddington scored the only goal of the game to give Australia an unlikely win.

Since then, there have been 19 meetings, with Australia winning nine and Brazil eight.

Garriock said she took pride in helping the Matildas carve out a rich rivalry with an established football powerhouse.

She added: "They highly respect Australia. They've respected us since back then." 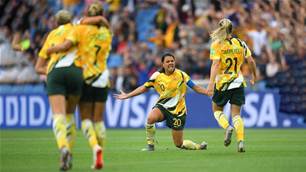 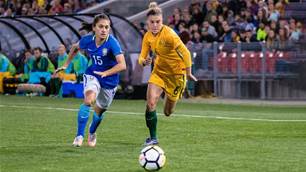