While the fans were still celebrating the Matildas win the players had already switched their focus to their upcoming challenge - a Round of 16 clash against Norway.

This will not be the first time the Matildas have come up against Norway in a major tournament with the Aussies clinching a last minute victory in the Group Stage of last year’s Algarve Cup in Portugal.

However the team will not be dwelling on this result with Chloe Logarzo acknowledging that the World Cup is a completely different ball game.

"Norway is good competition, we’ve played them a few times and I’ve actually played in Norway so I know a lot of the girls so it’ll be a nice fight.”

Steph Catley is also wary of the Norwegian team’s ability having followed their progress through the tournament.

“I’ve watched a couple of their games this tournament and I think they look like a really strong side," said Catley.

"They’re really disciplined, they’re strong players so I think that will be a massive challenge for us.”

Sam Kerr thinks another challenge is that the two teams have a similar playing style that will make gaining control of the tempo of the game a real challenge.

“I know they’ve got a few good players," said the Australian skipper. "I’ve seen the game last night and they like to play football like us and pass the ball around.

"They’re a European based team which we haven’t played too much in the past but the focus ourselves is always the same.”

However she takes confidence in the way the Matildas forwards have been firing in recent matches. 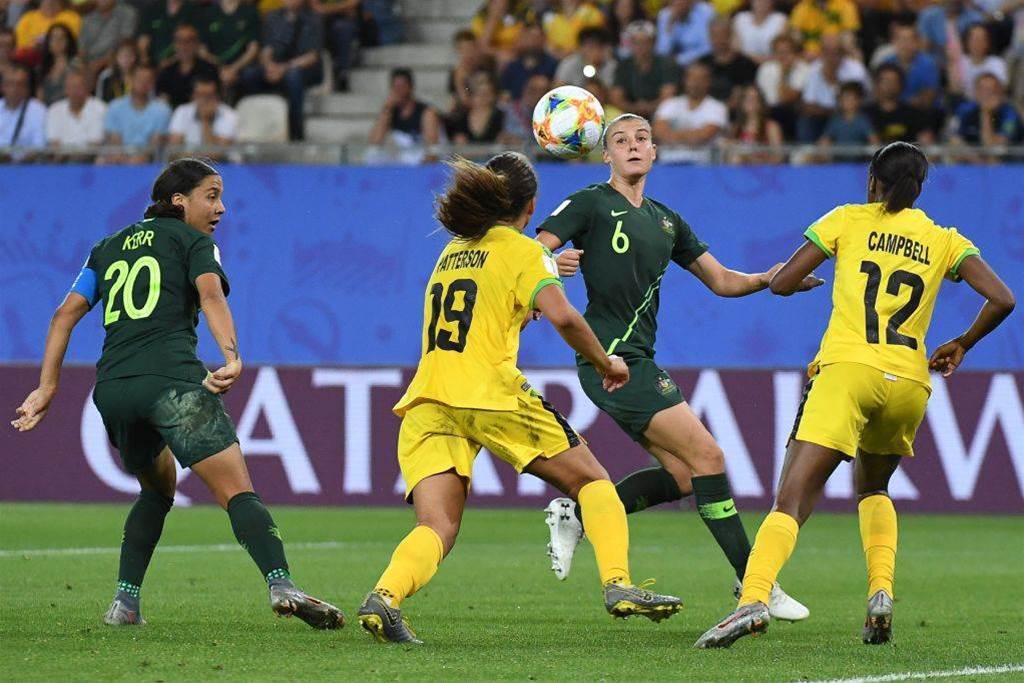 “I think it’s really important for us that we’ve had multiple goal scorers. Last game we had Chloe, we had Caitlin Foord and now myself so we have goal scorers all over the park but any time your forwards are firing it’s a good sign, you know goals don’t come easy, especially in the next round.”

Catley believes the team will also benefit from the rotation of players for the match against Jamaica.

“We had a couple of fresh faces in there today so we could rest up a couple of legs which is really important going into this next round,” she said.

While the team was unaware of exactly who their next round opposition would be until both Group C matches had finished Kerr believed they were up to any challenge.

“We’re honestly confident playing whoever and I think that’s why Ante didn’t really mind how much the score was tonight, he just wanted us to win," said Kerr.

"Obviously playing France at home in front of a packed out stadium would be a lot of pressure but we’re confident in our own ability and we’re excited to go to Nice.”

Catley agreed that while second place has seen them end up with what is generally seen as a less intimidating match she knows that there is no such thing as an easy path in a World Cup but the team is up to any challenge.

She added: “You’ve got to beat everyone at this tournament anyway so eventually you’re going to come up against them at some stage.

"You would rather it later on in the tournament but either way you’ve got to play against them.”

Logarzo is also focusing on the future, looking to the Matildas next game and beyond: “For me, we just keeping trying to push outside of our boundaries, not really be comfortable with just making it through to the Round of 16.

"For us, with the national team we’ve never progressed further than the quarter finals so we’re looking to take it all the way.”