As the second match day of the Cup of Nations rolls around, Australia will be facing off against familiar neighbours Korea Republic on Sunday evening.

Both teams come into this game having won their respective matches on Thursday at Leichhardt Oval – the Matildas with a reassuring 2-0 win over the Football Ferns, while a resounding attacking performance from the Korea Republic saw them thump Argentina 5-0.

The last time these two sides met was during the first group match at the 2018 AFC Asian Cup, where the defensively-sound Korea Republic held Australia to a frustrating 0-0 draw.

There are just slight personnel changes to the squads this time around – The Matildas missing Chloe Logarzo, Katrina Gorry and Kyah Simon in midfield, meanwhile a key defender in Kim Do-yeon and goalkeeper Yoon Young-geul are not in the Korea Republic team.

This heavyweight clash between FIFA ranked sixth and 14th will potentially be the decider of the Cup of Nations title, with the Korea Republic currently on top of the table and Australia trail behind by three-goal difference. 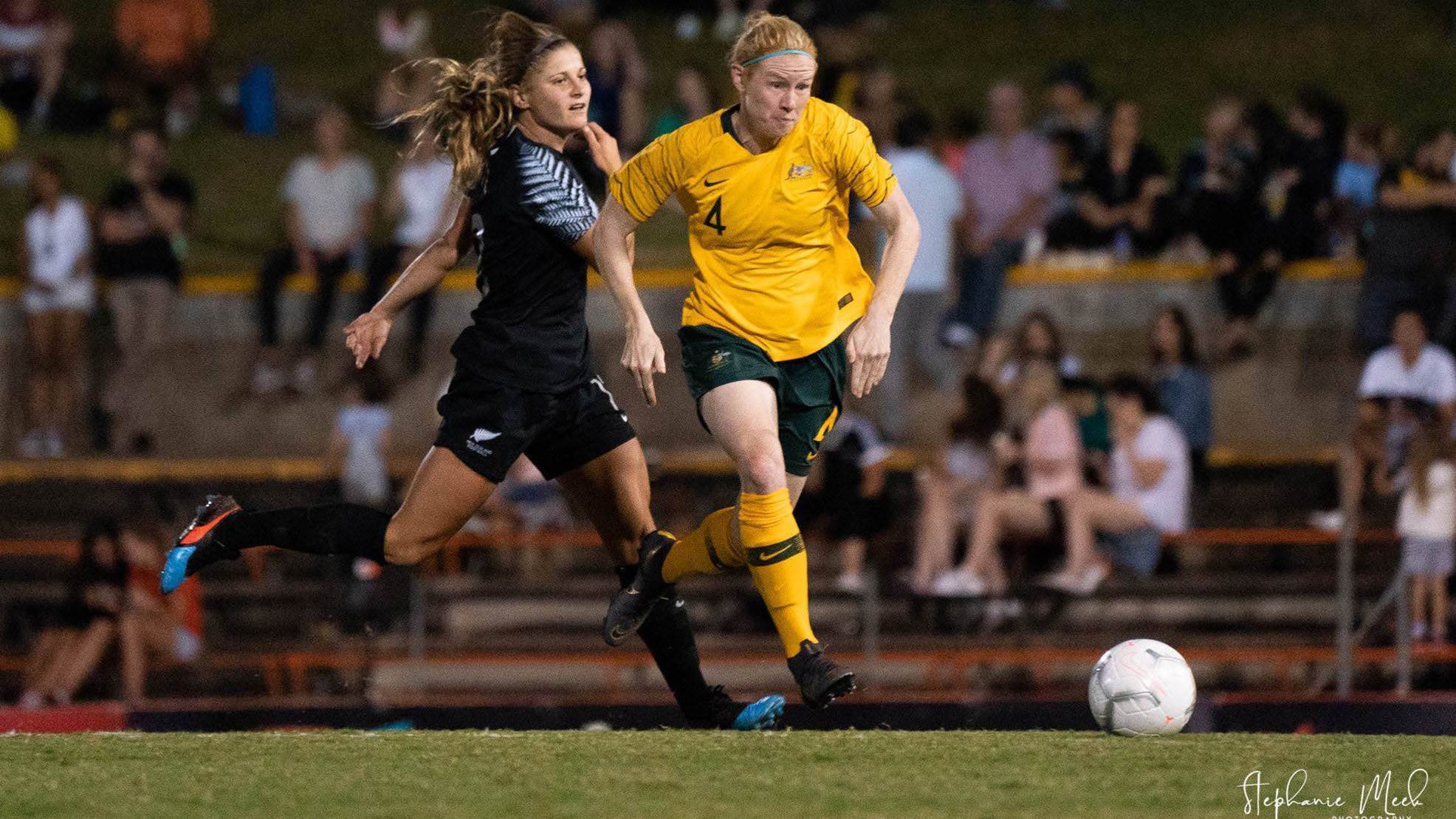 After the two sides last meeting at the Asian Cup and their recent result against New Zealand, it is clear the defence will be important in this matchup. It is unclear what Ante Milicic has planned against the Korea Republic.

The high pressing against New Zealand catch Australia out at times but it did become more streamlined in the second half and compacted the Kiwi attack.

Either way, the central defensive pairing will play a massive role with Clare Polkinghorne likely leading the way. While the Korea Republic is a defensive minded side, they know the right moments to counter-attack and break a team open. This is where the 29-year-old is able to without hesitation to cover players who get caught out by this tactic.

While she no longer wears the captains' armband, Polkinghorne leads the defence by her actions, passion and experience. 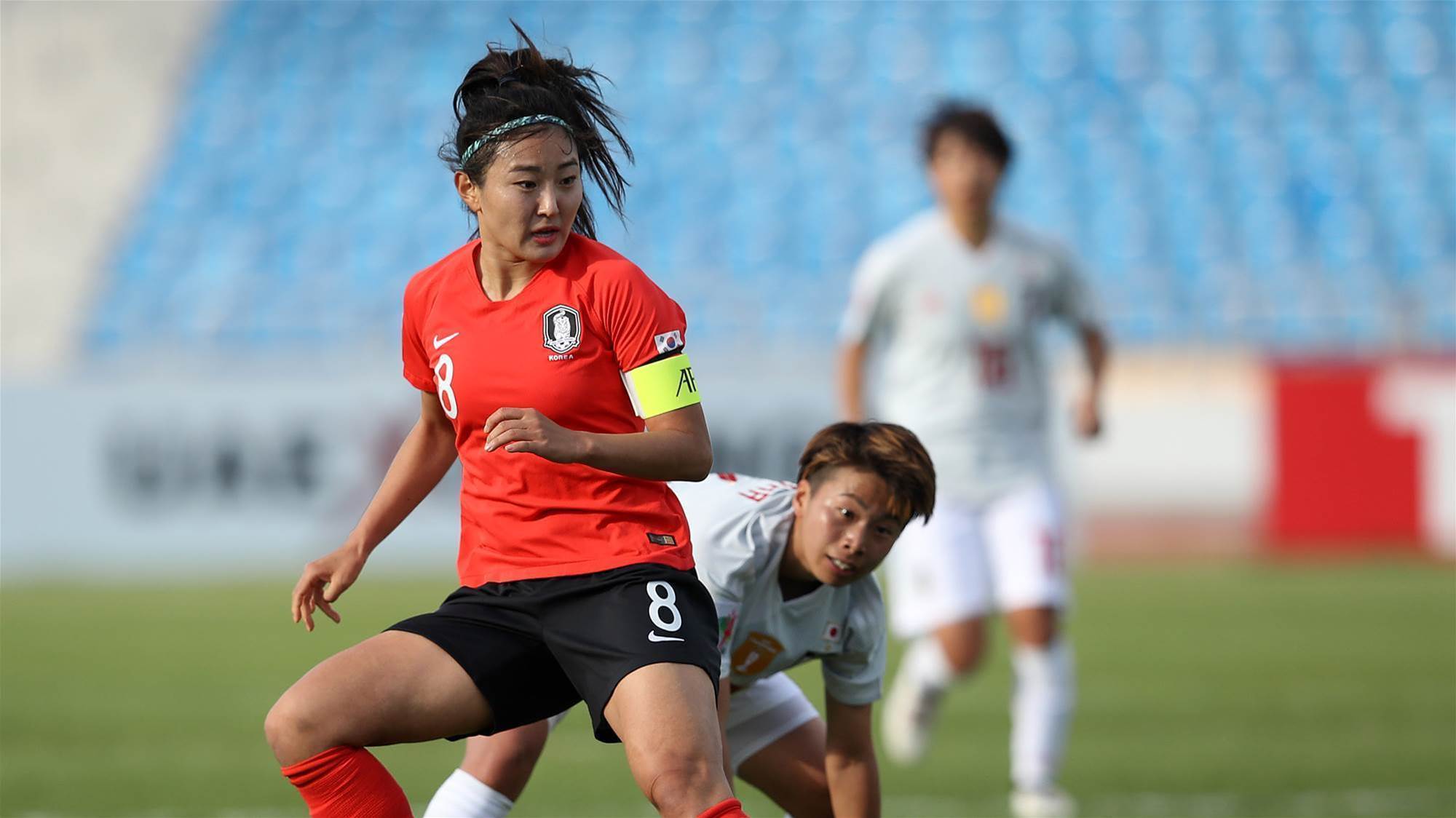 A versatile player who can be deployed in either midfield or defence, Cho So-hyun was one of the stand-out players in the group match during the Asian Cup, working across the park to nullify Australia’s play.

As the most capped (116) South Korean player and a recent signing to the English club West Ham United in the WSL, she has plenty of experience under her belt and her teammates will be looking to her for guidance and support.

While Cho did not play a part in the 5-0 drubbing of Argentina on Thursday night, she is certain to be suiting up for clash against Australia as her experience will be called into action.

Spectators of the match between Korea Republic and Argentina could be forgiven for thinking that the former side will bring in a strong attacking style onto the table again for this match.

Instead, their insanely organised defence will probably be on show, as that was proven to be the most effective against the Matildas’ preferred style of high press and direct play. In the Asian Cup game last year, the South Koreans were able to cut off passing lanes and stifle any potential opportunities for the Matildas by putting eight to ten players behind the ball.

Australia will need to be patient during the build-up and show discipline off the ball so that spaces can be created within the compact South Korean shape and allow for their speedy forwards to get in the final third.

They will also have to be clinical with their finishing, as opportunities would be hard to come by when playing against such a defensively-sound team.

Regardless of the outcome, there will be important lessons to be learnt for both sides heading into World Cup preparation.

The Matildas will need to solve a way to break down a parked bus and play in tight spaces, as there are likely to be teams who utilise this tactic against them. Meanwhile, absorbing high pressure and breaking quickly for counter-attacks will be on South Korea’s minds as they come up against the speed and high press of Australia.