Australian Arsenal coach Joe Montemurro has spoken about his team's relaxed approach to the COVID-19 pandemic, stressing that it's a time to reset for his squad.

Caitlin Foord's Arsenal have gone from a neck-and-neck struggle with Sam Kerr's Chelsea and league leaders Manchester City for the WSL title, to a far more laid back few months.

But Montemurro says that this is an opportunity for players to re-focus, enjoy their time away from the game, and most importantly focus on their mental health and a team bonding ethic.

“The most important thing right now is to be available," Montemurro told the Islington Gazette.

“I know there’s a lot of group scenarios happening with a lot of fun and a bit of competition amongst them right now. It’s fundamentally important that we can’t have the physical get-togethers, but we can definitely have some fun by communicating. Communication is paramount.

“We have [all been doing video calls together], but it’s probably more banter than anything of any productive nature! But it’s great, they’ve been really good and a couple of players have just started to do their own little bits and pieces in couples. It’s been good to just catch up and have a bit of a laugh and see each other’s faces.

“It’s more just to make people laugh, to be honest. It’s a testing time and these privileges as players have been taken away, we don’t have the choices and we’re told what to do. It’s an interesting time not only for the sport, but as human beings too. It’s a great time for us to really recalibrate and reboot.”

Foord has clearly been taking Montemurro's ethos to heart, recently making headlines with her own isolation DJing rendition while on lockdown back in Australia.

Just wanna keep everyone on top of there days, incase you’ve lost track it is a Saturday night 🤣 https://t.co/fjHbBzcpX7

Montemurro, who has also returned home to Melbourne, insists that with Arsenal's continued support, the vibe is positive.

“The club has been fantastic as a whole," he said.

"Like most organisations, they’ve all been given individual programmes, but in all honesty we’ve had a tough two-and-a half years. A lot of our players have come out of Euros, World Cups and winning the title last year, so it’s been a tough two-and-a-half years for a lot of these players.

“We’re quite happy for them to do their programmes and keep their individual fitness going, but also to take this time to refresh, relax and recalibrate, which I think is even more important in this stage.

“It’s a great opportunity to do that and it’s a great opportunity for us to be creative in this environment. It’s a balance of that, but also individual programmes because we have some players coming back from rehab from injuries and so on, so they’ve taken this time to really get right. All in all, it’s been positive.” 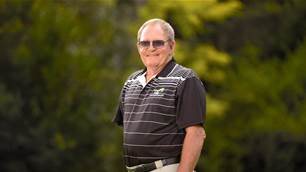 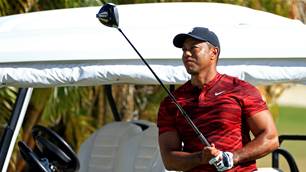