If FFA was bold they would make Thursday night’s game between the Matildas and China a double header with the A-League Sydney derby, says former Matilda Shelley Youman.

The call comes after the derby at Kogarah was called off today due to inclement weather, with Youman believing it would be easy to schedule one game at 6pm and the other at 8.15pm.

She says this would give both games a tremendous boost in terms of crowd and TV audience.

“Crowds would be low for both games if they were played midweek so why not combine the two,” she said.

“My thoughts are about maximising exposure for women’s football with an A-League game would not only increase the marketing opportunity, but also give people coming through the gates more bang for their buck.

Youman added it would be easy to then swap the March 21 derby at BankWest Stadium back to Nestra Jubilee Stadium or another venue of Sydney FC’s choosing.

The Matildas had a low crowd at Campbelltown last night, partly due to the weather, and have spoken in the past about how much they appreciate a big attendance for an important game.

With Sydney FC having a number of Asian Champions League games coming up, it leaves little time in the schedule to play a big catch up game such as a derby.

The likelihood of Youman's claims coming to fruition is low, with a lot of logistics to overcome, however Youman insists the FFA and A-League need to be bold and try something spontaneous to reinvigorate the game here.

“A local derby would be a perfect fit.” 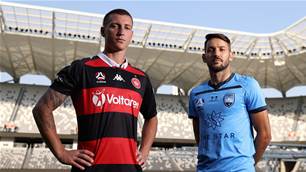 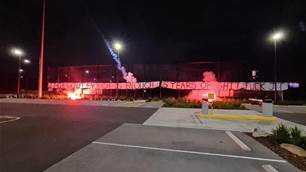 'If you haven’t got pride....' - Carl's challenge as fans demand change