They were the voices at Stade de Hainaut signing their hearts out wearing the green and gold.

The group known as Mad-Tildas may have been 15,000km from Australia but were enjoying every moment of the FIFA Women's World Cup.

The active supporter's group came together with the help of Brodie Wales, a Sydney FC supporter, and Majella Card, a member of The Roar Corp.

When the Matildas kicked off their World Cup campaign against Italy on Sunday afternoon in Valenciennes there were hundreds of Aussies sitting together and singing for the team.

"It has been amazing to date to see how well things have come together in such a short time," Card said.

"We still have a long way to go, but we got some great noise going in the first game and I hope that as more and more people learn the songs and see what we are trying to do it will just get bigger with each game." 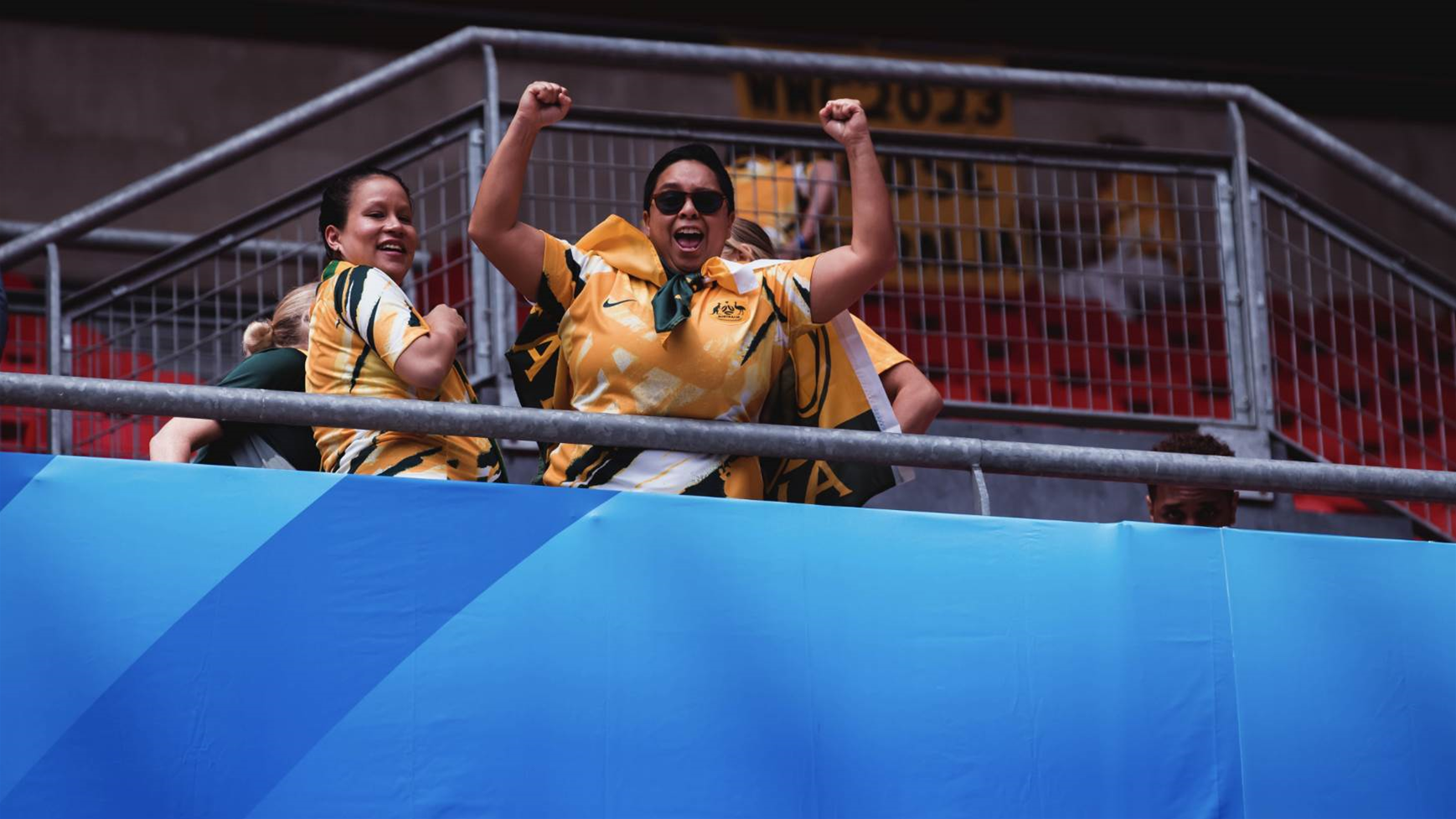 While the result against Italy was a loss for Australia, both fans were excited to see fans come to the Mad-Tildas post-match function.

"I was super excited to arrive at a packed bar for our post-match function, after a tough loss," Wales said.

"We had no idea how many would turn up, and there were 100+ Aussies coming together, raising our spirits with song and beer and getting ready to raise the bar for active support again in Montpellier.

"That's what this is about."

So how did this group come to be?

It all started after the Matildas qualified for the World Cup back in April 2018, Brodie made a Facebook group with Sydney FC fans she knew who were set to travel to France and she came in to contact with Card soon after that.

The Roar Corp, the group Card is part of, had been talking about putting an active group for the Matildas in place but they didn't want it coming from a particular club.

"That's why it was great that Brodie, being a Sydney fan, had taken the initiative to start the group and reach out to us and other fans around the country - our members were more than happy to jump on board and be part of building a unique Matildas supporters community," Card said.

Their first outing was during the Cup of Nations in February, where they tried to have a presence at every game. For the Matildas match against the Korea Republic in Brisbane, they were able to liaise with the FFA to organise an active support bay.

While The Roar Corp already had songs and chants for all the Brisbane Roar players involved in the national team squad, resident song-smith Mandy Jamieson worked hard to come up with a raft of new songs so all the players were appreciated and supported while wearing the green and gold.

"We hope that by building a strong Mad-Tildas group more local supporters in each major centre will get involved so the team have that vibrant support at any game on home soil," Card said.

Active support is becoming a key part of women's football. It gives fans a space to not only meet other like-minded supporters but help continue growing the women's game.

Supporters, who are part of groups at a W-League level, can discuss with clubs what the future holds for their team and what they think needs to be improved.

However, it is the colour and noise they make during the games that makes it so unique.

"I do feel that colour and noise is a unique part of our game overall and that our amazing female footballers work their butt off and deserve the best kind of support possible and that active is an important part of that," Wales said.

"The supportive environment of the women's football community that Brodie mentioned also means the nature of active support developing internationally and in Australia is one of inclusiveness and respect, but still with a side of healthy one-eyed parochialism," Card added.

Keep an eye out for Mad-Tildas in the crowd of Stade de la Mosson against Brazil on Friday morning (Thursday night local time), they are looking to make some noise.

"We absolutely intend to keep the noise coming against our old foe Brazil," Card said.

"We are also taking lessons from the first game to improve game day, get more people involved, and make even more noise!"

If you're in Montpellier head to O'Carolans Irish Pub from 1pm for the pre-game fan meetup with the Mad-Tildas.