Alamein will meet premiers South Melbourne tomorrow afternoon in the NPLW VIC semi-final and Checker has happy to wear the underdog tag.

Lawson is a wide attacking midfielder and played 27 games this season, scoring seven goals and Checker said she was good enough to play in the W-League.

“I don’t like calling out individuals, but Janna has standout qualities that not many girls in NPL or Australia have,” Checker told The Women’s Game.

“She’s got pace, she’s quick and she’s smart. I think if you’ve got pace as a footballer then it’s the perfect combination out wide.

“If you give her a bit more learning and time to get experience, she’s someone I think can make it and someone that has a lot of talent. 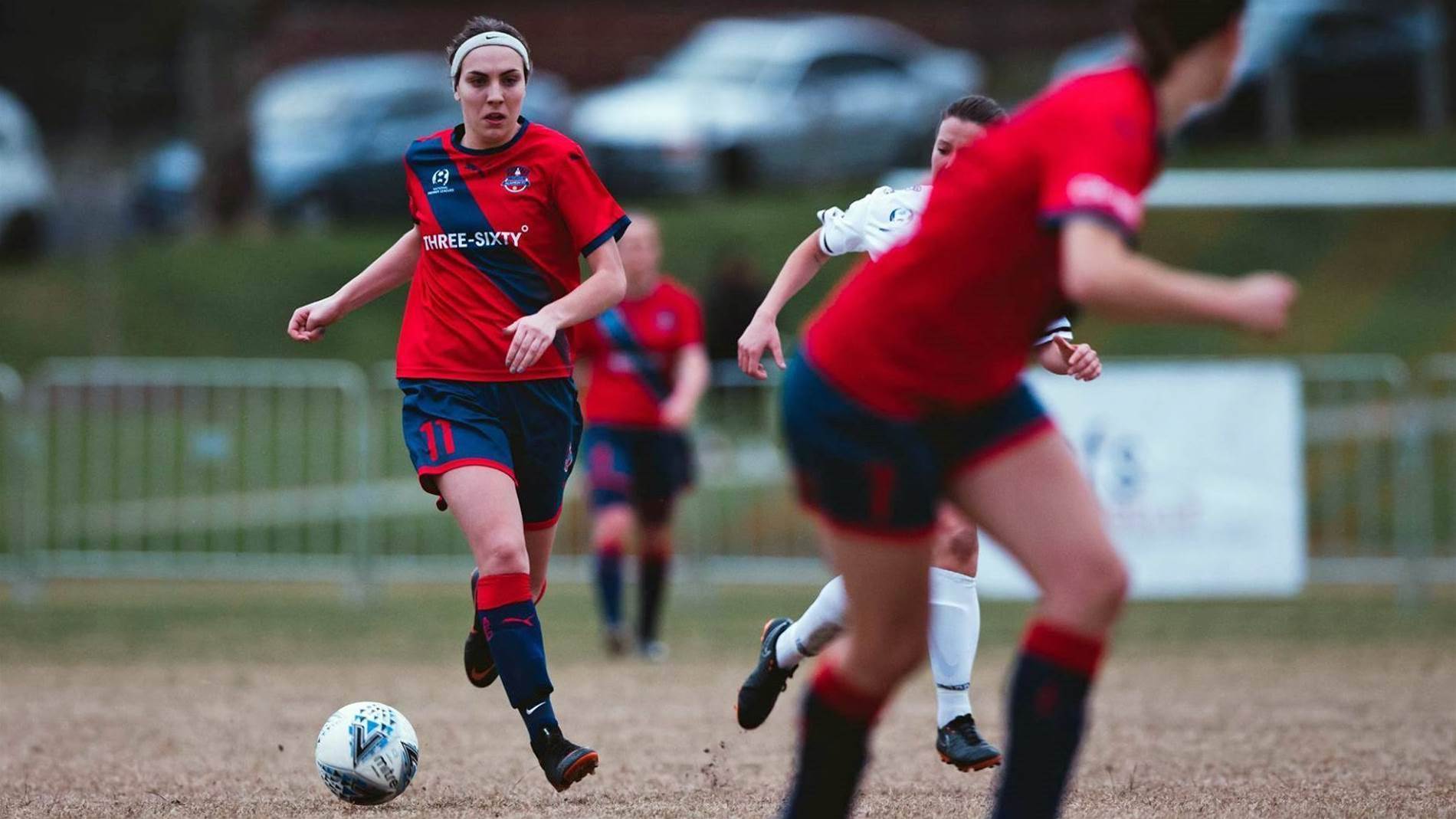 Lawson in action for Alamein this season. By Rachel Bach (@bythewhiteline)

“We have pace out wide with Janna and she has absolutely shone this season. She’s played well against good players and she’s beaten them.

"It’s players like her in our team that can make a difference.

“We’re lucky that a lot of the girls we have, have the ability to do it and I think that’s one of the best things about our group - they’re quality people.”

Alamein finished fourth this season and Checker admits the other sides are expected to prevail on paper.

South are favourites for the game at Lakeside Stadium, finishing first in the regular season on 63 points with guns Lisa De Vanna and Melina Ayres helping them to finish first.

Checker’s side have beaten South twice this season out of their three encounters and the winner of this semi-final will play in the Grand Final at AAMI Park against Calder United or Bulleen Lions.

Ayres has scored 41 goals this season and Checker said they were wary of her threat.

“Melina is one of those players that can hurt you if you let her,” the 22-year-old said.

“We respect her quality and I think she’s a great person and player. I don’t fear her and we’ve got players to match her.

“I haven’t played in NPL for a few years now, but if I compare it to last time I was here, I think it’s massively different. 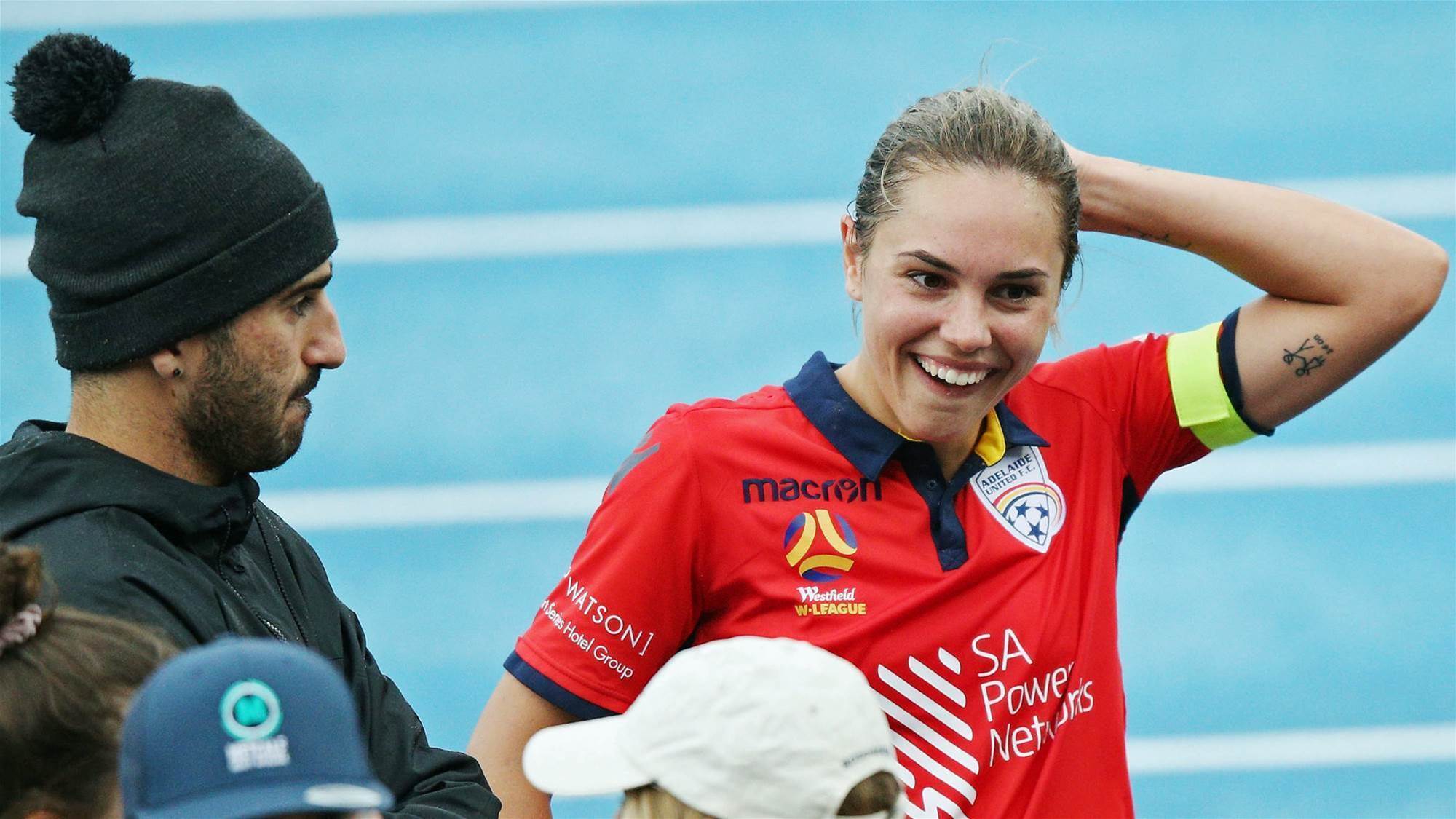 Checker will be back with the Reds next season

“South have players like Lisa and Geelong Galaxy have Laura (Alleway) and the fact you’ve got quality players in the league says something.

“It has come a long way and it’s only going to continue to grow. Every club is trying to be more professional and South are a good example of where they’re setting the bar.

“On paper we don’t match all the other teams in the finals, but we have character, we gel well as a team and I think that’s more important. We stand out and I think we can achieve something good.

“The biggest thing I’ll focus on is making sure everyone is calm and composed. It’s a big game and we don’t have to change our mentality going into it as it’s worked for us during the season.”

Checker has played 22 games for Alamein this season and has got through the season unscathed after a run of injuries in 2017.

She is set to return to Adelaide United in the W-League next season and with three Australian caps under her belt, she is dreaming of playing in the 2019 World Cup in France.

“You play to achieve big things and I’ll always have France in the back of my mind,” Checker said.

“I’m working towards big things, but the main focus for me this year was getting my body right.

“I’m definitely enjoying my football and I feel stronger than I have in a long time. If it’s meant to be then, it’ll be and I’m making sure I’m doing everything to have a crack.”