Sydney FC's Chloe Logarzo has returned fire at Jess Fishlock's suggestion that Melbourne City are the best side in the W-League by asserting "you can't beat a team that never gives up."

The battle of words between Sydney FC and Melbourne City hotted up after Fishlock made a number of post-match comments to The Women's Game after they beat Brisbane Roar in last weekend’s semi-final.

"We know what Sydney are about and we know their players but we truly believe in our group and our quality, and we believe we are the best team in this league,” Fishlock said.

While Sydney Midfielder Logarzo conceded City are a strong team on paper, come Sunday’s W-League decider it will be a different story.

“At the end of the day you can’t beat a team that never gives up,” she said speaking to FourFourTwo.

“It doesn’t matter who is on the park, at the end of the day if we are better than them and if we want it more we will win.”

Logarzo has spent the past two years as a Matilda regular and had an outstanding W-League season for the Sky Blues.

The 23-year-old said she takes responsibly to affect her teammates will to win very seriously.

“I know my role within Sydney and the national team,” said Logarzo.

“The biggest aspect I give to the team is my desire.

"If I can influence my teammates to have the desire I have, I believe 100% they’ll exceed all of my expectations.

“Without taking the responsibility on, it comes out of me because I can see that potential in other players in the team, the only (thing) they lack is the desire.”

Sydney FC coach Ante Juric feels that while Fishlock has earnt the right to be self-assured, the Sky Blues have their own reasons they can win on Sunday.

“At the end of the day they’ve won two championships in a row, so you’d want to be confident," he said.

“(Fishlock) can back it up and that team can back it up, but we take it with respect and we definitely won’t get intimidated by things like that.

“Our girls are confident too. I’m not fussed what people say or don’t say. Sometimes people get intimidated by words. Our girls won’t, and I don’t either.

“Everything we do we want to do it with effort and work for each other," he continued.

“Once you do that and you follow the tactics we’ve got a good chance of winning and we’ll definitely give it our all in the grand final."

Sydney FC captain Teresa Polias told FourFourTwo that what the Sky Blues do on the pitch will be the only thing that matters in the decider. 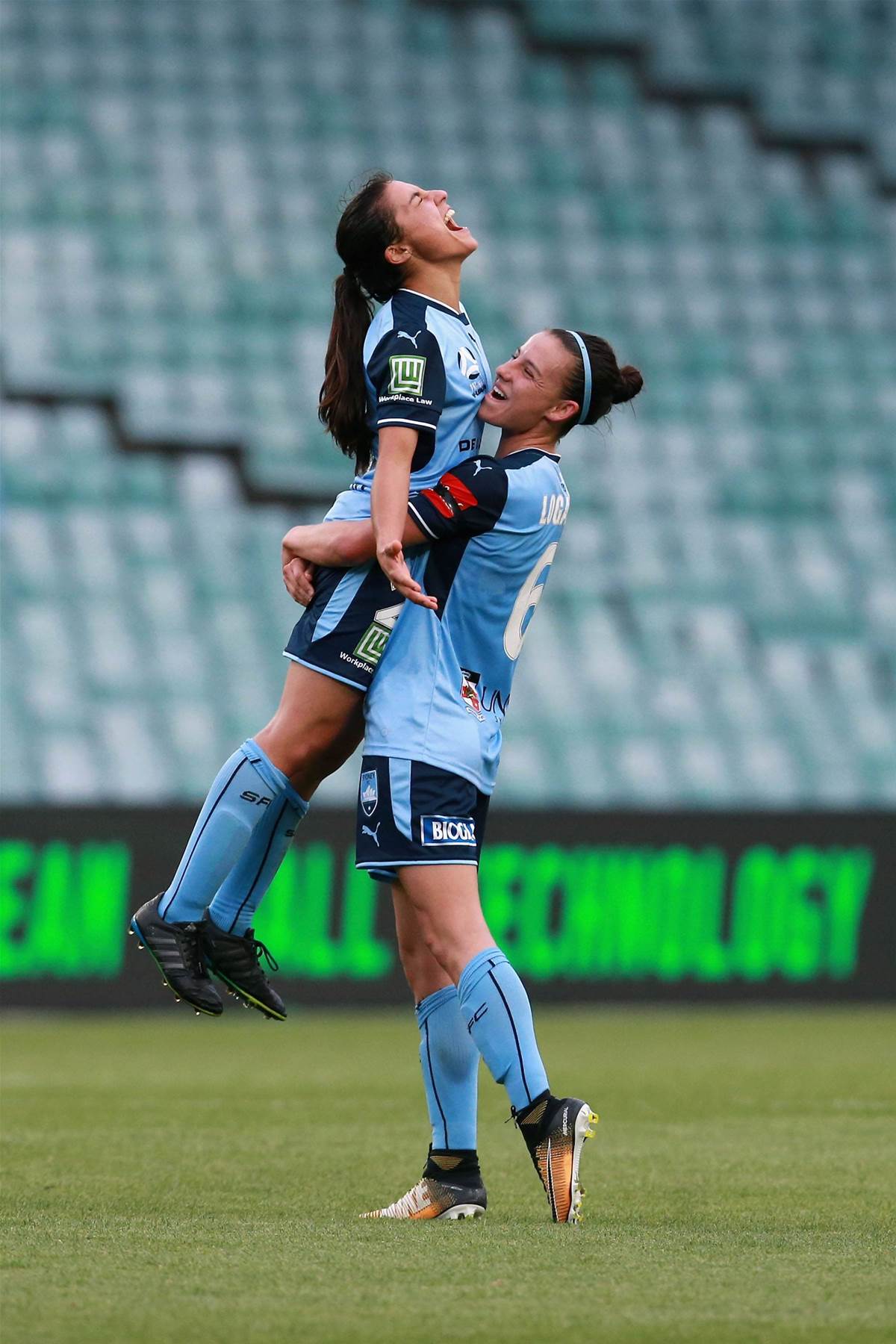 “It’s what we do that will either make us lose the game or win the game,” she said.

“I know the quality of the team we have, we have phenomenal players, the squad that Ante Juric has built is incredible.

“I don’t really read into what other players say about our team, I know that as long we focus on us and have our best game that we can win.”