The Preston Lions are embracing Female Football Week, with the club celebrating the girls and women at BT Connor Reserve.

The Lions have made tremendous strides in developing their women’s program over the past few years. The club is also nurturing future talent with their Lions Cub, Mini Roos and Junior Girls programs all having healthy numbers in 2021.

It is a healthy number the club is building on each year. The ultimate goal is to develop a pathway for the girls to the senior women’s team, which they hope will participate in the top tier of Victorian football as soon as next year.

Preston have made a good start to 2021, having progressed through to Round Four of the Nike Cup, and currently sitting in fifth position after Round Three of the VPLW (second tier), with a game in hand.

Young forward Hailee Mesiti, a crucial part of the senior women’s team, admits she is proud to be part of a club that has a genuine care for the women’s game.

“It’s a growing club who genuinely care about the development of their players,” she said. “They are trying to invest in the women’s program as much as they can and overall we have the best bunch of girls.

“Their passion for the game and how much they are striving to be better in the future is inspirational.

“They have goals for the entire club and want to be the best they can be.

“It has been amazing to watch the development and turn over of the club in comparison to a few years ago where there was no structure.”

Mesiti believes the current group are driven by building a legacy for the girls and women currently at the club and those who will join in the future.

“We want to create a professional, fun, loving environment where we want to produce the best out of every single player. We want to prove why we deserve better in the football world.”

Her sentiments are echoed by defender Monica Fonua, who joined the team this year with her two sisters, Christine and Lisa. Fonua admits she is loving life at BT Connor Reserve, in particular the strong culture the club has in its women’s program.

“The team is a great environment, really fun and some great banter,” she said. “The coaches are also great, good football people but they let us play and have fun with it.

“The team morale is also great. All of us get along, I mean everyone. The reserves and seniors are very integrated and it’s so much fun to be part of a group who all get on so well.”

Fonua admits her team have a clear goal of gaining promotion into NPLW next year, with the top two sides from VPLW set to go up for 2022.

“I think we really want to get promoted this season so we can give a pathway for our juniors to elite football in Victoria. I think this group really can create that legacy.”

The women are so invested in their club that a number coach juniors at the club, with a few also volunteering around the club including on match-days when they aren’t playing.

The Lionesses travel to Somers St this Friday night to take on Melbourne Knights in the VPLW before hosting NPLW outfit Box Hill United in the Nike Cup next Tuesday night at BT Connor Reserve. 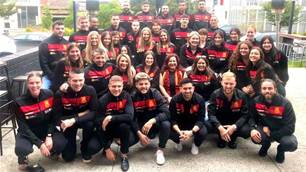 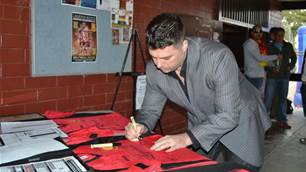