Sydney FC youngster Amy Sayer is set for a coming of age season at Sydney FC following her HSC exams and return from a lengthy foot injury, but it's a Matilda's legend who took her under her wing that have set her up for a spectacular career.

Everyone knows the grind of your final exams at school. The unrelenting pressure, late nights, stressful study sessions and procrastination.

The fear of doubt, ups and downs, copious amounts of caffeine and locking yourself in your room takes a toll on anyone that takes on the HSC.

Now imagine battling a year-long foot injury, and your professional football career at the same time.

The pressure of studying and the rehabilitation of her foot have caused Amy Sayer to compartmentalise. However, the impact of Sydney FC's experienced squad has lifted her to new heights in her early years as a professional.

If you ask which player Sayer believes has moulded the youngster into someone strong in the face of adversity, one name quickly comes to mind, Lisa De Vanna.

"Her passion for the game is something I really admire," Sayer told The Women's Game. "It was great to see the way she deals with the pressure she puts on herself." 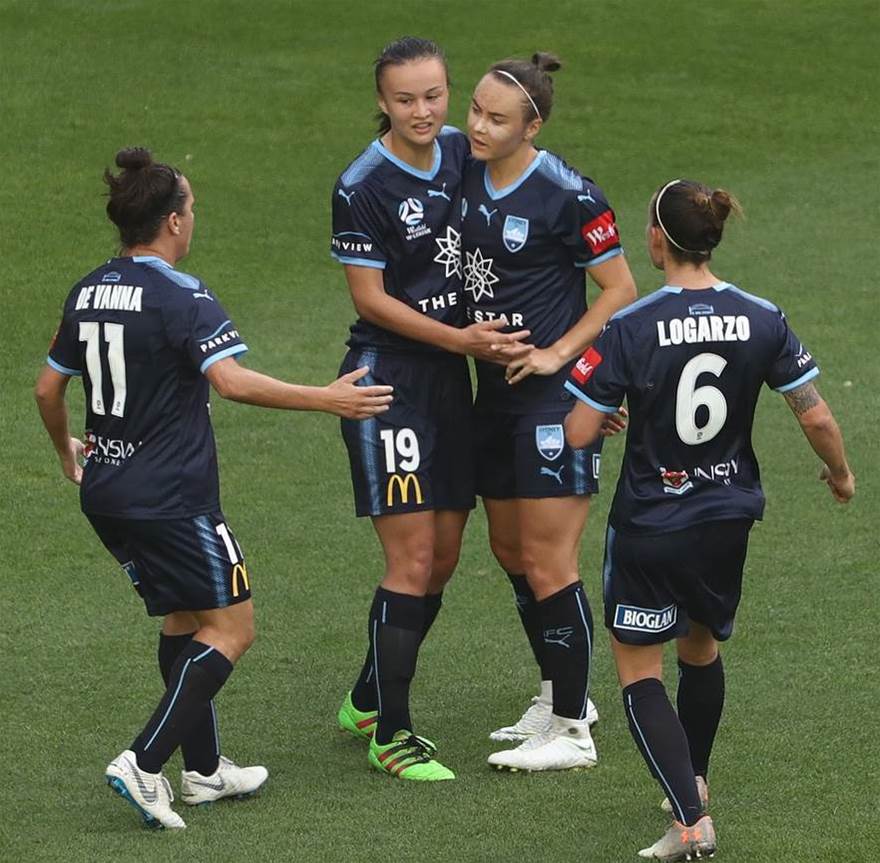 The Sky Blue forward has history with the Matilda's legend and has always looked up to a player she wants to replicate, both in tenacity and in success.

"When I was quite young she would make appearances for our school games and met her through that," said Sayer.

"She'd also be in and out of the Football NSW Institute as well as with the Young Matildas and Future Matilda's Program.

"She would train with us and push up our standards. I want to achieve and go to as many World Cups and Olympics as she has."

We are all familiar with the resume and accolades of the Matilda's greatest ever attacker, but her impact off the field and caring nature for the next generation sets her apart from the growing list of influential female footballers.

"It was very apparent last year being able to train with her and in the national team, she ws always looking out for me especially all of the young ones," said Sayer.

"I'm always striving to be better. My motivation is always when I'm facing hardship like coming back from my injury."

The hard work has only just begun despite finishing school for Sayer with Sydney FC recording a perfect start to the W-League season with a 3-0 win over Melbourne Victory.

With her 18th birthday on the horizon at the end of November, the Matilda's starlet will be hoping more milestones will follow.