Canberra United have added an eight player to their roster with the re-signing of Lauren Keir.

Canberra United's back line went through somewhat of a change in the offseason.

With the departure of Jessika Nash to Sydney FC and the current probability of Kendall Fletcher not returning after her joining NWSL side the North Carolina Courage, two big parts of last season's defence will be missing in 2021-22.

Head coach Vickie Linton will therefore be glad to keep Lauren Keir in her service.

2020-21 was a breakthrough year for the defender.  She has been with the club for the last four years, having made her debut in 2018.  Keir then played seven more matches in that and the next season, half of which were as a substitute.  However, last year she never left the field.

In doing so Keir played every single minute of the club's thirteen matches and picked up the title of 2020-21 Canberra United Iron Women, a distinction she alone held for United in the last campaign.

Linton stated about the re-signing: “Since her debut in 2018, the defender has shown reliability at the back but also made two great goal assists in Season 13 of the W-League, which led to game winning goals.”

Keir showed not just her endurance and dependability in the last season but also her flexibility.  She started games as a centre back and as an outside back on both sides of the pitch for Canberra United.

What is most promising going forward with Keir is her potential for growth.  Still young at 24-years of age, she had a good first season as a regular starter.  However, with more development she has the potential to be great.

The defender does want to grow and develop her game, having discussed with her head coach what she should focus on during the offseason.  Keir has continued to work through those goals as she prepares for preseason while also getting ready for 2021-22.

"At the moment I want to focus on the season ahead and just continue to play consistent football and develop as much as I can" Keir said in an interview about her recommitment to Canberra United.

Like many players across the country, Keir has been limited in her ability to prepare ahead of pre-season due to COVID-19 restrictions.  The defender has adapted though, training on her own before and after work, having some flexibility at the moment because she is working from home.

A full time public servant, she does plan to drop to part time as of preseason for the upcoming W-League campaign.  While Keir said that the dual-employment was challenging at times, she stated how she enjoys continuing her public service employment as something else to focus on during the season.

She also enthusiastically described the great support she gets from her co-workers and employer with regards to her joint pursuit of a soccer.  As a Canberra raised player they are surely not the only ones who will be cheering for Keir as she continues to defend her home town team.

Another home-grown star has signed on for another season! 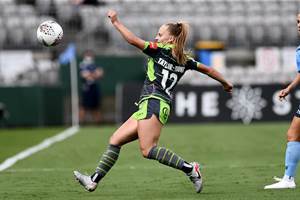 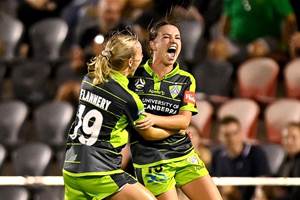 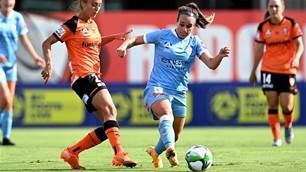