At the moment, each team in the competition plays just six matches, facing each other once over a three-round season which coincides with the WBBL.

Australia and New Zealand will play for the Rose Bowl trophy, in a three-match ODI Series starting next week.

"I guess it’s been an ongoing discussion for the last few years so will continue to be but the players will be strong on wanting to play as much WNCL as we can.

"Hopefully down the track that does happen.”

Looking to the series, Australia have suffered a few injury blows with both allrounder Delissa Kimmince and fast bowler Tayla Vlaeminck still recovering.

Meanwhile, opener Nicole Bolton is unavailable for the series as she takes a leave of absence from the game for personal reasons.

“She's going well which is great to hear, she's got a lot of support around her in circket and outside as well," Lanning said.

"It was a brave decision to take a step away, we've been supporting her all the way through and from all reports, she's been doing really well."

Batter Elyse Villani place in the side could come down to fitness, as she fights to overcome a hamstring injury. However Australian Team Physiotherapist, Kate Mahony has said it is progressing well.

"All progressing as planned, Elyse will tick off the final aspects of her rehabilitation over the next week and we expect that she will be fully fit for the start of the NZ series."

There are returnees as well with both left-arm spinner Jonassen back into the squad after missing the series in Malaysia with bowler Lauren Cheatle in line to make her first appearance in Australian colours since early 2017.

While the hosts go into the Series having held on to the trophy for the last 17-years, Lanning is expecting a tough match, with the Kiwi's having recently blown India away in a T20 series.

“We know they have a strong team and led by Satterthwaite and Devine, so we’re not surprised they’ve been playing well especially against a strong T20 unit in India so we expect them to come over here and play well,” she said.

The Series opener will be held on February 22 at the WACA in Perth. 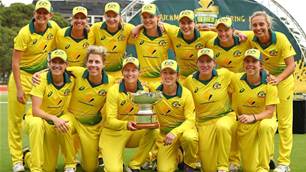 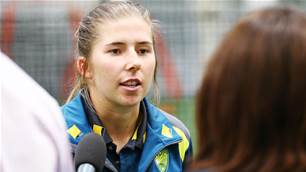 Wareham has her homecoming