One of the breakout players of Round 1, Kiera Austin took some time out of hub life up in Queensland to speak to us on her netball journey from the local game all the way to the Giants, and beyond.

“When I was about six years old...it was classic," Austin grins.

"My sister was older than me and was playing and I just wanted to do everything that she was doing, so I kind of followed.

"I guess the natural pathway was what I followed, so when there we were in New South Wales, I played in three nationals and went through the ANL system.”

If it seemed like a pretty straight forward pathway to the big time for Austin at the time, it wasn’t.

It turns out there were lots of ups and downs that made Kiera realise that not only this was going to be a lot tougher than she predicted, but that this is the sport she wanted to play in the big time.

“It got to me a little bit," she admits now.

"People would say they wanted to give me a contract, so I thought I was good enough to be contracted but then I wasn't contracted. So I was a bit like 'I don't know what I'm not doing to get to that point.'"

Prior to the World Youth Cup in 2017, there was a friendly tournament between Australia, New Zealand, Samoa and Fiji and it was held over in Fiji, so it was going to be a key in the selection process for the world youth team for Botswana.

"I wasn't selected for a tour of Fiji before going to Botswana for the World Cup and it threw me a bit, and I knew that I had to work so much harder than that.

"I guess I was going through the motions to make it.”

Austin ultimately had an awe-inspiring string of games in the ANL, that led to her selection in the youth cup team.

The team came second to over the ditch rivals New Zealand and It was that 'never give up attitude' that helped Keira know she was good enough for the SSN.

“I knew that that my standard of netball was so much different. That's kind of what it took to be in Suncorp. So I'd say it took that non-selection and no contract when I thought that was good enough to make me realise that there's so much more effort that needs to go in.”

The first season of the Suncorp Super Netball competition was in 2017, where three new teams were introduced, the Giants being one of them. This is what lead to Kiera’s first involvement in the program. 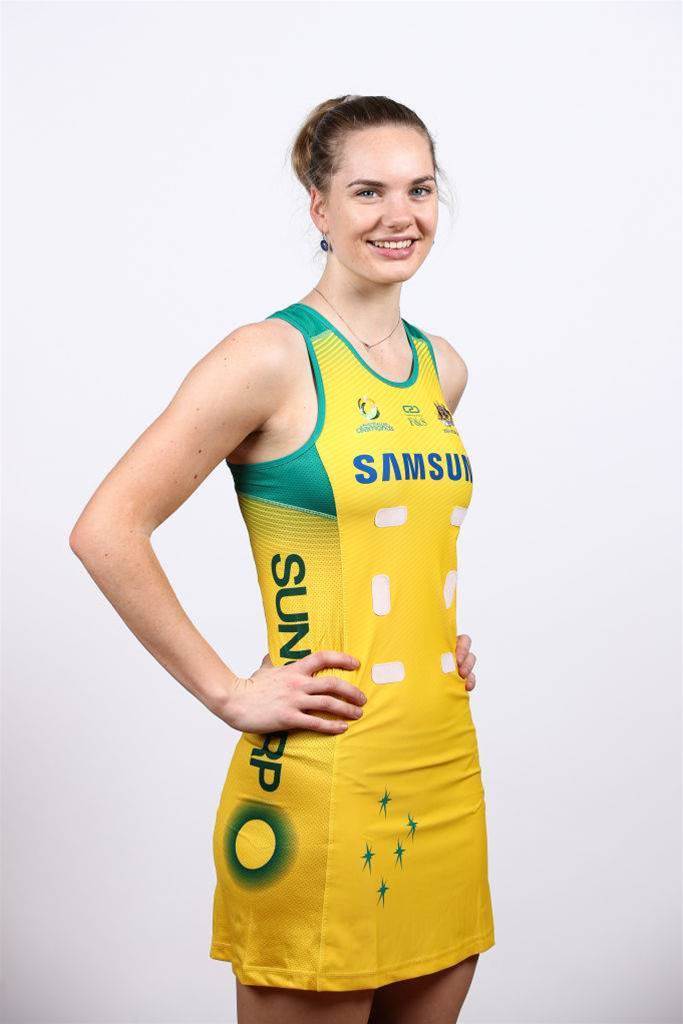 “I think it was in 2017. They had trained training partner positions…. Julie asked me to be training partner so that kind of brought me into the environment of I guess what it was then ANZ now Suncorp Super Netball.”

After a standout year in the ANL, Kiera was offered a contract to be a listed player on the Giants roster, later to debut in round 2, although it wasn’t the picture-perfect debut, it was one to remember.

"It probably wasn't as memorable as what you'd want your debut to be, I went on to the last five minutes, It was the year that bonus points were introduced. Yeah, and we were winning the game the whole way but because we were only winning the quarter, I think by one or two points I was like, I'm not actually going to go on at all….  so, I was like okay I'm not going to go all but in the last five minutes I went on and I was playing wing attack.”

During the 2019 Quad series, after an Injury sustained by giant’s teammate Caitlin Basset, Austin was able to join the camp over in Liverpool.

“It was only when C-bass got injured on that quad series that you know I got the call up and that was my first kind of taste to be in the diamond squad. I struggled with, because I'm very much a person that needs feel like I deserve to be somewhere and not having played much domestically I was like why am I here.

"Like I definitely think that down the track, I’d love to think that that's where my netball career will take me. If I knuckle down and do that, it's definitely possible.

"But I was definitely very surprised and being to a couple of camps now and see how those go trade like they've made me feel so comfortable and made me feel like I do deserve to be there.”

From what we’ve seen from Kiera Austin in her Suncorp career so far, she is sure to be a superstar of not only the competition, but the Diamonds line up in years to come.

Beyond Basset: The other Super Netball milestones this week