A brace from centre Isabelle Kelly has powered NSW to a 16-10 victory against Queensland in the inaugural Women’s State of Origin at North Sydney Oval.

Despite being without veteran enforcer Ruan Sims, the Blues were able to weather a valiant performance from the Maroons before proving a touch too classy in front of 6,824 passionate fans.

Fullback Sam Bremner was outstanding for NSW, while Hannah Southwell added plenty of punch from the bench.

Neither team gave an inch in the opening stages of the match, producing some bone-rattling tackles in true Origin fashion.

The determined Blues defence forced an error and earned the first attacking chance in the fifth minute, after a pin-point kick from five-eighth Lavina O’Mealey trapped Queensland deep in its own end.

And NSW nearly capitalised off the ensuing scrum, putting on a well-worked backline shift to place winger Nakia Davis-Welsh in open space but she couldn’t handle the pass and a certain try went begging. 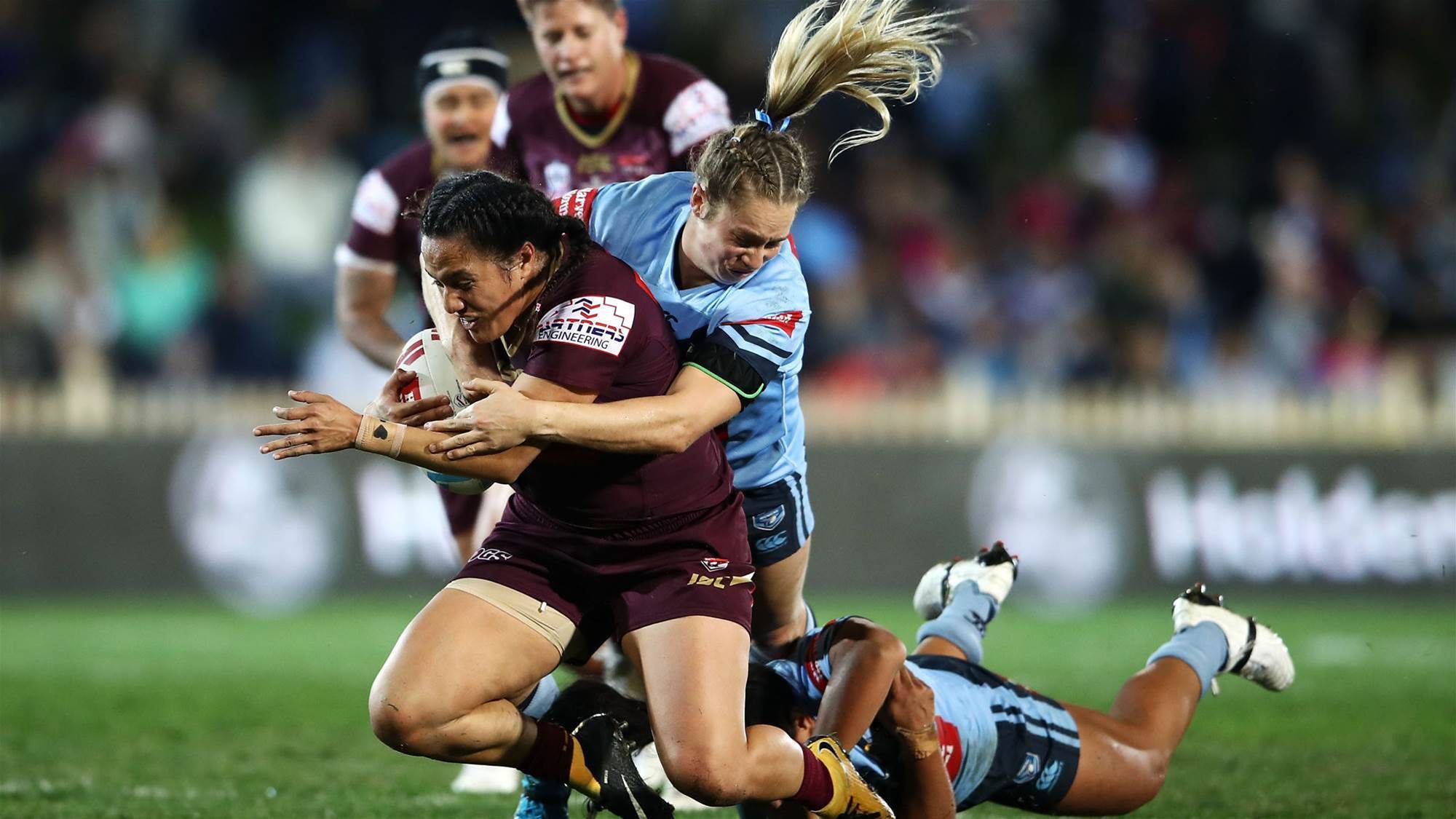 More crunching NSW defence moments later saw Queensland turn over possession again – and this time, the Blues made them pay.

With another quick-fire exchange of passing down the left side, the Blues created a massive overlap. Kelly crossed the line untouched, etching her name into history as the first Women’s Origin try-scorer in the process.

NSW halfback and captain Maddie Studdon powerfully drove her conversion through the posts, edging the Blues ahead 6-nil early.

Queensland hit back almost immediately, however. On the back of a penalty, the Maroons marched into NSW territory and collected four points through an athletic finish in the left corner from winger Karina Brown.

Chelsea Baker nailed the conversion from the sideline to level the scores following 15 enthralling minutes of high-class footy.

The Queenslanders didn’t let up on their momentum, punching holes in the Blues defence as they stormed upfield but NSW managed to absorb the pressure and soon hit back with attacking gusto of its own.