Despite coaching practices being under the spotlight over the sacking of Matildas coach Alen Stajcic, Sydney FC W-League boss Ante Juric says he will not change a thing.

When the FFA sacked Stajcic last month the reasons given were the alleged ‘toxic culture’ in the Matildas camp and that their decision to act was driven out of ‘care and concern for the players.’

A wellbeing audit that led to the termination, claimed a quarter of the players reported feeling psychological distress with subsequent claims that Stajcic’s high standards were a form of bullying.

Ahead of the W-League Grand Final that sees Juric’s Sydney FC take on Perth Glory, the Sky Blues coach revealed that he won’t be changing his coaching practices despite recent developments.

“There’s no chance,” Juric said. “I’m not going to change in any way because I don’t do anything wrong, so why change when there is no reason.

“I’ll never change the way I do things because I know I’m a decent guy and I coach the right way in women’s and men’s, kids or adults football.

“I worked with Staj (Alen Stajcic) – he did a good job and good things. It’s just a shame.

“The truth will come out now as well and people will see that he shouldn’t have been sacked and there were things that were bigger than just that.”

Last season the Sky Blues managed to make the decider with a 10 game unbeaten run but ultimately came up short in the Grand Final, losing 2-0 to Melbourne City.

This term Stajcic’s sacking threatened to affect the club, which is packed with Matildas, and Juric praised the team’s strength in overcoming the situation.

“It’s been tough for everyone in involved,” he said. “We’ve had the Matildas’ issues and the girls have been worried about who the national team coach is and it’s been ongoing.

“You saw this week what Staj, the poor guy, and what he’s going through and the girls are going through less, but to a similar degree.

“It’s not right but they are professionals.”

Stajcic’s sacking was announced the week Sydney FC took on Brisbane Roar and despite the internal distress, the Sky Blues won the match.

However Juric does not believe the team’s resilience was born out of that moment.

“Three weeks ago they got through it. Now they are not even thinking about it in all due respect,” he said.

“Where other teams have gone through easier paths and not have to worry about not making the finals, we went through a stage this season that if we didn’t win games we wouldn’t have made it.

“So that will help us. They have done a great job to end up where they are for each other and the club.

“When it counts they have produced the goods and I’m sure they are going to do it again on the weekend.” 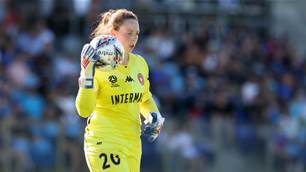 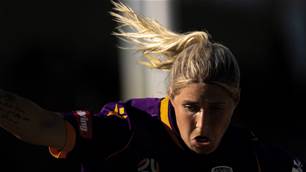