The Australian and New Zealand Governments today launched an historic joint bid to bring the FIFA Women’s World Cup to the Southern Hemisphere for the first time.

Venues in all six Australian states would be used, with a renovated 75,000-seat stadium at Sydney's Olympic Park slated to host the final.

FFA President Chris Nikou believes a co-hosted FIFA Women’s World Cup will supercharge the development of women’s football across the region and unlock significant investment in the game.

“As trusted members of FIFA, FFA and NZF are committed to hosting an excellent Women’s World Cup that delivers real benefits for the game not only during tournament time, but in the lead up to the competition and afterwards,” Nikou said.

“The decision to host the FIFA Women’s World Cup in 2023 in Australia and New Zealand, two leading nations in the promotion of women’s football and gender equality, will accelerate the game at both the grassroots and professional levels, lighting a path for future generations of footballers, administrators, and fans in Asia-Pacific.” 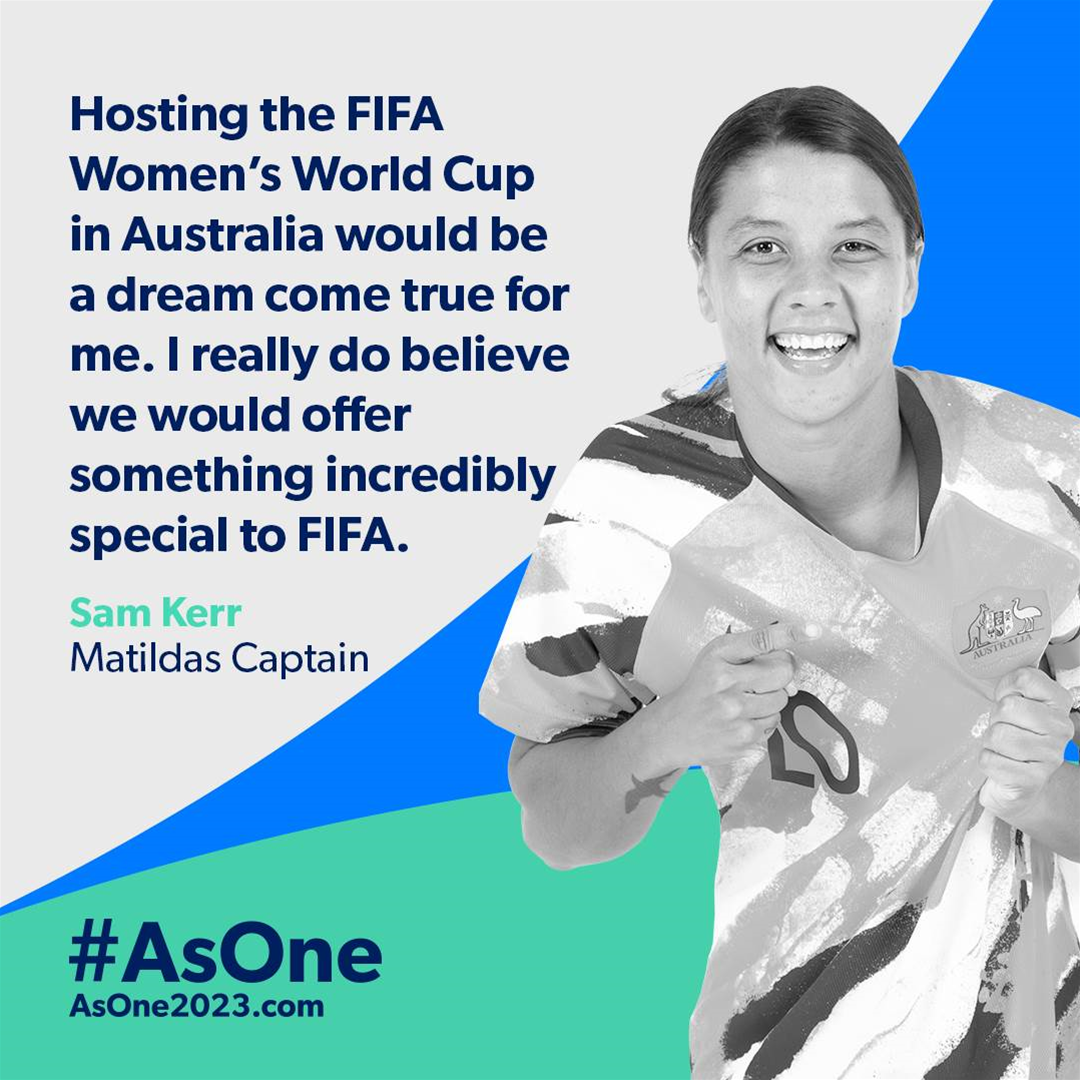 NZF President, Johanna Wood, said the level of cooperation on display by FFA and NZF in a short period of time to develop the joint Bid submission highlights the excellent way in which the nations would work to host the tournament proper.

“NZF and FFA are excited to be joining together ‘As One’ to Bid for the FIFA Women’s World Cup 2023TM. The opportunity to partner, across not just member association boundaries but also confederation boundaries, represents a new level of cooperation for football,” Wood said.

“I would like to thank the team who have worked tirelessly to get our submission together which is no mean feat but, more importantly, demonstrates the strong relationship between our two nations and member associations.” 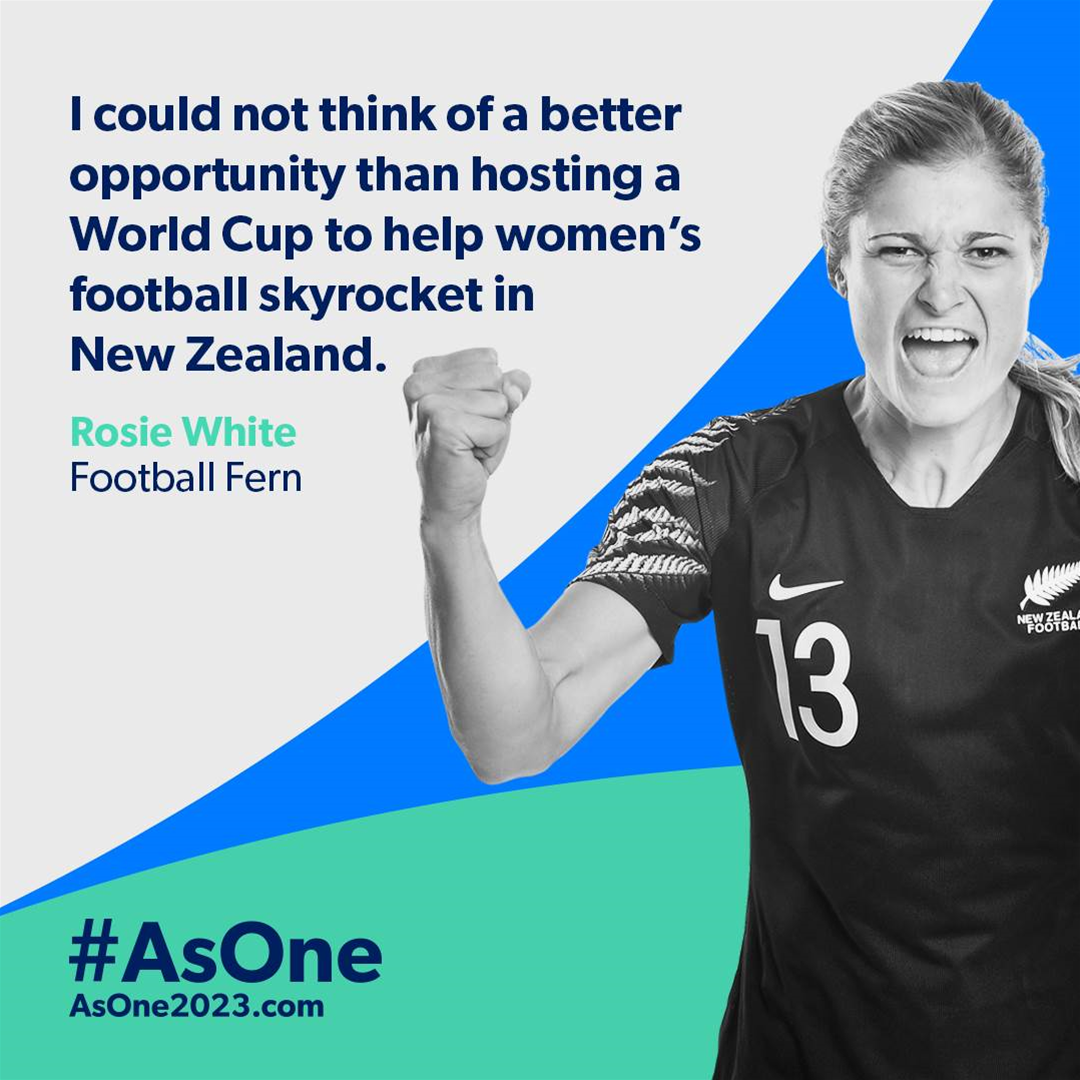 Australian Minister Sport Richard Colbeck and New Zealand Minister for Sport and Recreation Grant Robertson announced the bold campaign, set to underpin the passion for the world game from one side of the Tasman to the other.

Minister Colbeck said the bid would come as welcome news for millions of football fans in Australia and New Zealand.

“Women’s football in Australia is going from strength to strength, with the Matildas currently ranked eighth in the world and the reigning Cup of Nations champions,” he said.

“The Australian and New Zealand Governments are harnessing this momentum to bring one of the world’s biggest sporting events to our region and we thank all State Governments for their support in backing the bid.

“Australia and New Zealand have a successful history of both staging and co-hosting major international sporting events — most recently the Rugby League World Cup 2017 and the Cricket World Cup 2015.

“By hosting such a premier sporting event, we strengthen Australia’s reputation as a world leader in women’s sport.” 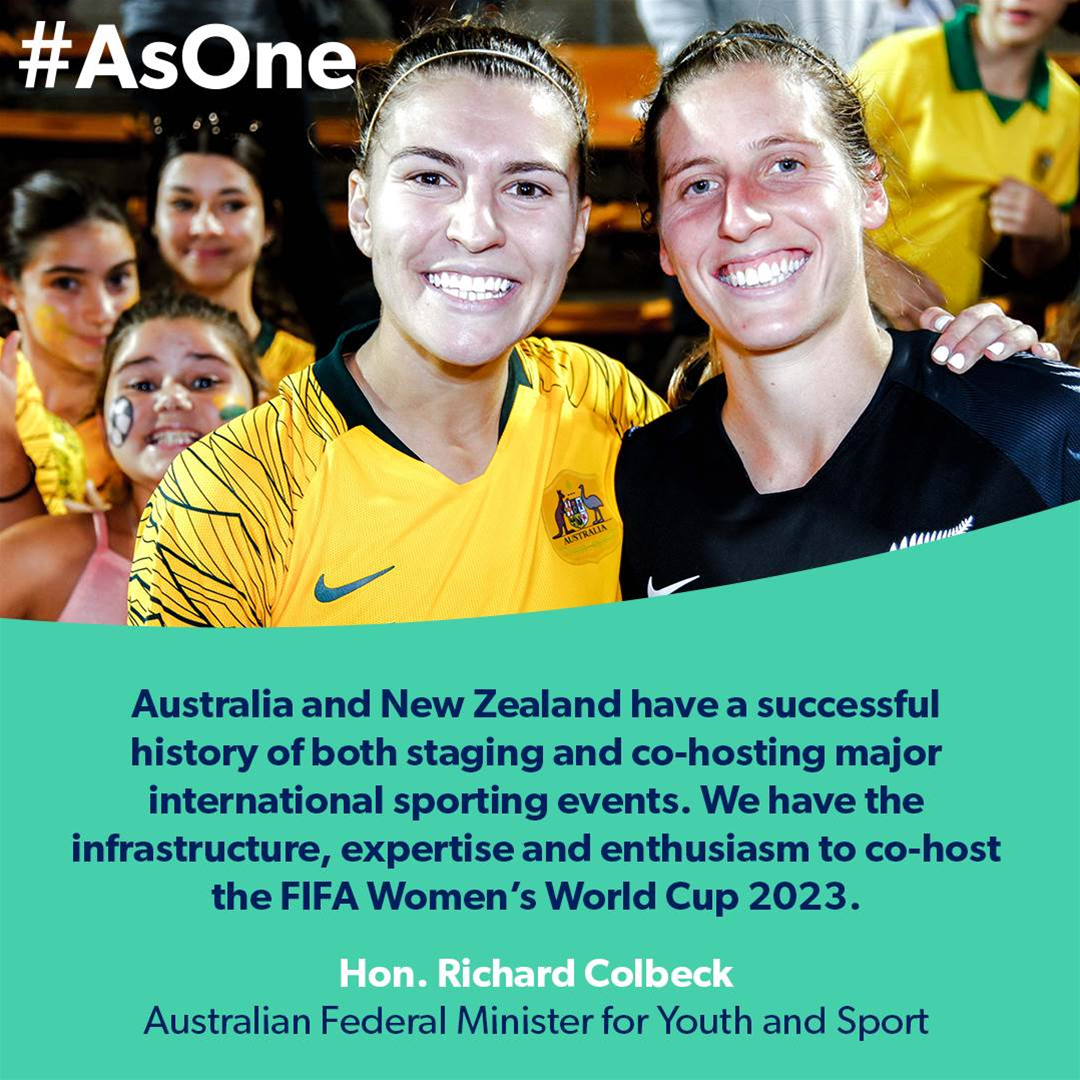 New Zealand Minister for Sport and Recreation Grant Robertson said the joint bid was an unprecedented opportunity for the two countries to showcase their commitment to women’s sport and continue their track records of successfully hosting major sporting events.

“New Zealand and Australia are both countries that champion and celebrate women’s sport and it has been no surprise to see the football community, stadia, host cities and states across our two countries embrace this bid.


“We know New Zealand and Australia can work as a team to deliver something unique and world class, while also creating a legacy for women and for football in our countries and across Asia and Oceania.”