Reigning champions Japan will hold on to their title as they nab their second consecutive Asian Cup after a gutsy 1-0 win over the Matildas this morning.

The spectacular goal was netted at the 83rd minute by Kumi Yokoyama, Japan’s highest goal-scorer in this tournament. The striker cut inside and side-stepped Alanna Kennedy to hit home a powerful shot after a fantastic run against the grain from Yui Hasegawa.

GOAL RECAP: Yokoyama with the hit and puts Japan in the lead #JPNvAUS #WAC2018 pic.twitter.com/OW8qO7mnXN

Everything was on the line as both sides played with their hearts on their sleeves, throwing everything at each other to see who would draw first blood.

Australia dominated with their high-press in the first 10 minutes, locking the Nadeshiko in their defensive half as they rained down shots on the Japanese goal.

Captain Saki Kumagai was crucial in intercepting these by putting her body on the line several times to prevent Australia’s final passes.

The Matildas’ best chance of the first half came at the ninth minute, when Emily van Egmond’s effort just strayed wide of the net, after Tameka Butt worked hard down the left flank to create the opportunity.

A penalty was called against Kumagai from a handball during to a flurry in the box.

Unfortunately, Elise Kellond-Knight was unable to put too much power behind it, and goalkeeper Ayaka Yamashita parried it away.

Our broadcast is a couple of minutes behind but big moment in Asia Cup final sees a Kellond-Knight penalty saved. #JPNvAUS pic.twitter.com/8gICBWAAu4

This moment would come back to haunt the Matildas in the dying minutes of the game.

A stand-out in the first half was Yamashita, who was immense between the stick.

Her acrobatic saves and goalkeeping smarts earned a lot of gasps from audience, especially when she stopped two successive attempts by Sam Kerr and Lisa De Vanna.

Japan settled into the game half an hour in after getting several peeks of the ball.

Yui Hasegawa and Mana Iwabuchi’s combinations have caused havoc on the other side of the field. The latter was able to create chances out of nothing and laid a pass off to Hasegawa who forced Lydia Williams to tip her fiery shot over the bar.

The second half started in a lower gear, both teams trying to find their rhythm again and assert dominance on the ball.

Australia still piecing creative plays together but were unable to capitalise on their opportunities. 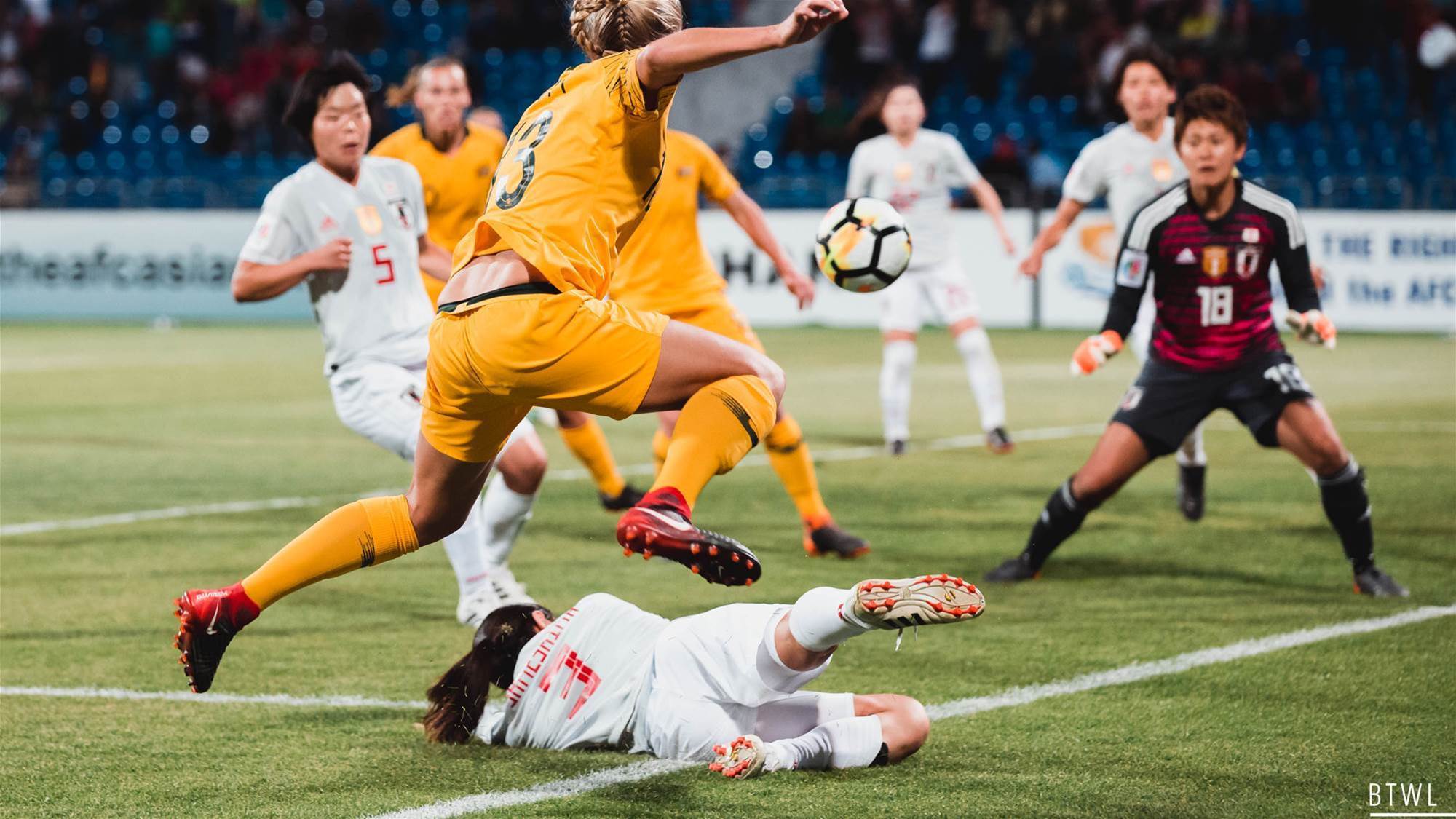 The Nadeshiko’s goal-scorer Yokoyama was substituted on at the 72nd minute to provide fresh legs.

She proved to be head-coach Asako Takakura’s winning move when she netted the winning goal 10 minutes later.

The intensity within the Matildas squad heightened as they desperately tried to find an equaliser to keep their Asian Cup dreams alive.

It came close when substitute Kyah Simon almost got on the end of a long ball in stoppage time, but Yamashita stood tall in her path to secure Japan’s win.

Relief was evident in the Japanese players’ faces at the end of the match, while it was heartbreak all over again for the Matildas as they went down against Japan in another Asian Cup final.