Italy coach Milena Bertolini says her sides run to the final eight of the 2019 FIFA Women's World Cup should be a starting point for the future.

Italy came to France after a two-decade gap from the world stage and topped Group C with wins against Australia and Jamaica.

They saw off China in the Round of 16 before hitting a roadblock in an ever-improving Netherlands side on Saturday going down 2-0 and ending their World Cup dreams.

"When we left Italy I didn't think we would go on a run to the last eight of the competition," Bertolini said.

"Clearly we are about sad this evening as is when you lose a football match.

"We're glad to have gone on such a good run at this World Cup."

However, the 53-year-old knows this is just the beginning.

"In order to change the women's game we require big clubs and we have that but we also require political power.

"They will need to make some big decisions with women's sport as a whole and more specifically women's football." 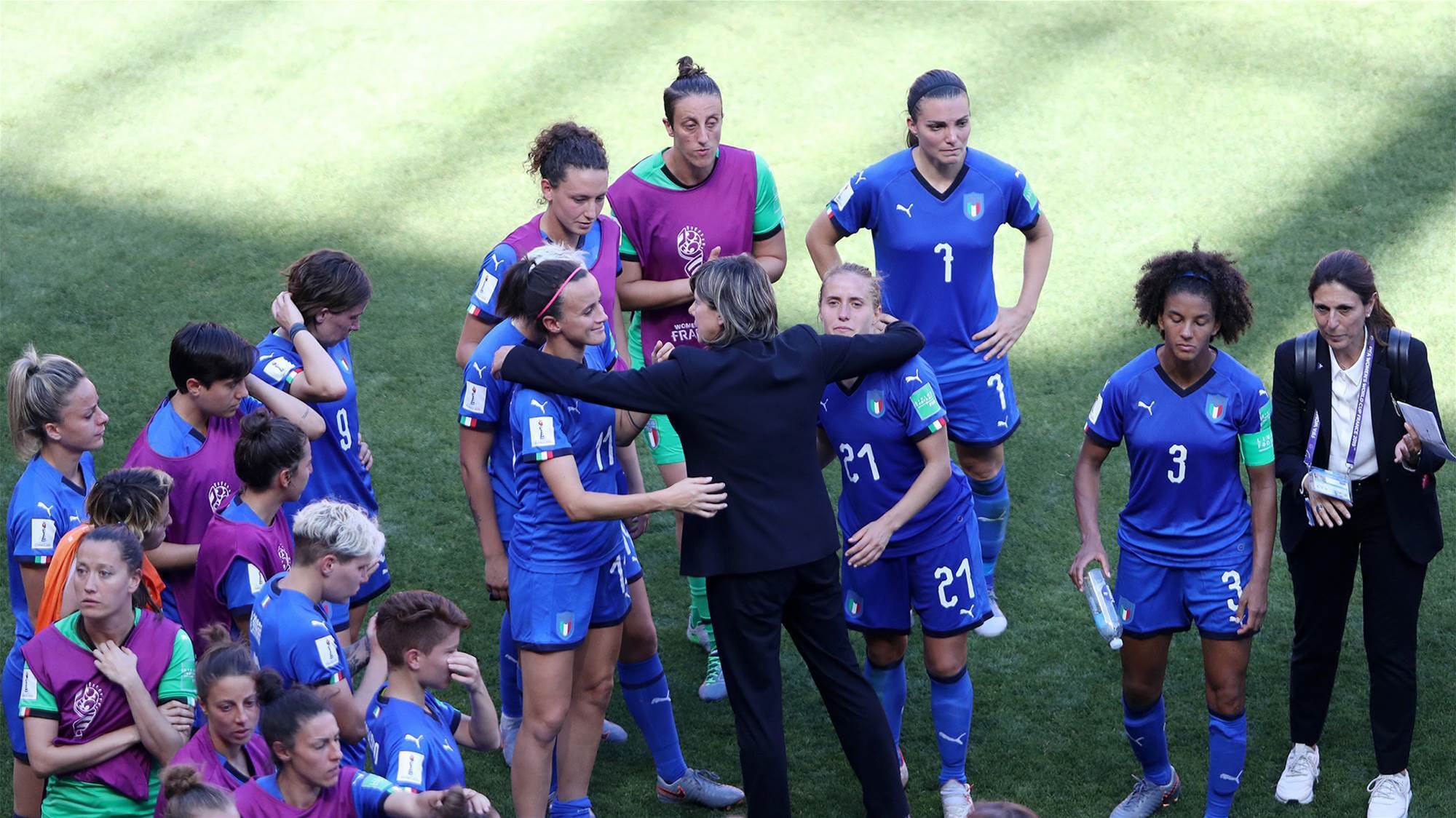 Top Serie A clubs have recently begun to take the women's game more seriously including the likes of Inter Milan, AC Milan and Juventus.

However, unlike their male counterparts who enjoy multimillion-euro contracts, legislation enforces a salary cap of around 30,000 euros ($48,660 AUD) on players who legally and contractually have amateur status.

This also means players are exempt from contributions towards benefits including healthcare and pensions.

For those players who play for middle-tier clubs, they can go unpaid and work other jobs to support themselves.

"Our girls were up against fully professional sides and that's why the girls achieved something extraordinary because thanks to the ability they have, the team spirit, they have been able to reduce the gap," Bertolini said.

"The most important thing now is that the clubs and ruling classes allow them to in the same conditions as their foreign counterparts."

It was a hard loss for the team with both players and coach in tears after the game.

"They all cried. The girls did. I was in tears too then when we huddled all together there were tears because when you commit a great deal to what you do, you believe in it, you show passion then naturally you are emotional, you're upset," Bertolini said.

"The girls were in tears because they had this dream and the dream is over but this is a starting point and we need to push on from this with a lot more confidence."