The dismissal of New Zealand wicket-keeper Katie Perkins has to be one of the most bizarre and unluckiest seen.

The Kiwi's were towards the backend of their innings against the Governor-Generals XI when Heather Graham bowled Perkins and well caught it.

No one seemed too sure what happened at that moment.

Oh WOW! Katey Martin helps Heather Graham pick up one of the most bizarre dismissals you'll ever see in the Governor General's XI match! ?? pic.twitter.com/fSV3GJkjyA

After re-watching the video a few times, Perkins hit the ball into fellow team-mate Katey Martin bat in the process of running.

Can't say its something we've ever seen before.

Despite losing a number of wickets towards the end New Zealand finished their innings with 7-323. 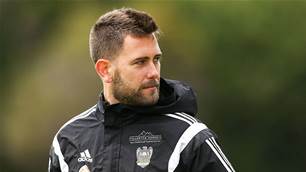