McCormick, who played for Brisbane Roar last season, says she's choosing football over AFL in the hopes of representing the Matildas.

“Pursuing football ahead of AFLW was about feeling a sense of unfinished business and wanting to represent my country,” said McCormick.

“The Olympics next year is where I want to be. I’ve had a really successful time with the Crows winning two premierships, and I felt as though I’d achieved everything I wanted to there.

“As we finished on a high, the time was right to move on to the next challenge in my career and I’ve found that here at Melbourne Victory.

“I’m really excited – I’ve been really impressed with the overall standard of the resources they provide for the women’s program, and I want to be in an elite environment and be able to perform at my best, which I believe I’ll be able to do here.”

Victory coach Jeff Hopkins implied the signing was a message to Victory's opposition this season, in and out of the W-League.

“She’s proven at W-League level and has also experienced a lot of success in the AFLW competition that she can now bring to us as we look to improve on last year’s premiership triumph.

“This is also the first of many signing announcements to come for our W-League squad, which is exciting as we look toward the beginning of the new season in the coming months.” 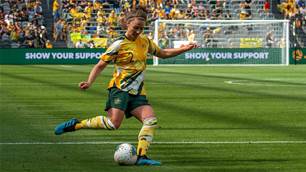 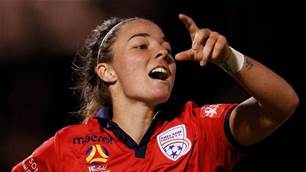 The Most Incredible Aussie Moments from 2020 Winter Youth Olympics