A look at the Matildas squad for the FIFA women's World Cup, which kicks off next month in France.

A LOOK AT THE MATILDAS SQUAD FOR THE WORLD CUP

Sam Kerr will captain Australia at the World Cup, with Steph Catley her deputy. Several others in the squad, including Clare Polkinghorne, Lisa De Vanna and Elise Kellond-Knight, have previously acted as captain.

HEADING TO A FOURTH WORLD CUP

Lydia Williams, Clare Polkinghorne and Lisa De Vanna all represented Australia at the 2007, 2011 and 2015 World Cups.

Lisa De Vanna and Aivi Luik will both attend the tournament as 34-year-olds.

At just 16, Mary Fowler will be the youngest Australian player in France.

Lisa De Vanna's 147 caps and 47 goals stands her above the rest. She is one of three Matildas to have been capped 100 times by Australia in the squad, with Clare Polkinghorne (116) and Elise Kellond-Knight (106).

Teagan Micah, heading as a back-up goalkeeper, has never played for Australia.

The 23-woman squad has 1276 caps between them, with 175 international goals under their belts. 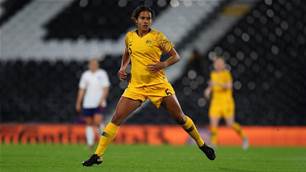 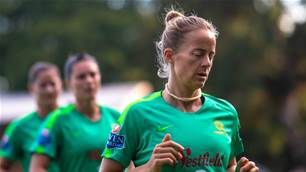 Surf's up for Luik's Matildas mates