Katrina ‘Mini’ Gorry is looking back at the 2014 Asian Cup final and realising how much the Matildas have improved in the past four years.

The Australians will be looking to exact revenge on the Japanese on Saturday in Amman (3am AEST) after falling 1-0 to the Nadeshiko in Ho Chi Minh City four years ago.

Twelve out of 14 players from the Matildas’ line-up in 2014 are involved in the current squad and Gorry believes the team has matured significantly since then.

The Matildas had a poor record against Japan before 2016, but the Nadeshiko have failed to break down Australia since the 2015 World Cup quarter-final in Edmonton.

Gorry played 90 minutes of the 2014 heartbreaker, but said she hadn’t given it any thought until she saw memories of it on social media.

“Only in the last couple hours, just going on Twitter and I’m re-living the moments of that match,” Mini told The Women’s Game.

“You always try to reflect on your successes in the previous few years and the steps we took getting to that final a few years ago are something we all cherish.

“Four years down the track, I think we’re in a much better position and hopefully we can win the trophy.

“We’ve matured. I think that’s the reason why we’ve been so successful in the last couple of years, we’ve pretty much had the same squad for the last few years. Gorry in action in the 2014 Asian Cup Final

“We’ve gained so much experience whether it’s through the national teams, through big tournaments and overseas clubs.

“I think it’s all come together in having that experience across the board, it’s improved us all as players and as a team too.”

Australia’s place in the final did not come without a scare as Thailand took the highest-ranked nation in the tournament to a dreaded penalty shootout in the semi-final.

Gorry decided to take a stroll down positive street, however was not shying away from the substandard performance.

“It’s good we can grind these games out. I think a couple of years ago, it might’ve been a different story,” she said.

“It’s always tough to take, it’s pretty disappointing, but when you reflect on a game like that you just take pride out of the fact we can grind out a game and we ended up winning it.

“Sometimes your days are luckier than others and I think with how we performed, it was a tough one-off and we don’t want to remember too much of it.” 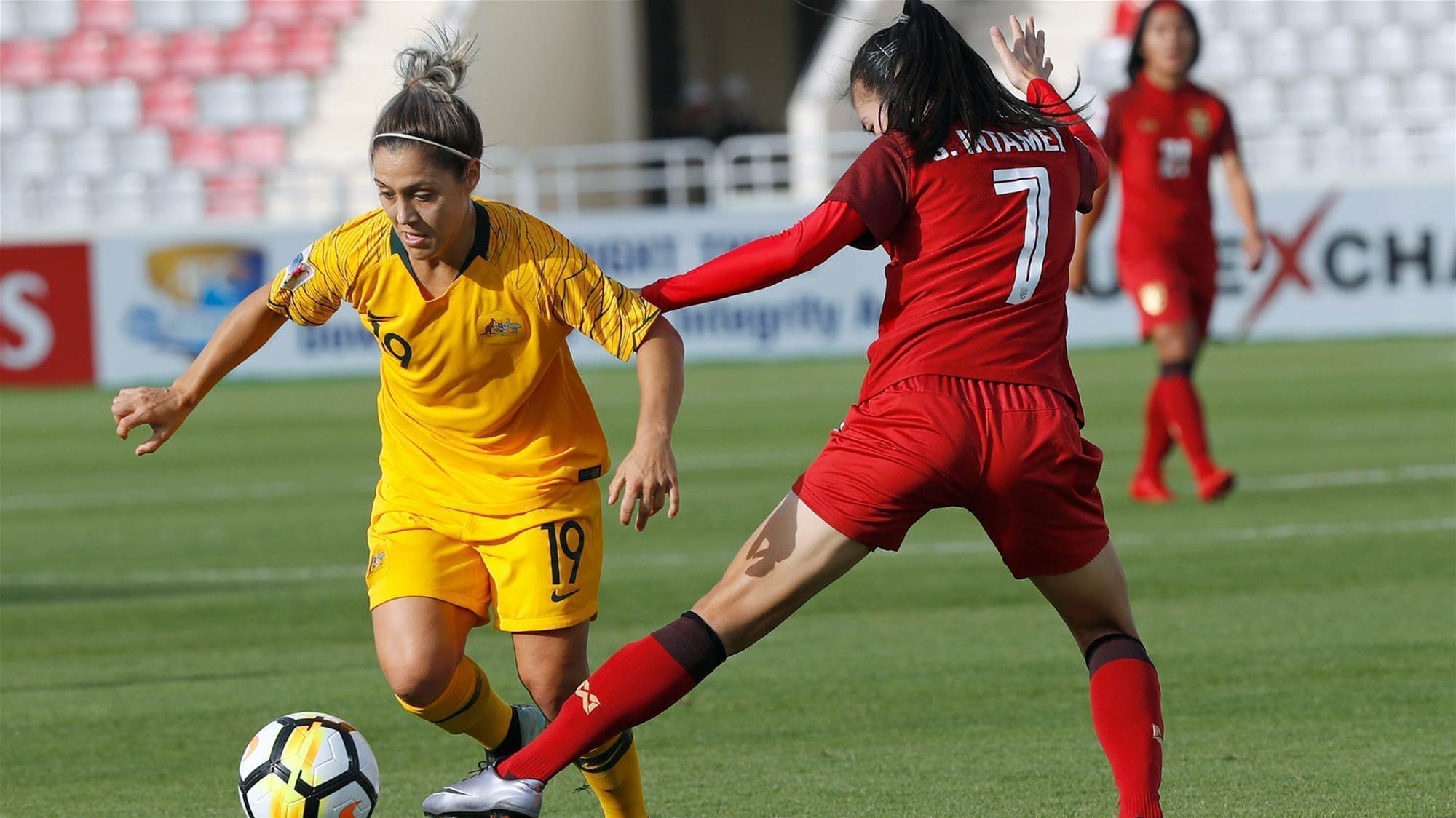 Gorry relieved they grinded out a win against Thailand

“I only have one teammate in the national team, but I’ve played against most of them throughout my time in Japan and, as we all know, they’re technically one of the best teams in the world,” Gorry added.

“They all have a bit of flair about them. Across the board, they don’t like to be under pressure and I think that’s what we do so well.

“I think that’s why we’ve been so successful in the last couple of games we’ve played. I think tomorrow night will be no different and we’ll press high.”