Glory qualified for the lucrative tournament after winning the A-League Premiers Plate last season, and Sage wants coach Tony Popovic to throw everything into becoming kings of Asia.

Popovic famously led Western Sydney to the ACL title in 2014, and Sage has high hopes the master coach can pull off another famous run.

"He's won it before. He knows exactly how to plan for it," Sage said. "You can expect a lot of changes to the squad leading up to the Asian Champions League.

"Some players behind me might not even get a game during the lead-up because the Asian Champions League is what we want to win, and we want to be champions of Asia.

"Popa's got it all organised, and I think we've got the squad to do it."

Sage was a relieved man this week after securing BHP as the club's new major sponsor.

The mining entrepreneur has poured more than $20 million of his own money into the club over the past 12 years, and said the arrival of BHP will ease the burden on him.

Sage has been looking to sell off a stake of Perth Glory to new investors in recent times, and said he was currently in discussions with a potential buyer.

"I've had several discussions with some partners that may come into the club," Sage said. "But at this stage, nothing that's come to fruition yet.

"I expect ongoing discussions with the potential partners I've been talking to."

Kerr has reportedly been offered huge money to play in Europe next season, but Sage is still holding out some hope the 26-year-old returns.

"We always leave Sam until the end of her sojourn in America," Sage said. "She's in finals now over there. She makes her decision at the end of October, as she has every year.

"We hope she comes back. But look, if you were one of the best female players in the world, you really do want to test (yourself) against the best.

"So we wouldn't be surprised if she left." 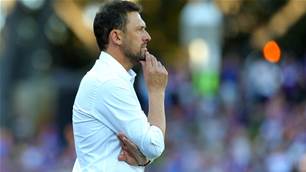 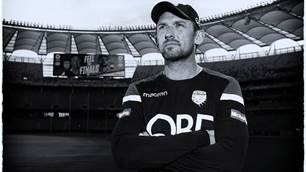 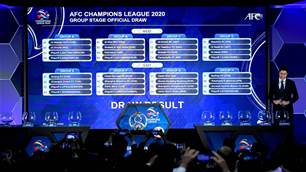 What thrilled Popa at the ACL draw...