As a rugby league junior, you always have the dream of representing your state in the State of Origin one day and for a two U10's teams, it's about to come true.

The two teams will face off at halftime of the first ever Holden Women's State of Origin at North Sydney Oval tonight.

The Bears have been mentored by injured NSW captain Ruan Smith with Maroons star Ali Brigginshaw helping prepare the Tigers for their Origin debut.

The looks on their faces are priceless when they find out! ☺️

The North Ipswich Tigers and Blacktown Bears will take part in the @holden_aus Junior State of Origin tonight at half-time of the Women's #Origin game! #OurWay pic.twitter.com/DSmRy0tv15

"It was a huge buzz meeting all the girls than getting to walk with the team," Brigginshaw said.

"The girls are concentrating on the game tonight but it gives them that 'this is why we are here', these girls are so excited to see us.

"It just brings back that memory of why we do what we do," she said.

Brigginshaw, who grew up in Ipswich, is a Holden Ambassador and became involved with the junior State of Origin match after Holden asked if she would be interested.

She jumped at the chance to give back to the game and help the younger generation.

"It keeps me going, it's why I love the game," Brigginshaw said. 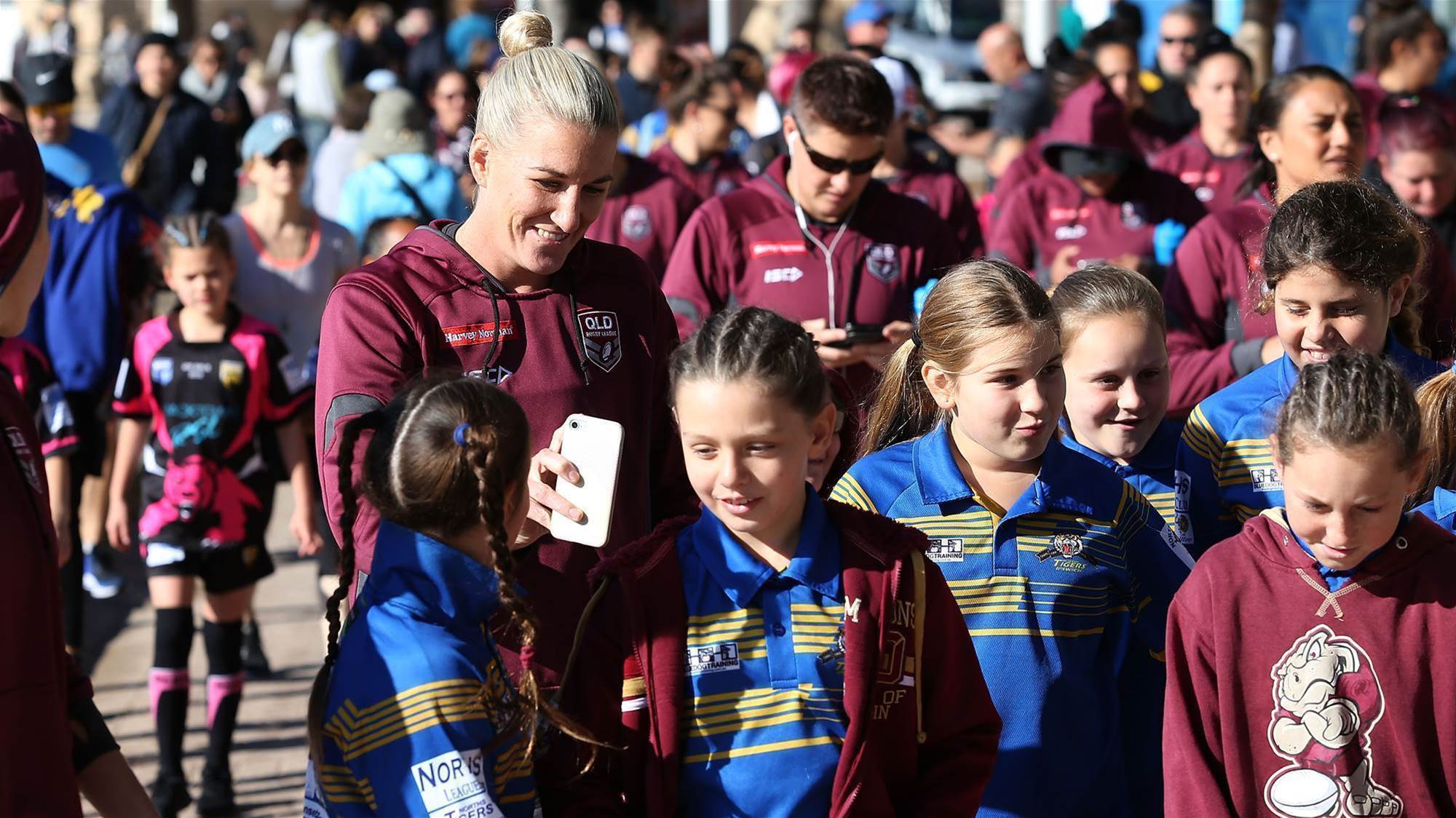 It's been an exciting time for both teams as they were invited to tour of the dressing rooms at North Sydney Oval with the Queensland and NSW this morning.

"Some of them are like 'I just want to play now' and they've got the Queensland, New South Wales, 'we're going to smash you'," Brigginshaw said.

"They just can't believe they get to play in a stadium.

"To know that there are little girls can possibly pull on the Maroon jersey themselves is just huge.

"I just can't believe they have this opportunity," she said.