The 28-year-old midfielder has been part of the Sky Blues since 2010, helping her team to 10 consecutive finals appearances; the most of any other team in the league.

On Saturday, she led Sydney to a record-equalling third W-League Championship title. She has also represented the Matildas several times.

However, it has not all been smooth sailing for the full-time primary school teacher.

Polias admits that she was persuaded into taking time off from teaching this season in order to give her body time to rest and recover during the W-League.

“You get really tired. My partner encouraged me to take the break because I wouldn’t have let myself [otherwise].

“It was a really positive [move]. I’m glad I did it, it was the best decision. It’s opened my eyes because I was getting all these niggles last season, [whereas] this season I haven’t had a single niggle. I’ve rested well, I’ve done extra gym training, eating right. You really feel it.” 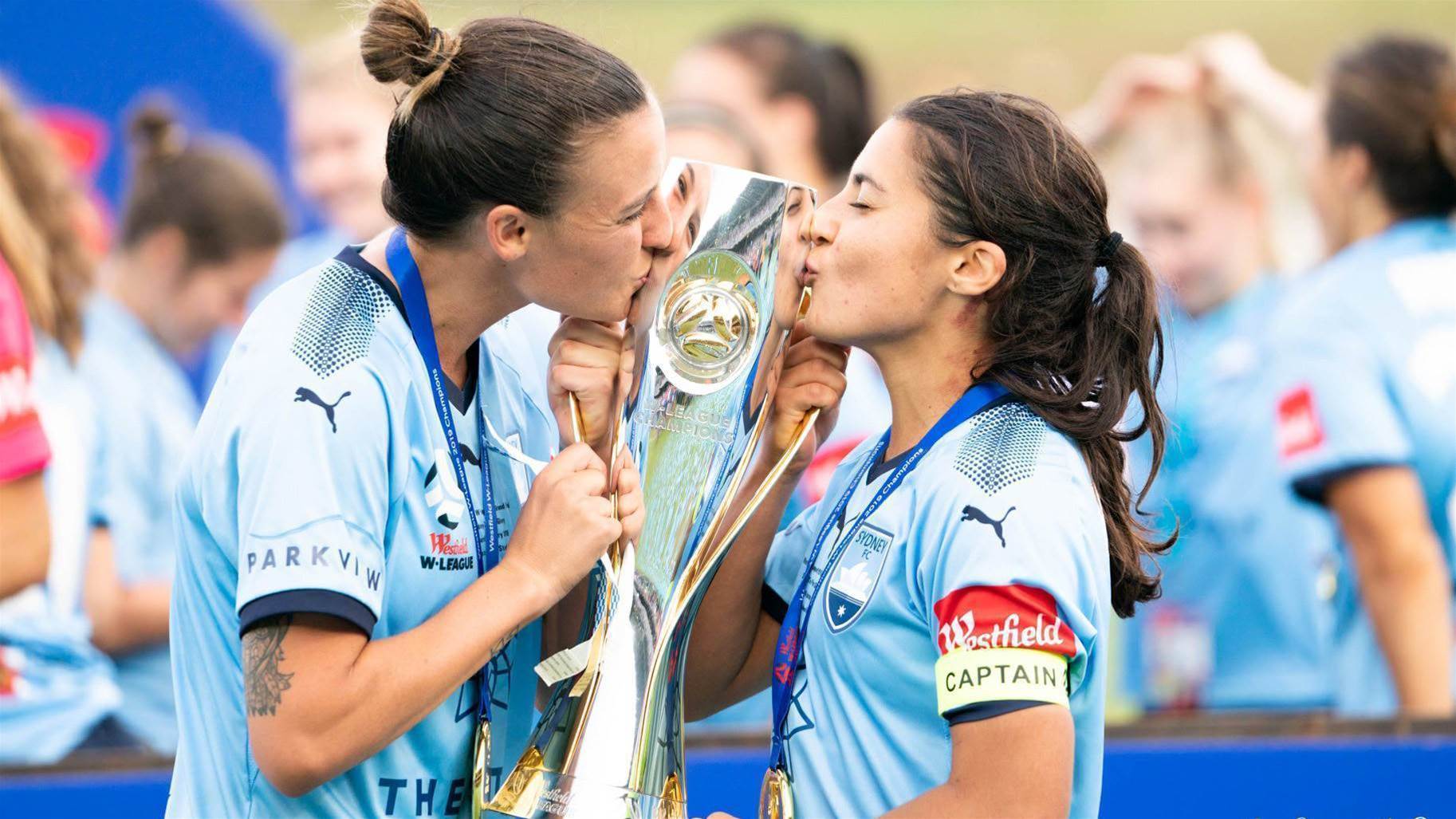 In her acceptance speech on behalf of Sydney after winning the Championship, Polias thanked the usual: family, friends, fans. To the surprise of many in the crowd, she then thanked the players' various non-football workplaces for continuing to accommodate their sporting careers.

This is the reality for many W-League players who do not have other clubs or contracts overseas that allow them to continue playing football year-round.

The short W-League season means many players are forced to study and find other work in order to support themselves throughout the rest of the year. This means that football sometimes must take a back seat to paying bills.

“Although a lot of players are full-time now playing professionally, a lot of us aren’t,” Polias said.

“Realistically, it’s going to take a long time for that to phase out. It’s not just ‘oh, the pay has improved, you can stop working now, you’ll be renumerated for what you’ve missed.’ It’s not easy to just drop out of work. It’s going to take a while to hit that level where you don’t have to work or give other things up.”

Thanks to an agreement between FFA and the PFA made in 2017, W-League players now earn a minimum of $10,000, with that minimum is expected to rise to roughly $12,200 next season (excluding scholarship holders).

However, for many players who aren’t able to play football year-round, the improved pay and conditions are still not enough to make ends meet. Polias believes that the “powers that be” have an obligation to improve this financially precarious situation for players, which affects the competition as a whole.

“With that extra workload, yes, you get more demands from the club, you get paid more and that’s great, that’s what we want. But the flip-side is if you’re not getting that extra sleep [or gym work, nutrition, or recovery time], in the long run it could potentially do harm. Some clubs train during the day, so what do you do if you’re working?”

It’s one of many questions that need answering if the W-League wants to be a viable career path for women footballers.

There are glimmers of change on the horizon, though. FFA CEO David Gallop today signed on to the Male Champions of Change Pathway to Pay Equality campaign, which aims to achieve equal pay among male and female athletes.

What the material outcome of that commitment will be, however, remains to be seen.

Polias is also adamant that a full home and away season must be introduced to the W-League to give all teams an equal chance at the title.

At the moment, some teams only play each other once, while others play twice. Given the advantages of playing at home, this gives some teams an “easier” draw than others.

“When you look at a team like Wanderers, who were starting to hit their straps, you can imagine if we had two or three more rounds against each team, that would have been amazing,” Polias said.

“For the league to continue to grow, the next realistic step is introducing two full rounds. I don’t for the life of me understand why it isn’t that way already.”

When asked whether she would like to see the W-League follow in the footsteps of fully professional women’s leagues like the FA Women’s Super League in England, Polias was resoundingly supportive.

“I don’t think it’s unrealistic. Why not aim high and have high expectations of ourselves? I think we’re a top league and we should be treated that way as well.

“I hope it takes less than ten seasons [to fix these issues]. You can’t lose all those players because then there won’t be a league.”

“The first thing I’d love to see is a home and away series. I think everyone would agree on that,” she said.

“When you haven’t had it, any little improvement is nice. Obviously a fully professional league here in Australia for us Australians would be massive, to have that base and professionalism. That would mean for some players that they wouldn’t have to go overseas anymore; they could call the W-League their home. That could bring more players into the league as well from overseas.

“[Increasing professionalism] helps a lot more on the field as well. When you get treated like a professional, you want to go out and play and work for the club and it drives you that little bit more.”

However, as one of the handful of players who rely on overseas contracts for their financial well-being, Foord recognises that the change won’t be easy.

“It’s tough at the moment because if it goes fully professional and goes longer than a home and away series, then that might conflict with other leagues overseas which is more of an income for some players,” she said.

“So where does the line get drawn before it overlaps and [the W-League] is not as good and we’re losing players? It’s hard finding that balance."

It’s an important question that should be considered when thinking about what the next ten seasons of Australian women’s football could or should look like.

The 2018-19 W-League season was one of the closest and most exciting contests in the competition’s history thanks in part to the smaller back-room changes brought about by things such as the CBA.

These structural changes are beginning to turn football into a more attractive, realistic, and supportive career for current and future generations. It follows that further improvements behind the scenes can only contribute to the increasing quality of the W-League, and should be at the forefront of discussions about what comes next for Australian women footballers.