Melissa Barbieri has re-signed with Melbourne City for her eleventh W-League season. She is the fourteenth player to commit to the club so far.

Melissa Barbieri's W-League career started in the 2008-09 season when she first signed to play with Melbourne Victory during the inaugural season.  The then-Matildas goalkeeper went on to win the league's first Goalkeeper of the Year award.

Commonly known as "Bubs", she also disputed seasons with in the W-League with Newcastle Jets, Adelaide United with whom she repeated her Goalkeeper of the Year award in 2013-14 and then again with Melbourne Victory.

For her country she played 86 caps for Australia, first making her debut in 2002.  Barbieri went on to play in four Asian Cups and four World Cups with the Matildas and also captained the side.  She retired from international football post 2015 World Cup and subsequently from the game.

However, Barbieri came out of retirement ahead of the 2017-18 player and signed with City as an injury replacement player.  This upcoming year will be the fifth year she will be with the Melbourne based team.

Despite not seeing as much game time in the last few seasons, she has been instrumental to the Melburnian club by also serving as an Assistant coach.  City have stated that Barbieri will also continue in that capacity, by playing a mentorship and development role with the club's other goalkeepers.

One keeper whom she helped develop was Teagan Micah.  Micah went on to win last year's W-League Goalkeeper of the Year award, get her first Matildas cap and then the starting Matildas goalkeeping position in the last five Tokyo Olympic Games.

By putting pen to paper Barbieri is the fourteenth player to commit to City's 2021-22 W-League team.  Speaking to FootballNationRadio about continuing in the sport at the age of 41 she simply stated:

The club announced the signing last week of 15-year old youngster Caitlin Karic to a one year contract and of 18-year old players Holly McNamara and Darcey Malone to two-year contracts.

This followed the return and re-signing of Emma Checker, Leah Davidson, Tori Tumeth and Naomi Chinnama to two-year contracts and Chelsea Blissett to a three-year contract. 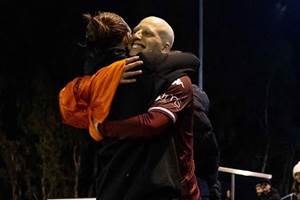 W-League and Football Fern star Rebekah Stott has made an inspiring return to football following her fight with cancer. 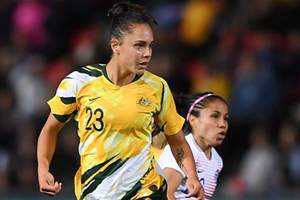 The Icelandic Úrvalsdeild Women's league finished its regular season last Sunday. One Australian played in every minute of her club's multiple campaigns.