Football Victoria says they can ‘lead the way for women’s sport’ by building a Matildas “Home of Football” in their state, which will supercharge the development of female footballers and Australia’s national women's teams.

To be officially announced later today at Football Victoria’s Community in Business Breakfast at Docklands, the state governing body will launch the proposal that will also include the Emerging Matildas program.

With the Matildas in Melbourne for their Cup of Nations clash against Argentina, Football Victoria CEO Peter Filopoulos said the move to create a dedicated national training facility for the national team signals how far women’s football and women’s sport, in general, had come.

“It shows that football can lead the way when it comes to promoting and supporting women’s sport, and it’s about recognizing the increasingly important place that women’s football is forging on the national sporting landscape.”

Australia does not have a dedicated national team facility for either the Socceroos or the Matildas, unlike many other major football nations. The creation of a “Home of Football” would be a landmark for the game and the state where it's housed. 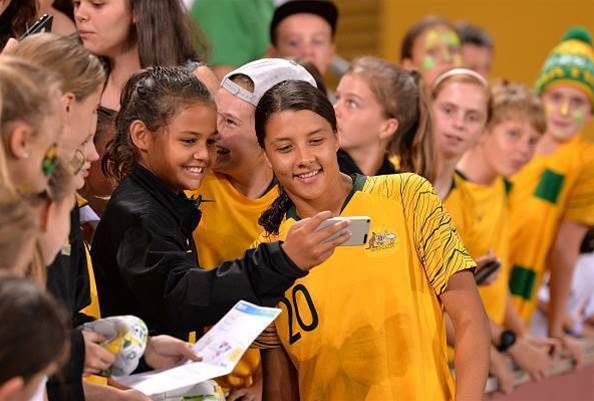 The Matildas are in action later today in Melbourne

Following a $200,000 feasibility grant from the Victorian Government last year, the facility is said to have received strong support from various local government authorities seeking to host the proposed development including the cities of Brimbank, Casey, Darebin, Maribyrnong, Maroondah, and Greater Shepparton.

La Trobe University has also made a formal submission as part of redevelopment plans at its Bundoora campus.

Football Victoria President Kimon Taliadoros said the creation of the Home of Football for the Matildas would mark “the coming of age for women’s sport in Australia”.

“A dedicated facility would go a long way towards helping Victorian football meet our stated objective of 50:50 gender participation by 2027.”

Wherever it’s located, the facility will also become Football Victoria’s new administrative HQ. Football Victoria will select a short-list of potential partners as it moves the process forward.

FFA Chairman Chris Nikou added Victoria was embracing the opportunity to lead the way. “FFA is committed to making it happen and we’re working closely with the team at Football Victoria to secure government support for the proposal.”