With a continued rise in participation levels across the country, Football Australia will kick off the Matildas' international series against New Zealand in regional Queensland on April 8.

The Matildas will play the Football Ferns at Queensland Country Bank Stadium in Townsville as part of their two-game trans-Tasman showdown, with full-strength squads to be announced in the coming weeks.

Football Australia Head of Women's Football Sarah Walsh says the growth of the game around the country led to the decision to take the game to north-eastern Queensland.

"We're actually starting to see a really amazing trend in female participation, you only have to look at the figures in 2020 against 2021," she told reporters on Wednesday.

"In Townsville alone, there was a 31 per cent increase in female participation.

"So for us, thinking about where we're hosting our Matildas matches was a perfect ground for us to not only prepare for next year's Women's World Cup in 2023, but also use it as a catalyst to be able to grow female participation in the region, and also hopefully inspire a next generation of Matildas."

The international will be the first for the Matildas in North Queensland.

Australia's assistant coach Mel Andreatta said the Kiwi matches would be an important hit-out for the hosts on the road to the home World Cup.

"We'll be taking them very seriously and it's a great opportunity against an opponent who will bring different challenges to us to keep progressing and and developing as a group," she said.

"The players love any opportunity and fight for every opportunity to represent their country and then to do it on their home turf, just provides that extra bit of motivation for them.

"Our players know that they've got to keep seeking that next challenge, that next level to keep developing and progressing themselves.

"That competition is what we need to keep moving forward towards World Cup 23."

The second match in the two-match series be on April 12 in Canberra.

In the most recent meeting between the sides, Australia won 2-1 in the group stage of the Tokyo Olympics. 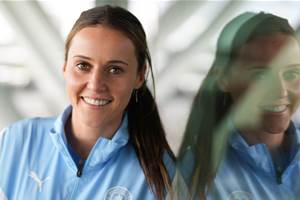 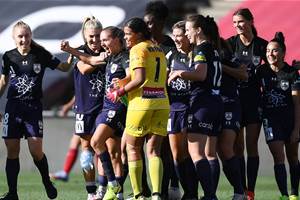