The match between Newcastle Jets and Adelaide United has been postponed due to forecasted weather conditions.

The round 9 match, which was scheduled for 4:30pm on Sunday will now be played on Monday 31 December at 9:30am.

The change comes after a predicted Wet Bulb Globe Temperature (WGBT) is set to exceed 28 by the original kick-off time.

Under the FFA Heat Policy, a drink breaks should be implemented if the WBGT is between 26 and 27.9 with consideration to delay and postponement if it exceeds 28. The early kick-off will ensure players avoid what are again predicted to be warm conditions.

“Based on the weather information, we believe that it was the interests of all stakeholders that these decisions to postpone and delay kick-offs for the respective Westfield W-League and Hyundai A-League matches between the Newcastle Jets and Adelaide United was made today,” said FFA Head of Leagues Greg O’Rourke.

“Taking into consideration the obvious player and match official welfare concerns, moving the Westfield W-League match to Monday morning was the best solution based on the congested match schedule over the next 4 weeks."

The match which is meant to be a doubleheader will also see the A-League match delayed by half an hour.

The location of the match is still yet to be confirmed with either McDonald Jones Stadium or No.2 Sportsground looming at the likely choice.

Previously listed as broadcast fixture on both Fox Sports and SBS Viceland, the match will now be streamed on foxsports.com.au and My Football Live. 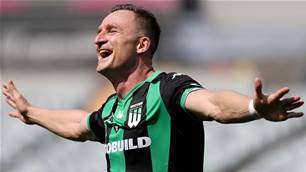