Sermanni led New Zealand to an undefeated World Cup qualification campaign at the OFC Women's Nations Cup and never conceded a goal. Having only been together for five games before the Cup of Nations,

"We are at a very early stage of preparation, I don't just want to say everything but it's close to everything. We have a lot of things we need to work on down to how we want to play," Sermanni said.

"I frankly don't have an answer to it as we haven't had enough time together.

"It's also been hampered by the fact there were some difficulties in the program last year, so for a huge part of last year, the program was dormant.

"So realistically where we are now in a proper cycle, we would've been at this stage, this time last year so we are a little bit time poor."

New Zealand will take to the field at AAMI Park on Wednesday (tomorrow) as they face Korea Republic and Sermanni is expecting a tough game.

“I expect a very difficult game from Korea,” he said.

“Technically they are very sound. Against Australia, surprisingly they rested a few of their key players. I think they will have their strongest team out against us and I think they will want to make amends for that result.” 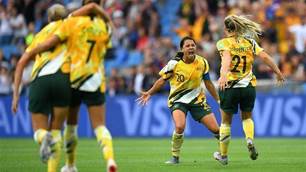 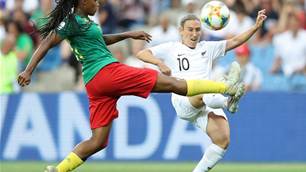