The world is sitting up and taking note of the upcoming tournament in France with the hype across all nations, something that hasn't been seen before.

Retired Matilda and Optus Sport Expert Alicia Ferguson-Cook has seen the change herself.

Recalling the preparations for her first World Cup, which came a year before the 2000 Olympics in Sydney, the Matildas prepared at the Australian Institute of Sport since the program became fulltime in 1998.

"So in terms of our preparation for '99 World Cup, we did have world-class facilities," she said.

"Our program was full time because we got government funding through the Olympic program and the OAP."

Ferguson-Cook had moved down to Canberra, a city she describes as having lots of roundabouts and a man-made lake, in January 1998 at the age of 16 after accepting a residential scholarship to the AIS Football Program.

While competing in front of a home crowd at the Sydney Olympics is a moment Ferguson-Cook will never forget, playing at two World Cups is close to her heart.

"I can't go past competing in a home Olympics in Sydney, and we're walking out at the Olympic Stadium, nothing compares but being at a World Cup is a very, very special experience," she said.

While she was along for the ride at her maiden World Cup in the United States being just 17 at the time, Ferguson might be remembered for a particular reason.

Then Matildas coach Greg Brown decided to start her for the final group stage game against China. 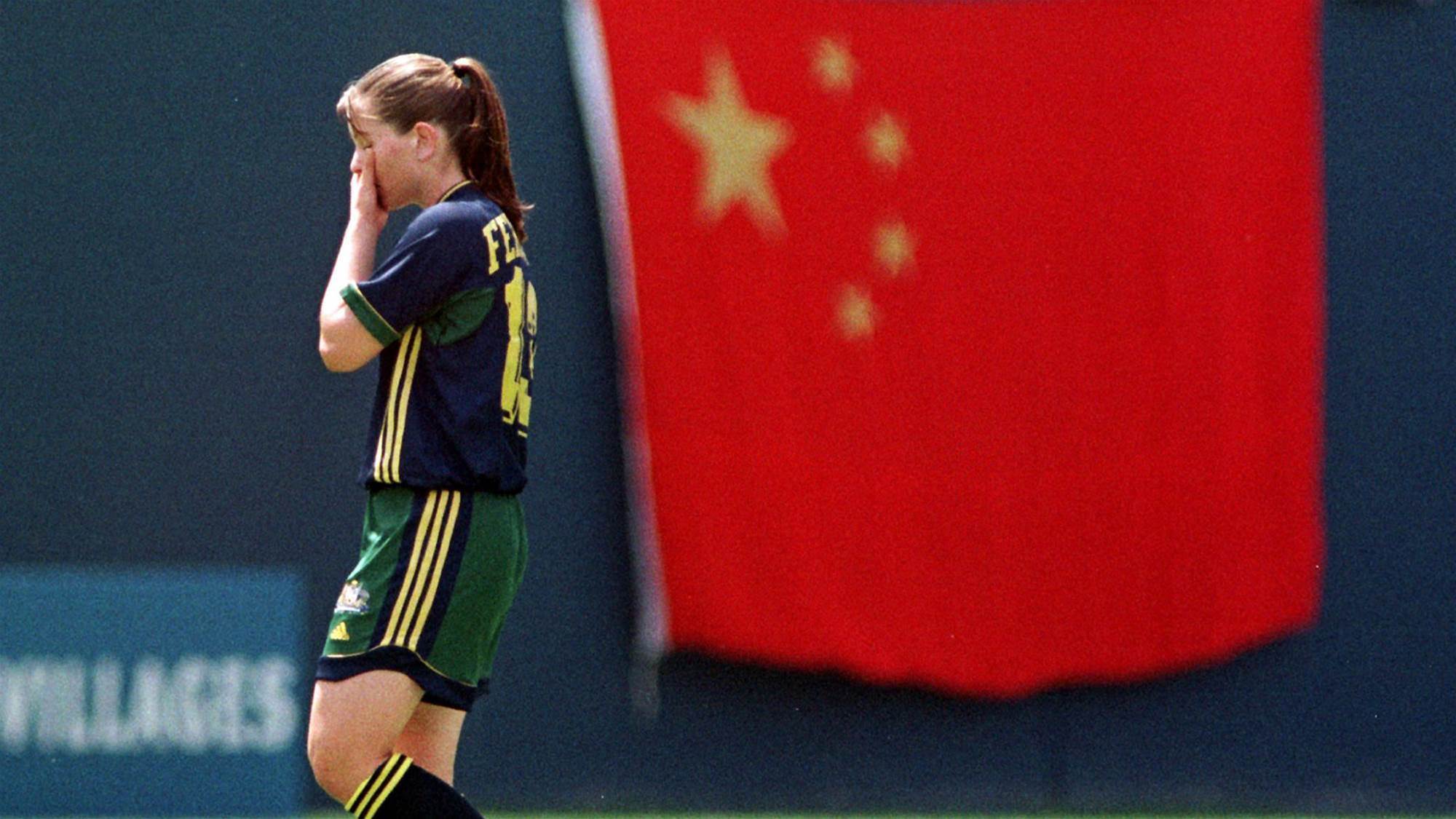 "I got really emotional and ended up kicking a Chinese girl then got sent off in the first minute and a half," Ferguson-Cook said.

"I mean, the whole experience itself, that US World Cup was a massive eye-opener to me because I was still a youngster and I saw the power of women's football and the support that it could gain and get."

In 2012, Ferguson-Cook relocated to London for work and spent time playing with the Millwall Lionesses of the FA Women's Premier League Southern Division. However, she noticed a difference in women's football to what she experienced back home.

"The acknowledgment and respect for women's football was very poor. It really annoyed me when I first moved over," she said.

But a change came when England came third at the 2015 World Cup in Canda.

"People really sat up and took notice of them. That was the turning point and I think it's just gone on from strength to strength since then," the 37-year-old said.

For the Matildas, after they made the quarterfinal in Canada fans back home also started to take more notice of the team.

It only continued with the peak coming after they lifted the inaugural Tournament of Nations trophy, beating world No.1's the United States in the process.

While support and visibility for the Matildas has continued to soar, Ferguson-Cook believes the next step needs to be taken in France.

"I think the great thing about this World Cup is we're in with a really good chance we need to, get to a semi-final," she said.

However, perhaps the biggest and most important thing set to come out of the upcoming World Cup is the new legacy it will leave.

Like every major sporting tournament, a mark is left on those who attended or watched from back home and France 2019 will be no different.

But it could leave the most impactful legacy the game has seen for a long time.

"I think the biggest legacy that this World Cup is going to leave is these women are now role models for young girls," Ferguson-Cook said.

"There are young girls, with female players names on the back of their shirts, there are players to look at up to and I never had that. 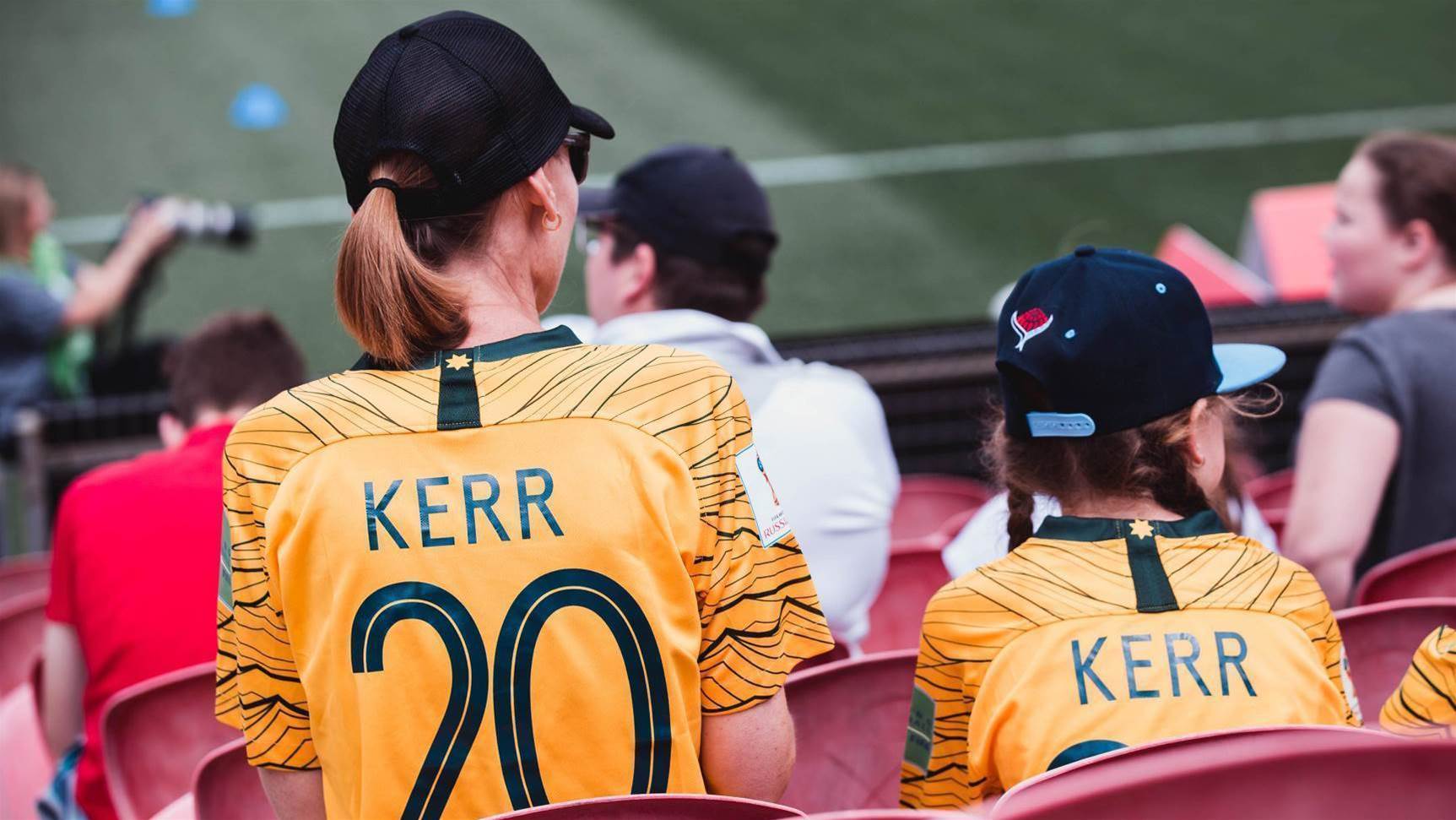 "Even talking to some of the Matilda's in this camp, they never even knew about the Matilda's when they started playing football.

"So it's inspiring the next generation.

"It's a special time in women's sport and in women's football in general. I always knew it was gonna be a big year, but it just feels like we've turned a big corner."

The Matildas open their World Cup campaign against Italy on June 9 at Stade Du Hainaut, Valenciennes from 9pm AEST.

Optus Sport is the only place to watch all 52 matches of the FIFA Women’s World Cup live and on-demand.