Amy Harrison was an unused substitute for Washington, Elise Kellond-Knight was also with the Spirit but injured at the time. The Pride got the better of that meeting.

A week later it was Sam Kerr’s turn to confront Clare Polkinghorne and Kyah Simon in Chicago versus the Houston Dash. The Red Stars won it.

For any Matildas’ fan this was an embarrassment of riches. The NWSL was the best league in the world.

Not only did US soccer - followed by the W-League - allow fans to watch Matildas year-round, it also allowed fans to watch them regularly go head to head in incredible battles, often in front of packed stadiums and a significant television audience.

In 2019, a total of 14 Matildas were signed to NWSL teams, Makenzie Arnold having joined the 13 listed above in August. A whopping two-thirds of NWSL clubs had Australians on their rosters. 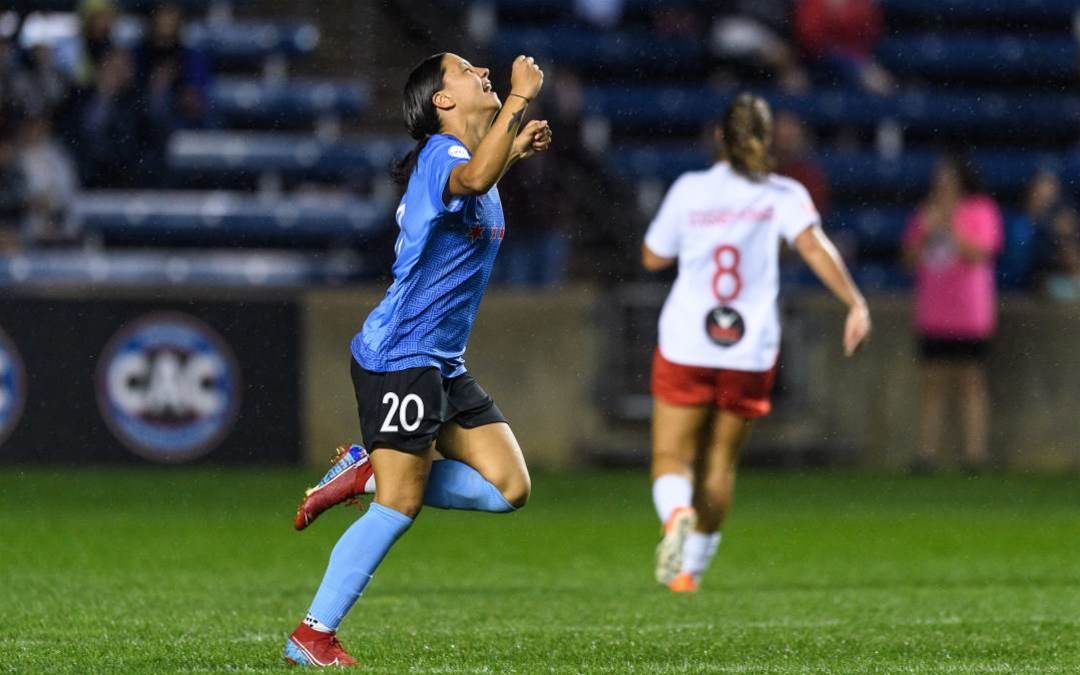 Flash forward a few months, however, and the probability is that less than half that amount of Matildas will be playing Stateside. There are several factors for this, but the first is foreign league competition.

Sam Kerr’s move to Chelsea FC was the first catalyst, not just for Australians, but world football.

Despite the tremendous following she has in the US, the Chicago Red Stars' capacity to win a championship in the next season or two, and having the ability to come back every Australian summer to live in her hometown and play for Perth Glory, Kerr chose to leave.

Kerr stated that the want of a new challenge and the ability to evolve was a significant factor.

The easier travel and the setup of the FAWSL, partnered with English Premier League teams and facilities, were also major factors.

She'll also likely be playing in one league instead of two, where she'll be guaranteed time off in the northern hemisphere summer will also help in the long run.

Oh, and there's the money.

Hayley Raso has since followed her, signing with Everton despite being a fan favourite at the Portland Thorns - widely considered one of the most in-demand clubs in world football due to their massive, passionate supporter base - where she was offered a new contract.

Raso will be free to join the Toffees after the Matildas' third round of AFC Olympic Qualifying taking place from February 3 - 9, 2020.

Both players leaving the NWSL will be not just a huge blow to the Red Stars and Thorns, but also the NWSL and the W-League.

Foord has also left Sydney FC, announcing her departure yesterday. Her rights have been traded to NWSL club Orlando Pride, but although she's still yet to formally announce her move to WSL giants Arsenal, it seems a matter of time.

The fact that Portland traded Foord’s rights and not Foord herself indicates that this is the case. So some Matildas are leaving the NWSL for other new challenges in England’s FAWSL.

But there's a bigger problem; some are not being asked back. 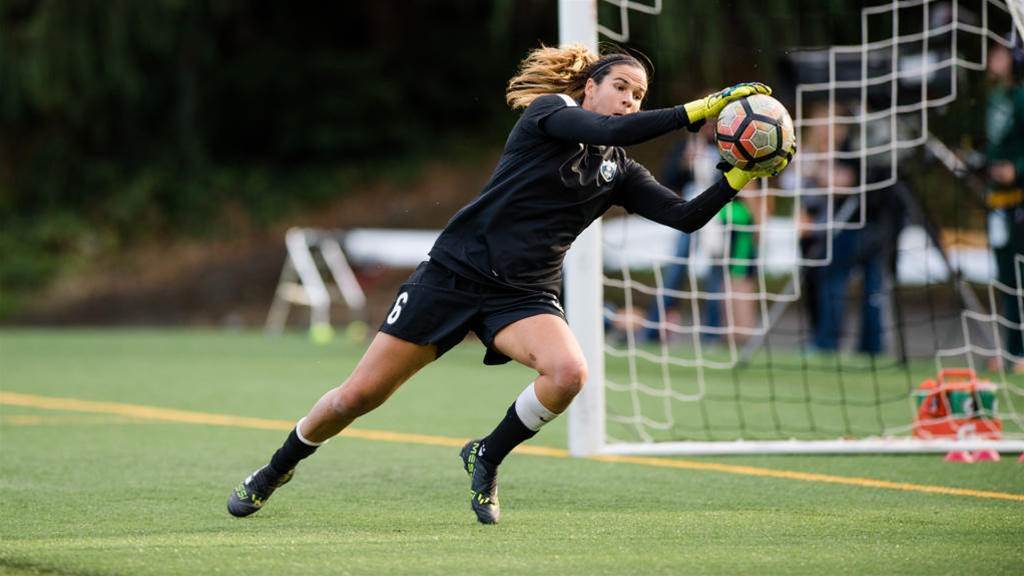 The worrying signs for Australian football

Until this season, 2020, NWSL teams were not allowed to sign players for contracts longer than one year, with the possibility of picking up a renewal option for a second year.

At the end of the second year of the contract, teams had to offer a new contract.

If teams did not exercise either option, then players were waived and entered a procedure the NWSL calls the re-wire.

The re-wire is kind of like a mini-draft for dropped players, where other NWSL clubs have the option to pick up waived player rights.

Last fall, after the 2019 NWSL season, 19 players were put into the NWSL re-wire. Five of them were Matildas: Clare Polkinghorne, Kyah Simon, Amy Harrison, Elise Kellond-Knight and Chloe Logarzo.

Only Logarzo was picked up by another team in the NWSL re-wire: Orlando Pride. However, the NWSL then voided the pick-up due to Logarzo being on loan to the Spirit from Sydney FC.

Her rights did not belong to Washington and were not theirs to give up.

While having more than 25% of the total number of waived players be Australian may seem like a lot, part of the reason is that most Matildas occupied international player spots, which are extremely valuable.

Each NWSL teams only has a certain amount of these spots for their rosters. Originally it was four per team, although some teams have traded them. Teams must then drop an international roster player should they want to bring in another one.

International players with green cards or dual citizenship do not count as taking one of these spots.

The Matildas were the second largest nation in player numbers represented in the NWSL last season, only after the USA.

Caitlin Foord and Hayley Raso had green cards and Lydia Williams has dual citizenship. Their other compatriots, however, as international roster spot players, were therefore under more scrutiny than their counterparts.

It made Matildas more likely to be dropped due to their more precarious position. This is likely to have been a significant factor that led to so many not being renewed or offered new contracts this season.

While some players were dropped, others have left for opportunities abroad, while further still may choose to leave for more playing time. 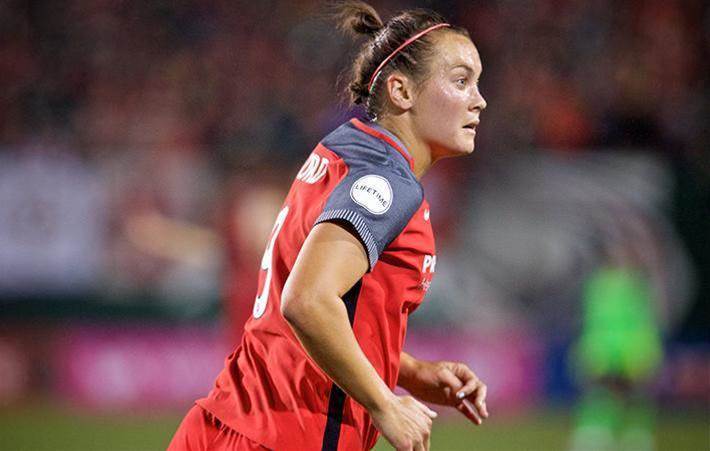 At present most players kept by their clubs are regular starters. However, two players, Lydia Williams and Makenzie Arnold, are not. The NWSL is a notoriously tough league to break into as a goalkeeper due to the great keeping talent present in the US and Canada.

Both Matildas keepers spent the last season as the backup on their respective NWSL teams.  Williams played one game for the Reign, Arnold did not feature at all. It is expected that both their positions will remain the same next season.

Being that Teagan Micah is currently also the backup keeper for the Melbourne Victory and was not drafted into the NWSL, this means that all three Matildas keepers may enter the Olympics without any regular club playing time if their current situation remains the same.

It is unlikely that all three would be satisfied with being the backup act at club level.

It would not be surprising if at least one, especially Matildas' number one, Williams, whose Reign FC already have too many keepers, was also to move abroad to a team that could secure them the number one spot.

So how many Matildas will be left in the NWSL next season?

With three players abroad and five players dropped, this leaves six Matildas left in the NWSL for the 2020 season.

This could rise to seven if Logarzo does get picked up by Orlando post W-League. She is no longer listed on the Washington active roster.

Ellie Carpenter has signed a multi-year contract with the Thorns, the first player in the NWSL to do so. Steph Catley, Alanna Kennedy and Makenzie Arnold have had their contracts extended. Emily van Egmond and Williams have also had new contract offers.

As for other Matildas, both those dropped and those performing well in the W-League, the 2020 NWSL is not out of reach. NWSL teams are still building their rosters and the look of each has changed dramatically since last November.

They may also find value in one or more Matildas - or those around the national team yet to break through - that are currently available.

As the draft has passed and the roster formation is becoming clearer, more NWSL transfer action and roster additions should happen in the following weeks.

NWSL clubs can also add free-agents to rosters during the season, as happened to Arnold in 2019.

So what's our conclusion? 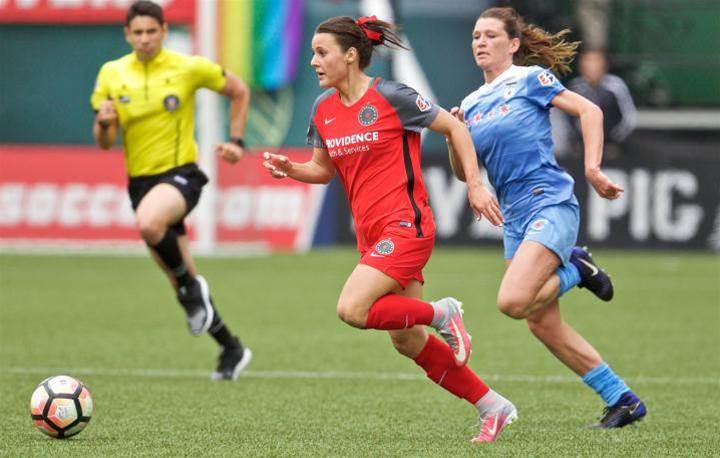 The departure of so many Matildas is definitely a negative for Australian NWSL fans. Having less players active in what is still regarded as the best league in the world will hurt the Matildas.

It's important to remember that while the riches and resources that come with European giants are a major benefit to women's football, many of these leagues still suffer a significant lack of competition between the best teams and the worst. At least for the moment.

Players being dropped may also affect the Matildas, with fewer amounts on the roster playing for extended periods of the year.

But if we look towards the future, this may be a blessing in disguise.

Hayley Raso has stated that her being dropped from Washington Spirit was one of the best things that happened to her, as it served as a wakeup call that ignited a fire in her to evolve. It may have this effect on others.

The movement to the WSL, on the other hand, may be beneficial not just to those individual players, but to the Matildas overall.

Not only will it ensure those players have breaks during the year, reducing injury strains, fatigue and the resulting burdening effect of international duty, but it will also evolve their game.

The English game, in general, is played on a more technical and tactical level than the W-League and NWSL.

Like Kerr said, all players need to evolve to progress in their career. As more international teams improve the quality of their play, having players exposed to different styles of play at club level will help the national team in their ability to adapt.

For fans, this will also evolve where Australians can watch their national team players ply their trade.

While it will be more difficult to tune in and watch back-to-back to back games with Matildas facing off against each other, as happened last summer in the NWSL, it will introduce Australians to the WSL where they can now see Australians regularly.

Sometimes losing out in one place, means gaining in another.