Brisbane's A-League game against Western Sydney Wanderers will go ahead on Saturday with the Queensland government lifting a COVID-19 lockdown on the city.

Saturday's A-League match between Brisbane Roar and Western Sydney Wanderers will go ahead as scheduled after the decision to lift a three-day COVID-19 lockdown on the city.

The Queensland government announced on Thursday they would lift the lockdown on the greater Brisbane area at midday after recording just one new case of community transmission in the past 24 hours.

In the wake of that decision, A-League authorities confirmed the Roar-Wanderers match at Moreton Daily Stadium in Redcliffe would proceed as planned.

"The pandemic continues to challenge us all and we are grateful that the situation evolved in a way that the snap lockdown in greater Brisbane could conclude today," Australian Professional Leagues commissioner Greg O'Rourke said.

"It is fantastic that we are now able to stage the match as scheduled for the benefit of the fans."

While the game will go ahead, government restrictions such as the wearing of masks and social distancing will be enforced at the venue.

A decision on the Roar's W-League semi-final against Melbourne Victory is expected to be announced later on Thursday.

The game, which will be played on either Sunday or Monday, is set to be held in Brisbane after the Roar finished second on the competition ladder while Victory were third after Wednesday's 2-1 loss to eventual premiers Sydney FC. 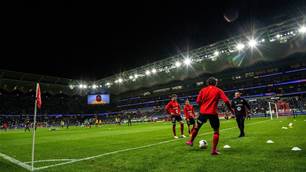 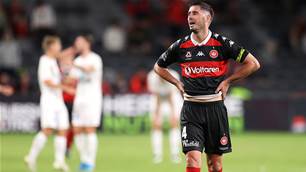 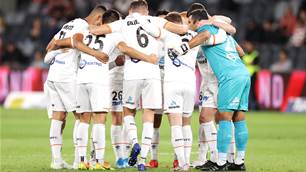