The Dash announced on Thursday that the 30-year-old had been granted an immediate release due to "personal family reasons".

Capped 118 times by Australia, Polkinghorne has been with the National Women's Soccer League club since June 2018 and has been an ever-present this season either side of this year's Women's World Cup in France.

Polkinghorne leaves with the Dash in sixth place in the NWSL, five points outside the playoff spots with seven games still to play.

The Texas-based team, who still have Matilda Kyah Simon on their roster, host Sky Blue FC this weekend. 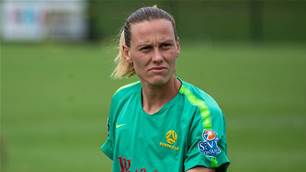