Football Australia Chief James Johnson has confirmed the national body's financial stability, regardless of if the Socceroos make it to this year's World Cup.

The Socceroos' disastrous end to their third round of World Cup qualification has seen the national team having to pass through the play-offs to book a ticket to Qatar 2022.  In the past, a missed World Cup could have spelled out a financial calamity for Football Australia.
However, even if the side falls short and misses out on the estimated $12 million FIFA windfall just for reaching the group stage, the FA will be able to weather the whirlwind, thanks to Johnson’s shrewd fiscal manoeuvring.
FA accumulated a net surplus of $11.8 million for the financial year ended June 2021, and is on course to double their revenue this year due, in part, to sponsorship deals with Spanish car brand Cupra, Commonwealth Bank, Rebel, Paramount+, Disney and an increase in government funding through women’s World Cup legacy. 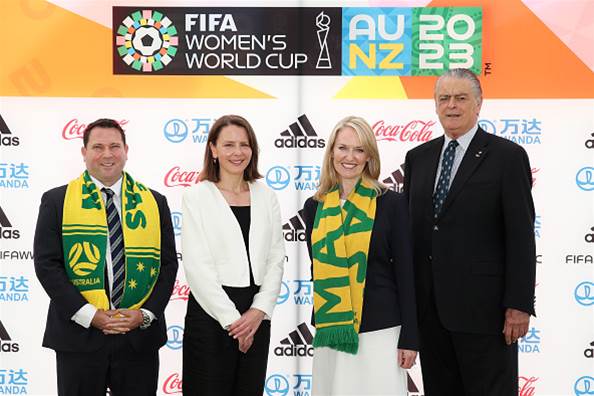 “We have worked very hard to strengthen FA’s financial position," Johnson said to FTBL and The Women's Game.
"Should we not qualify, sure, it will hurt from a sporting perspective, but the business is safe and secure off the pitch allowing us to continue to invest in solving many of the long-standing football issues around the game,” the FA chief insisted.
Last year, Football Australia and the Australian Professional Leagues negotiated an independent professional league structure.
This year, Football Australia brought in sweeping changes to the Australia Cup, including creating a direct qualification spot for the Cup winner into Asian club football competitions, and recently removed the long-standing transfer fee cap that existed in many parts of Australian football.
But Johnson says there is more change on the horizon.
“The new FA administration is committed to solving football issues and we need to remember that many are long-term and deep-rooted, so it will take time and investment to turn it around," he said.
"There is more football change coming and we need to keep focused on change while at the same time dialling down the politics of the past.”
Johnson is looking to recruit a “chief football officer” to help drive more waves of football structural reform, someone who “can wake up every day” and focus on priorities like further changes to the domestic transfer system, including a training compensation component, the unfurling of a second tier national competition, and a national club licensing system that is focused on creating a strategic framework for clubs.

“We will invest in a chief football officer who will wake up everyday and think about solving football issues,” he explained.

Despite recent setbacks, the future of the FA is secure and growing.