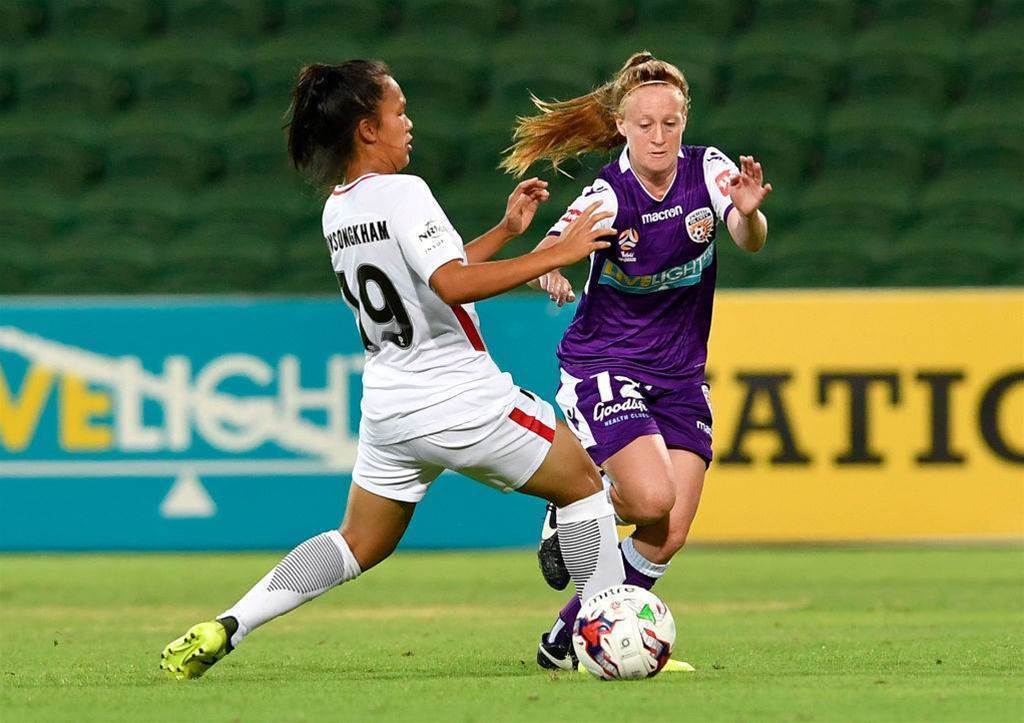 But like many young girls, it was the support of her mother - "my mum gave me a ball when I first started walking" - and a healthy amount of defiant self-belief, that gave her the courage to keep playing.

She would play the local boys and she told SBS News it made her a far better player.

“They don’t like to play soft, if they see girls on the field with them,” she said. “They like to go in hard and do everything 100 per cent.”

This season, she has the chance to show just how far she's come.

She already made her mark on the W-League and youth national teams last season.

But this time, Phonsongkham has to deal with the weight of expectation. Not just in her own prodigious career, but those of her club, who are expected to achieve big things this season.

Catch all of the goals from Round 11 in the link below:https://t.co/1YLCD4jvvT pic.twitter.com/ifrtIicxhm

There are always payoffs though. With raised expectations comes the ability to play in front of huge W-League crowds at Bankwest Stadium, in front of some of the most rapturous crowds in the league.

“I’m really excited to be back because the facility here is amazing, top class," she says.

"With the new stadium behind us and the crowd, I think that will help us a lot this season."

Like so many migrants before her that have gone on to change Australian football for the better, her main ambition is simple, humble...yet powerfully altruistic.

"I want to play professionally because of what it would mean to my mother after all the sacrifices she made for me.

"I want the future of women's football to be equal to men.

“My aim is, if I get anywhere in football, I would like to go back (to Thailand)," she further told SBS.

"I just want to encourage girls to play football because it gets them out of trouble.”