A late Clare Polkinghorne header saw the Matildas snatch a 1-1 draw against World No. 3 England at London’s Craven Cottage early this morning.

However, the final scoreline flattered the Aussies, masking several individual and tactical errors. Here are five things we learned:

1. Versatility is a blessing – and a curse 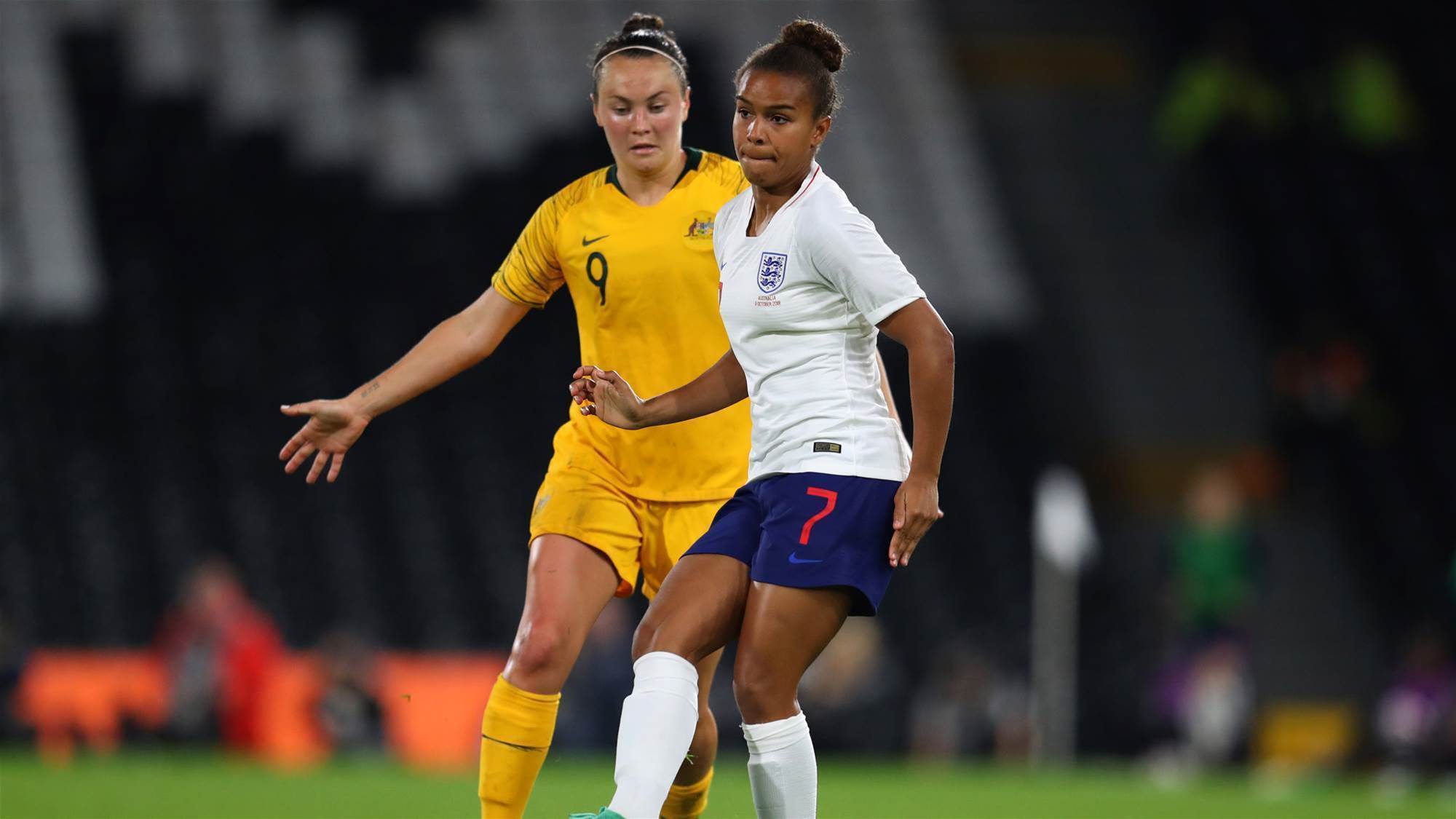 Matildas coach Alen Stajcic has made a habit out of moving players from their preferred positions, whether to cover for players who are out of form, unavailable, or simply as an experiment. Today was no exception.

In the absence of experienced centre-half Alanna Kennedy, left fullback Steph Catley was moved in-field to be paired with Clare Polkinghorne. Caitlin Foord, usually a left winger, filled in for Catley at left fullback.

These two shifts had a significant impact on the game. While

Catley’s speed and wicked left foot make her one of the best fullbacks in the world, her move to the centre of defence saw the Matildas lose that attacking option. This resulted in a lack of service for other attackers like Chloe Logarzo, Lisa De Vanna, and Mary Fowler. While Catley did an excellent job holding the line alongside Polkinghorne, it is worthwhile asking whether her defensive cover is more valuable than what she offers in attack.

Further, while Foord made a name for herself at right fullback during the 2015 World Cup by marking Brazilian superstar Marta out of the game, she has not played in a defensive position for several years. That lack of recent defensive experience was on display today as Foord was regularly turned around by English winger Beth Mead.

More concerningly, Foord was involved in two penalty shouts by the England team, sandwiching Mead in the box and then tripping over Mead’s replacement, Nikita Parris. Were it not for some curious refereeing decisions, Foord’s poor decision-making in these moments could have cost Australia the game.

Versatility is a great attribute to have as a footballer; your role in a game can change unexpectedly and instantaneously. However, in a footballing climate where specialisation is becoming the norm, Stajcic must decide on which attributes will best maximise the abilities of individual players and contribute to the success of the team as a whole.

2. Refereeing standards are not always up to par

The scoreline masks a number of cracks created by poor refereeing, with a pair of goals denied, and two penalty kicks waved away.

First, a 34th minute corner by England resulted in what appeared to be a goal bundled over the line by Mead. However, the referee on the far touchline did not judge the ball to have crossed the line entirely, despite their perspective being obscured by the goal post. The lack of goal-line technology meant there was no way to overturn the referee’s decision, and the game played on.

Just 10 minutes later, and much more controversially, the same sideline referee ruled a goal to England’s Lucy Staniforth offside. After in-form striker Fran Kirby teed up Staniforth at the back post, the referee raised her flag, even though replays showed that Staniforth was behind Kirby before the final pass. Again, the lack of VAR meant there was no way England could have the decision overturned.

The Lionesses could have used VAR twice more when Mead and Parris were each brought down in the penalty area. The trip by Foord on Parris in the 80th minute was unmistakable but the referee waved it away, much to the visible anger of Parris and to the boos of the London crowd. The obviousness of the errors should be a wake-up call to the Matildas, who were effectively saved from a possible 4-1 loss by poor refereeing. They should not expect to be so lucky next time.