Matildas third-choice goalkeeper Casey Dumont is counting her blessings for being part of Australia’s Asian Cup squad, but is adamant she always deserved a spot in the team.

The Matildas are set to meet rivals Japan in the Asian Cup final on Saturday (3AM AEST), but it did not come without a scare, beating underdogs Thailand in a penalty shootout last night.

Coach Alen Stajcic has opted to rotate between both Lydia Williams and Mackenzie Arnold in goal during this Asian Cup campaign.

Dumont has not played a game for the Matildas since being subbed on for the final two minutes in a friendly against Brazil before the 2016 Olympics.

And with another W-League season to come and World Cup next year, Dumont said she would be backing Stajcic regardless of who he picks to play in goals for the Matildas.

“Honestly, yes (I was surprised to get called up), due to the fact Eliza (Campbell) was called up to the last few,” Dumont told The Women’s Game.

“While the girls were out in Portugal (2018 Algarve Cup), I got an email from Staj saying ‘can you make sure that you’re well prepared because I’ll possibly consider you’.

“When I went into camp in AIS, he had another chat telling me ‘due to Eliza’s concussion, you might be a possibility, so don’t be shocked if you get picked’.

“That’s one of the reasons why I’m going to grab it with two hands and show I belong there.”

Dumont also said she is competitive with Arnold and Williams on the training ground, but is good friends with them off the field. 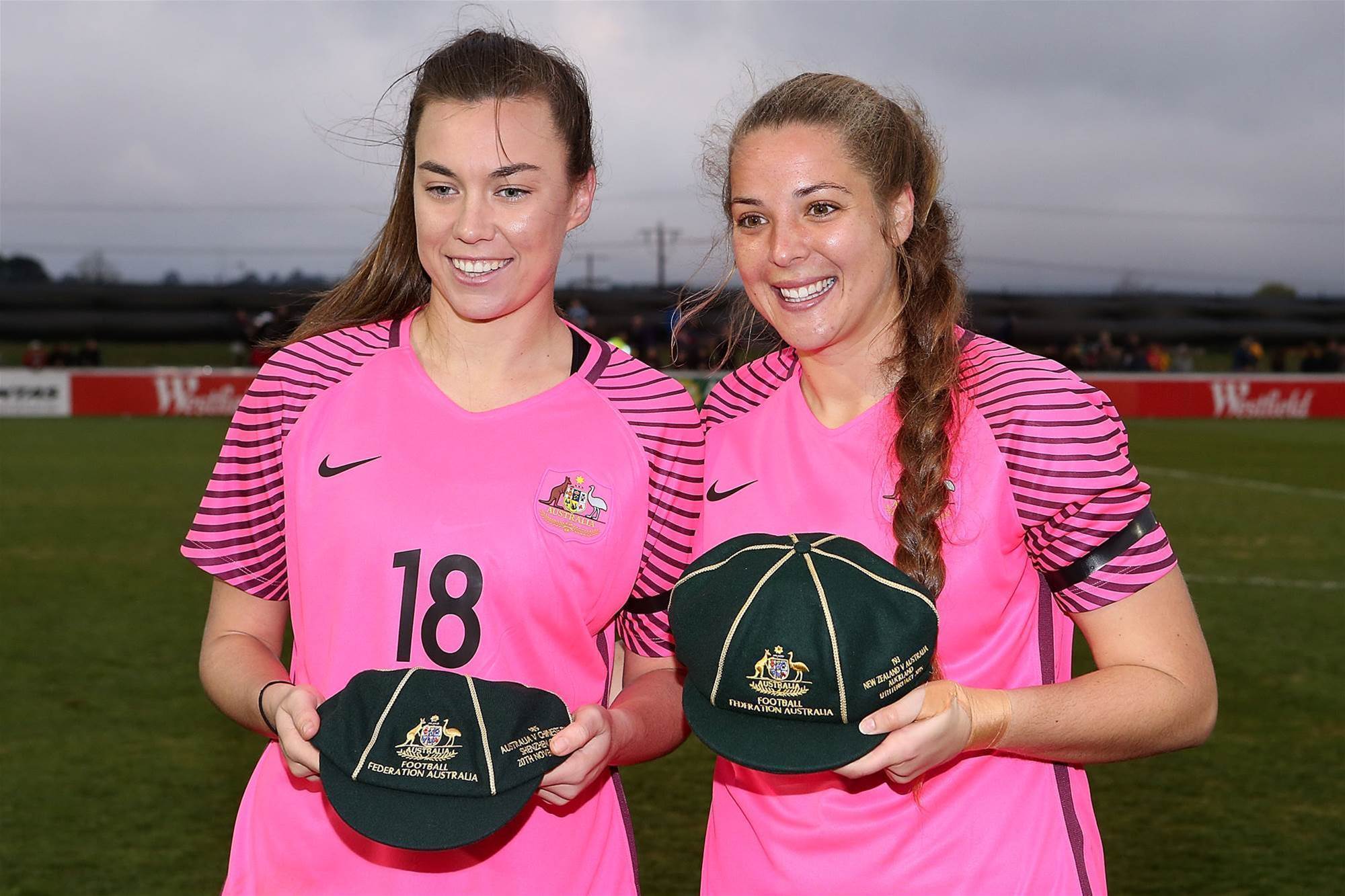 “There are no hard feelings at any time, it’s just when we can get the opportunity we showcase our own skills,” she said.

“When it comes to training, we just try and better each other by having other competition and pushing and trying to outdo each other.

“We all sit around, have coffee and have a chat. Speaking of Bubs (Melissa Barbieri), she was a great mentor for me when I was younger.

“While I was in Melbourne, I caught up with her regularly for coffee dates. Before she signed for City, we had muck-around kicking sessions with her, just trying to be a friend for her.

“There’s competition and I guess hardness, but we’re all supportive. Whoever starts, the other two support and vice-versa.”

The Melbourne Victory keeper also said she enjoyed her first season at the Big V despite finishing seventh on the table.

Dumont played all 11 games, conceding 17 goals and felt her personal performances were consistent.

“I did cop a few hits and injuries along the way, so then having to make sure the physios and medical staff can get me back on the field was a priority most of the time.

“I just made sure that when I did play, I played as best as I could at the time. I have no regrets with that club and I think they were really happy with how I went as well.

“It was a great season on and off the pitch and the club’s amazing, they’re so supportive, but I think the support they gave me really helped me to perform regularly week-in and week-out.”