The Matildas are through to the semi-finals of the 2018 Asian Cup and are off to next year’s FIFA Women’s World Cup in France after a 1-1 cliffhanger against Japan.

Sam Kerr brought the Matildas back into the tournament with an 86th-minute equaliser on the end of a Kyah Simon pass.

The goal came after a harrowing second half for the Australians who had dropped a goal just after the hour mark, having had the best of the first half.

Japan withstood an early flurry from Australia, with Lisa De Vanna firing over the crossbar early before having a shot from in front only to be blocked inches from the line after a flying Kerr delivered in from the right flank.

Playing under a constant soundtrack of Japanese drums, the early rhythm was set by the Matildas who deployed a well timed mixture of building up through the midfield, and sending the ball long when Japan’s defence compressed.

Katrina Gorry was in everything but the scoresheet through this period, winning all the balls, and generating space for Steph Catley and Ellie Carpenter wide. 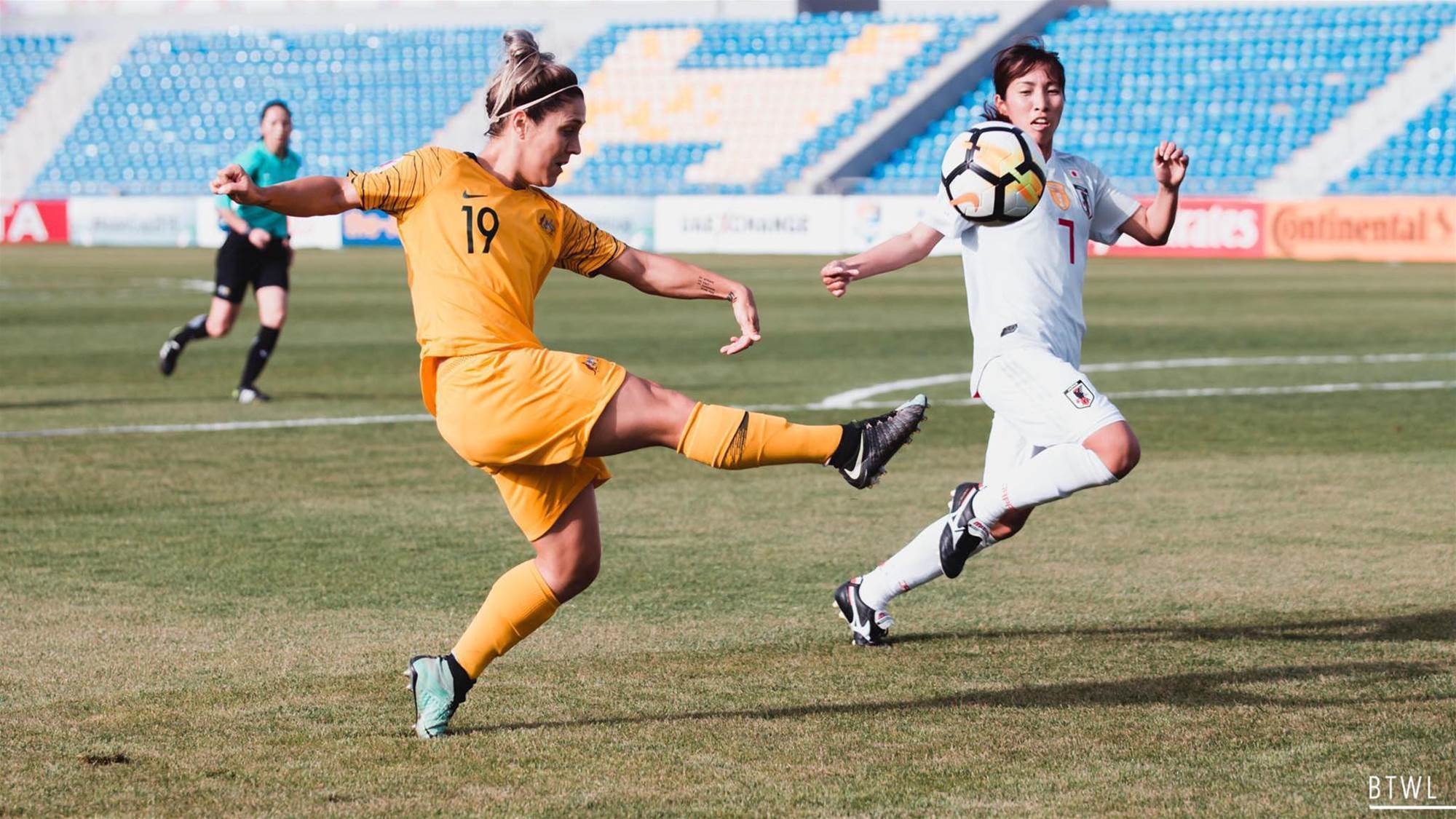 While the Australian goal was untroubled in the first 30 minutes, Iwabuchi showed signs of what was to come in the midfield from Japan.

The second half kicked off with a clumsy challenge on De Vanna which saw her seeking treatment and Steph Catley hitting the deck moments later after fielding a ball to the face.

This disrupted start for Australia seemed to give Japan space they hadn’t found in the first half.

Australia’s faultless passing in the backline in the first half dropped away in the early stages of the second half and the Matildas found themselves chasing Hasagawa who had started to combine with Iwabuchi to find space in behind Australia’s right side of the defence.

It was the diminutive Hasagawa who found the crucial space and fed a gentle ball back to Sakaguchi who finished past a diving Lydia Williams to give Japan the lead.

The game took on a new tone after this, with Australia having slipped from first to third in a split second, chasing a spot in next year’s World Cup with 25 minutes left on the clock.

The other part of the equation playing out was the South Korea v Vietnam match as South Korea steadily raised their scoreline to 4-0 against Vietnam.

It seemed a healthy result but it wasn’t enough to see them past Japan after Kerr did a well Kerr, equalising in a congested six-yard box to put Australia back on top of the group.

The final minutes saw a bizarre stand-off as Japan were content to pass the ball along their backline in the knowledge they had secured a semi-final position.

Australia will play Thailand on Tuesday night (11:45pm AEST) in the first semi-final which will determine the Asian Cup finalist to play the winner of Japan and China.

South Korea will play off for the remaining World Cup spot for an Asian team against the Philippines.

Australia will be thanking Kerr that it wasn’t the Matildas in that position for years to come.