Natasha Dowie has played in many losing games for Melbourne Victory over the years, but can’t recall a moment where she has regretted the move to AAMI Park.

The 30-year-old is set to play her first final for Victory on Sunday after the Big V claimed top spot on the W-League table this week.

Victory are looking to down Perth Glory in Sunday afternoon’s semi-final and captain Dowie will be rallying the troops for the match.

Dowie arrived in Melbourne in 2015 and sees a long-term future with Victory post-playing despite the tough times prior to this year.

“I’m a winner and I hate losing, but when I came to this club, there hasn’t been one year where I haven’t enjoyed myself,” Dowie told The Women’s Game.

“It sounds crazy seeing as we’ve finished bottom two years in a row, but it shows how much we love this club and this city and the way they made me feel so part of the team. The group of players we’ve had around have always been so special and every year I’ve left, I’ve always cried, been upset and have wished I could stay longer.

“I always had faith, I never thought of going anywhere else and I’ve always seen my future with this club. Every year I always knew that we needed to make the squad stronger and I’d always be talking to him about players I felt we could bring in to strengthen the squad.

“When I was talking to him this year and telling him about the players who were interested in coming, it’s the first time I really got excited. Sam Johnson, Christine Nairn, Dani Weatherholt, Emily Gielnik, Ella Mastrantonio and Teigen Allen can play in any other team.” 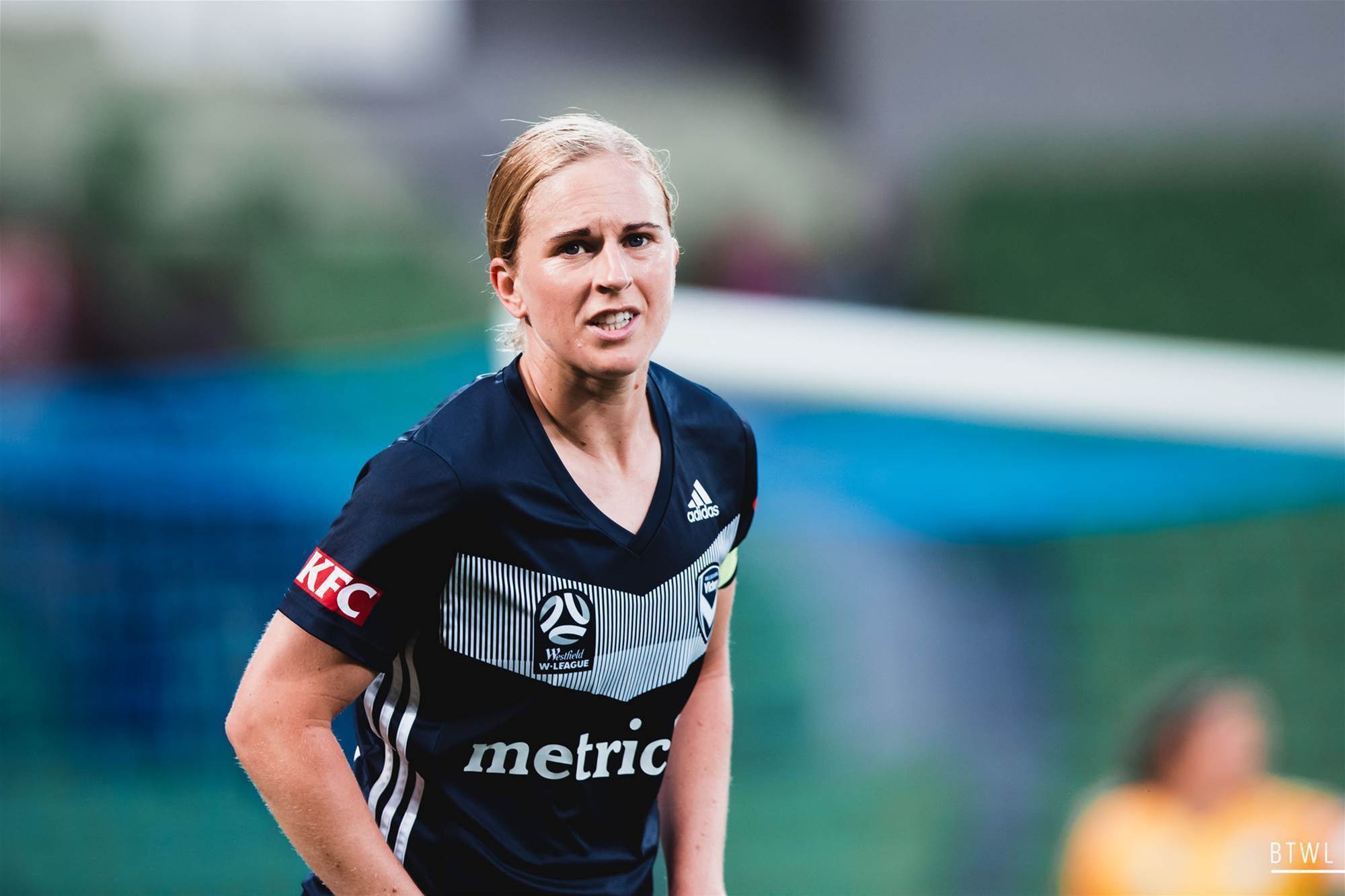 Dowie ready to lead her team on Sunday. By Rachel Bach (@bythewhiteline)

Dowie added it was important to treat Sunday as normal as possible. Victory have beaten Perth Glory 2-1 twice this season.

“It’s a while since I’ve been in this position, it’s probably since I won the league with Liverpool in 2014,” she said.

“It’s exciting and this is what I train for, I love these pressure games, but the great thing for me is you look at our starting XI and pretty much everyone has been in this position before.

“We’re all experienced players and I think it’s just down to me to do what I always do, which is try and lead by example and to make sure everyone is fully focused on the task at hand.

“We can’t overthink it too much because sometimes it can affect us in a negative way. We’ll just do what we’ve been doing all year and it’s another game.”

Dowie hasn’t represented England since 2014, but was eyeing a spot at this year’s World Cup in France.

The Victory skipper has impressed this season, netting nine goals in 12 games.

“All I can do is to play well and keep scoring,” Dowie said.

“My agent is in talks with Phil Neville now to see what the situation is and whether or not I’m in his eyeline. If I’m not, I can just move on and keep focusing on enjoying my football.

“If I am, I’d be very happy if he’d want to take me to a camp and have a look at me before the World Cup. I pride myself on scoring goals and I’d hope any manager would want a striker that scores goals like I do. It’d be an unbelievable dream come true, but I try not to think too much about it.”