Rhali Dobson says this is the best season she’s had in a long time and has not ruled out a stint overseas or a plane ticket to next year’s World Cup in France.

The 26-year-old Melbourne City attacker scored a brace against Canberra United last week as her team looks to make finals after it seemed an uphill task just a fortnight ago.

Dobson has been key in keeping City’s season together, after the Melburnians were forced to blood several youngsters in the opening weeks due to injury, international duty and late arrivals.

And despite just having one cap for the Matildas, the full-time occupational therapist was reaching for the moon.

“It’s been my best season in a long time, the last time I was playing this well was under Pete McGuinness,” Dobson told The Women’s Game.

“He just really encouraged me to play to my strengths, attacking ability and to back myself. It’s been nice this year, last year I was honing on those skills again and really capitalising on them. 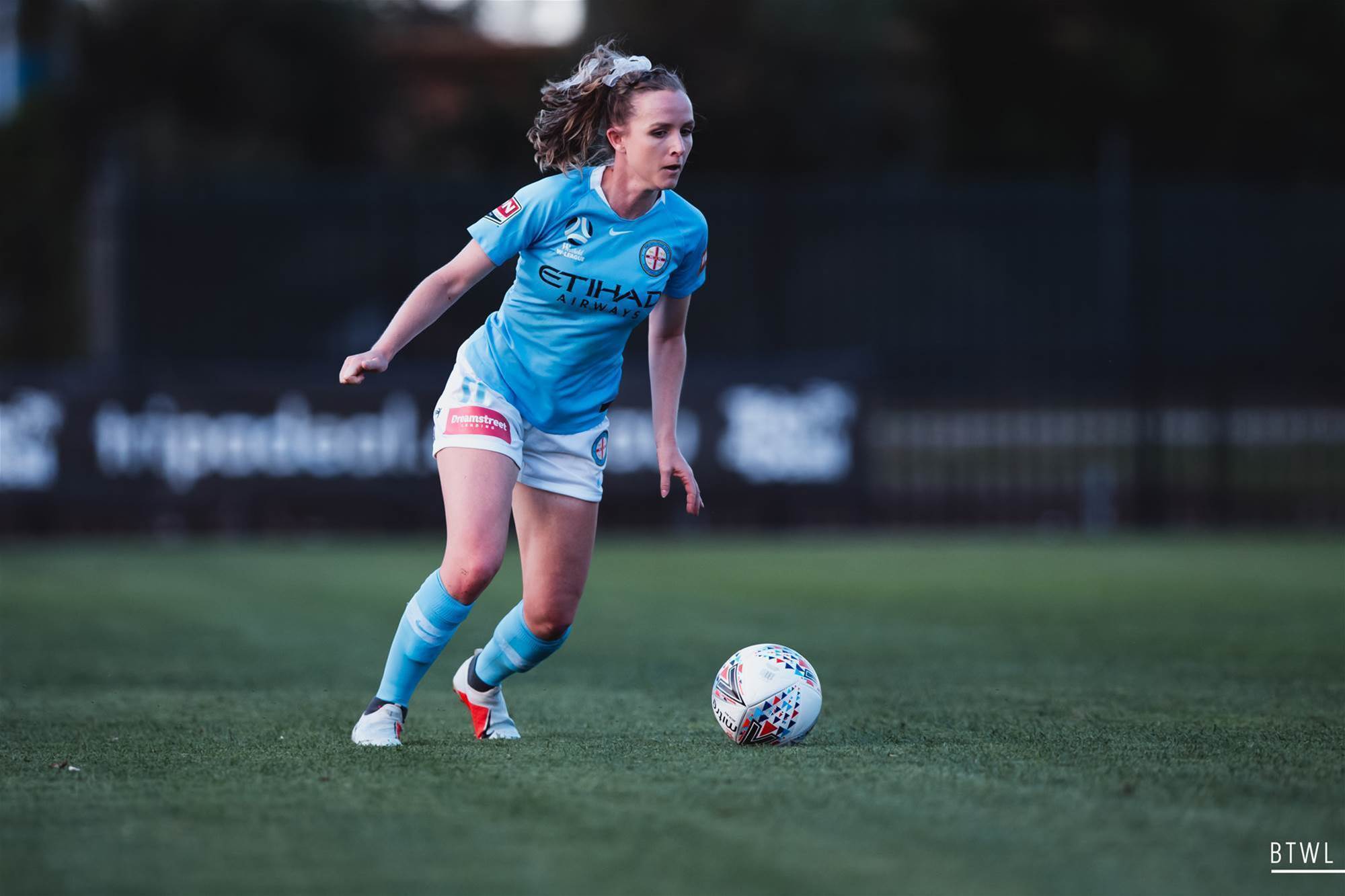 Has Rhali been City's best player this season? By Rachel Bach (@bythewhiteline)

“I’ve been in a fair few camps. If the opportunity arose to join the Matildas, then it’s a cherry on top for me for taking the opportunity to come to City and working hard.

“It wouldn’t bother me if I wasn’t a starting player as I know the impact I can have coming off the bench. Everyone is fighting for a spot this year, so I don’t think any position is safe going into the World Cup.”

Dobson spends the W-League offseason playing in the WPL Championship in Newcastle for Merewether United where she enjoyed a title this year.

The forward didn’t rule out entertaining an overseas opportunity, but revealed she was committed to spending time with her partner, Matt Stonham, after he suffered a seizure while playing football in 2015.

“I do think about playing overseas, but it’s so hard in the women’s game, because a lot of the time, we’re not able to bargain in our partner coming with us,” she said.

“With the men, they get to do that, hands down every time. It’d be so important to be able to take my partner Matt with me overseas. I would prefer to play in Europe rather than the NWSL.

“I know the American competition is really popular and a lot of girls play there, but it’s not a country that appeals to me a lot. If the opportunity arose and someone made an offer, i’d consider it.

“Things happen for a reason, if it comes, it comes and if it doesn’t, that’s OK as I’m pretty happy with how things are going.

“Matt and I have done long distance, it’s different domestically between Newcastle and Melbourne and we’ve travelled separately as well.

“Considering the health scare we had with him a couple of years ago, I don’t want to miss any time with him. Despite that, he would quite happily ship me over if the opportunity came, because he wouldn’t want me to miss out.”

Merry Christmas Everyone! Hope you have all had a wonderful, chaotic and fun day with all your loved ones!! Still no puppy at my end.... We thankyou for all your love and support through 2018, we love you all dearly! Love @rhali2104 and @stonhammatt xoxo #merrychristmas2018 #theadventuresofstaliandrhoney #familytime #welookexhausted

Dobson described herself as a happy-go-lucky person, who always prepares with a smile on her face. She now has better reasons to be enthusiastic as City are back to full-strength with Rebecca Stott and Steph Catley back in defence.

The 26-year-old also scored a cracker on the brink of half-time last week and revealed she took some inspiration from her beloved Liverpool before the game.

“I’d read an article on Andrew Robertson who plays for Liverpool and John Arne Riise commented on his game,” she said.

“He said Robertson was getting a bit predictable because he gets in the box and he just crosses when he could also shoot. My dad and our staff were reinforcing to me that I needed to make the magic happen because they see it.

“I’ve just been so focused on making sure our strikers were scoring that I’d forgotten about myself in a way and what I was capable of. When the opportunity arose, I just took the ball and both my feet are strong, so I saw the opening in the far post and I just hit it. It was a sweet goal.”