The Australian Diamonds have topped their group at the Netball World Cup with another big win.

The Diamonds, who came into the match without losing a quarter, ensured that would continue their dominant performance with a 99-24 victory over Sri Lanka.

There were a few changes to the starting side which faced Zimbabwe on Saturday with Caitlin Thwaites and Steph Wood the new shooting combination while Sarah Klau started her second game as goal keeper.

The Diamonds used their speed as they made their way down the court time and time again, with Sri Lanka unable to overcome this quick transition and flow in play.

Australia was playing a more direct style in attack, trying to keep the ball out of the air, and keeping it flat which was working in their favour.

The defence was also impressive.

Klau had a tough job of marking the tallest player at the World Cup, Tharjini Sivalingam but the goal shooter didn't move much in the goal circle leaving Sri Lanka with limited options.

Sri Lanka seemed to settle after a few quick on court positional changes halfway through the first quarter but nothing that would alter Australia's dominance.

However, Sivalingam and goal attack Dulangi Wannithileka both shot at 100 per cent throughout the first term.

Australia didn't take their foot off the gas in the third as they continued to extend their lead.

There also weren't many changes for the Aussies throughout the match with Lisa Alexander sticking to the players who started the game, with the exception of Paige Hadley, who came on after halftime.

Australia will now be in Group F alongside the top three teams from Group B including Trans-Tasman rivals New Zealand for the second stage of the preliminaries.

They will come up against Barbados on Monday from 8pm AEST LIVE on 9Gem. 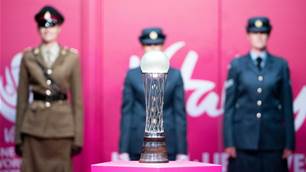 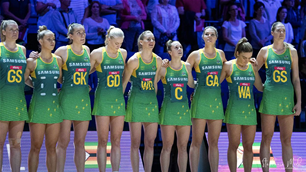