After winning the T54 1500m on Tuesday, Madison de Rozario has claimed her second gold medal of the Commonwealth Games in T54 marathon this morning.

De Rozario broke clear of a group of four athletes in the lead pack with five kilometres of the race left to grab gold in 1:44:00.

This was also the first time the T54 Marathon has been part of a Commonwealth Games. 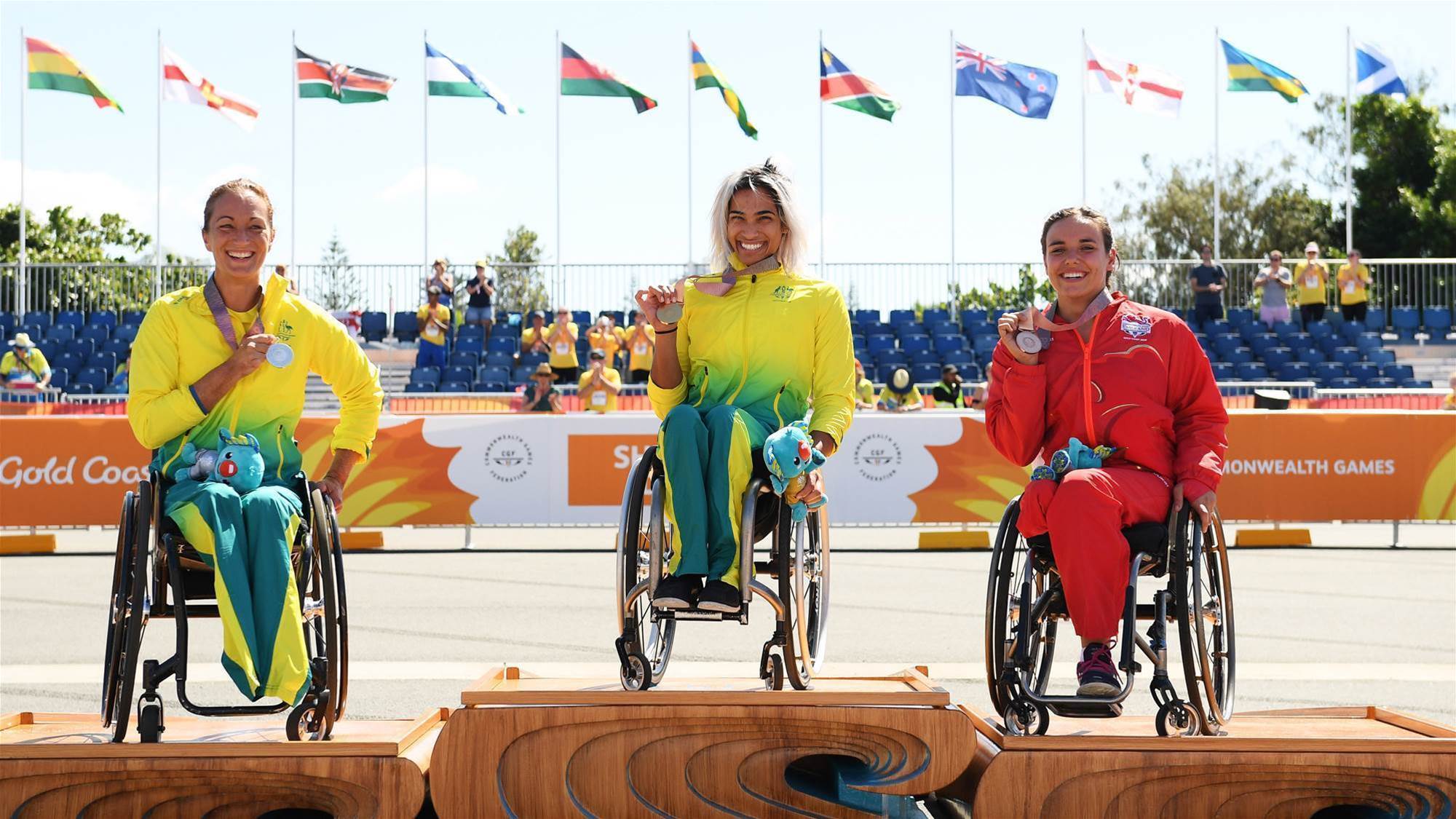 "It's an amazing feeling, I didn't know what was going to happen," De Rozario said,

"This is my first Commonwealth Games and to do it in front of a home crowd is incredible - they were amazing.

"I was nervous going into it, but I'm definitely looking forward to relaxing now," she said.