Melbourne City has claimed a record third W-League Championship with a 2-0 win against Sydney FC.

"It's fantastic but it was hard," Fishlock told Fox Sports.

"Sydney are a fantastic team and we knew today was going to be hard for us.

"I have nothing but pride and for this group of girls," she said. 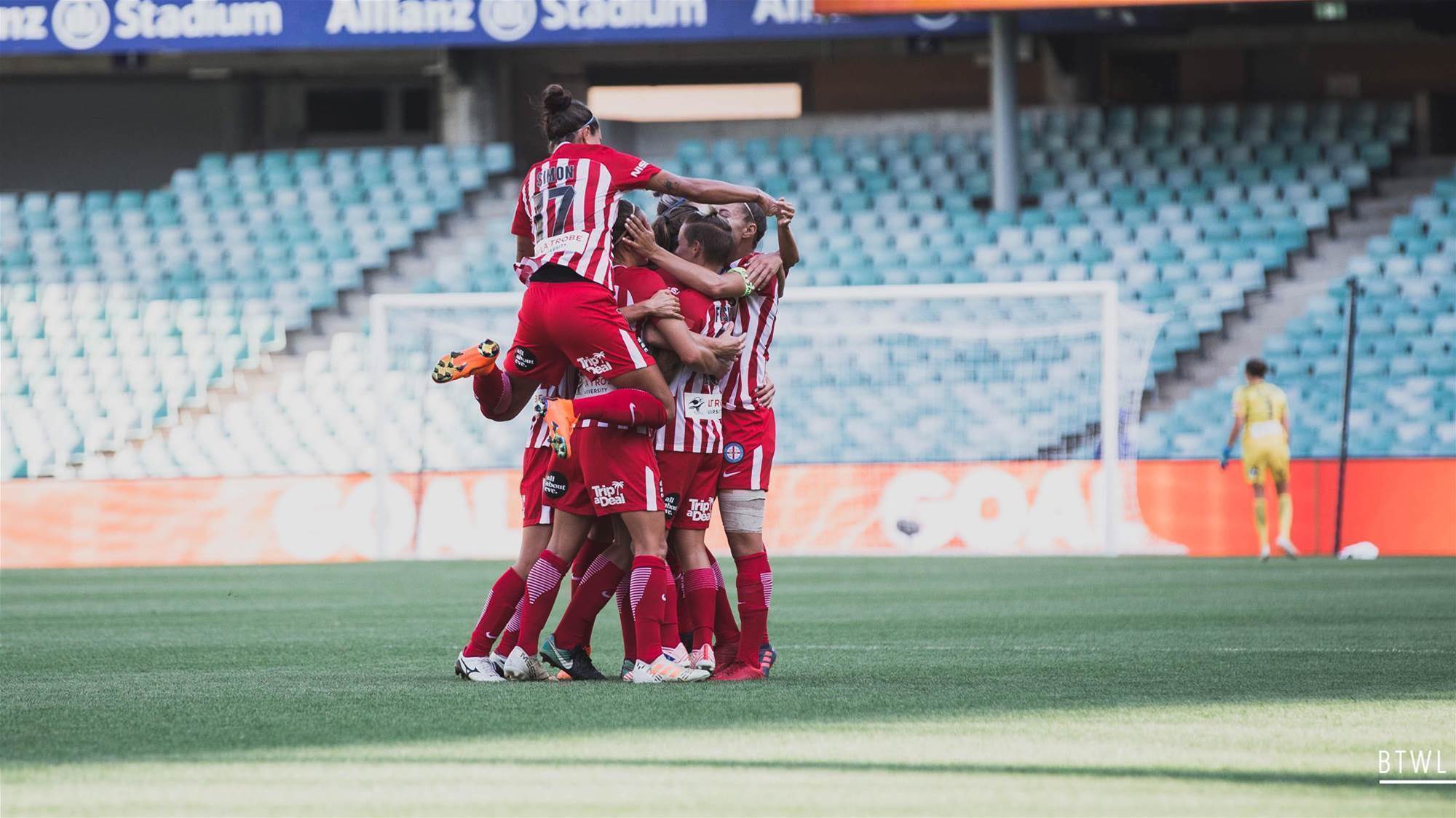 It was a game which started with a war of words online as Fishlock stated City were the best team in the league and the fiery battle between the teams continued on the field.

The difference between the two sides was how strong the City defence were, as Sydney only panicked City three times but Lydia Williams stood strong in goals.

Fishlock opened the scoring with a bit of controversy as Sydney goalkeeper Aubrey Bledsoe looked to be fouled by Kyah Simon in the box, which may have prevented her from getting back to save the goal.

Referee Rebecca Durcau waved it away despite Bledsoe's protest.

A costly error has allowed Jessica Fishlock to break the deadlock for @MelbCityWFC! pic.twitter.com/HoNdxOTjbo

The game was tense especially between former City teammates Lisa De Vanna and Jess Fishlock who came together just before halftime.

Simon has worried the Matildas camp after going down in the second half with a hamstring injury.

Sydney failed to clear a save from Bledsoe after a Fishlock freekick as Taylor followed up to tap the back into the goal.

WHAT A SAVE! But in the end it was Jodie Taylor who pounced to double @MelbCityWFC's lead! pic.twitter.com/qM0WTGDt1U

City dominated in defence as the Sydney forwards struggled to get chances on goal so Juric injected youngster Remi Siemsen for speed and pace up front.

Sydney threw everything they had left at City and were not going down without a fight.

It was a hard loss for Sydney who said earlier in the week they wanted to do it for injured teammates Catlin Foord and Amy Harrison.

"I'm so proud of my team," said Teresa Polias.

"There are a lot of stories in our team and for us to do what we did this season I'm so incredibly proud.

"I'm sorry to the people for we didn't quite do it for today but I'm incredibly proud of this team," she said.

All photos by Rach Bach