Sydney FC and Matildas midfielder Chloe Logarzo is turning up the heat ahead of Australia's pre-Women's World Cup friendlies - and she predicts a coming of age year for the Matildas.

Logarzo recently penned a contract at W-League club Sydney FC alongside five other Matildas team-mates ahead of the 2018/19 season after another positive performance at the Tournament of Nations in July.

The Matildas entered the tournament as defending champions and went undefeated - including a dominating 3-1 win over Brazil  - they finished runners-up to the USA.

"Overall, we didn't achieve the goal we think the public would have wanted," Logarzo told The Women’s Game. "In terms of the football, we did what we needed to move up the World rankings which were seeded for the World Cup.

"We were sitting around eighth before the tournament and we moved to fifth which puts us in the top six ahead of the World Cup draw which is amazing."

Logarzo starred in Australia's 1-1 draw against the USWNT, scoring the Matildas’ only goal in the blockbuster.

"It was nice especially to receive the ball from Lisa (De Vanna)," said Logarzo. "It's the second goal she has set me up for, being my room-mate also it's nice to be bouncing off someone so well."

Despite her World Champion ambitions, Logarzo’s aware the team needs to focus on taking each game one match at a time on the road to glory.

"We haven't had a chance to talk about it since the Tournament of Nations which was our main focus," said Logarzo. "We seem to be getting stuck at the quarter-finals and obviously we want to move past that point.

"Everyone wants us to win the World Cup. For me, it's about putting us in the best position to win these World Cups." 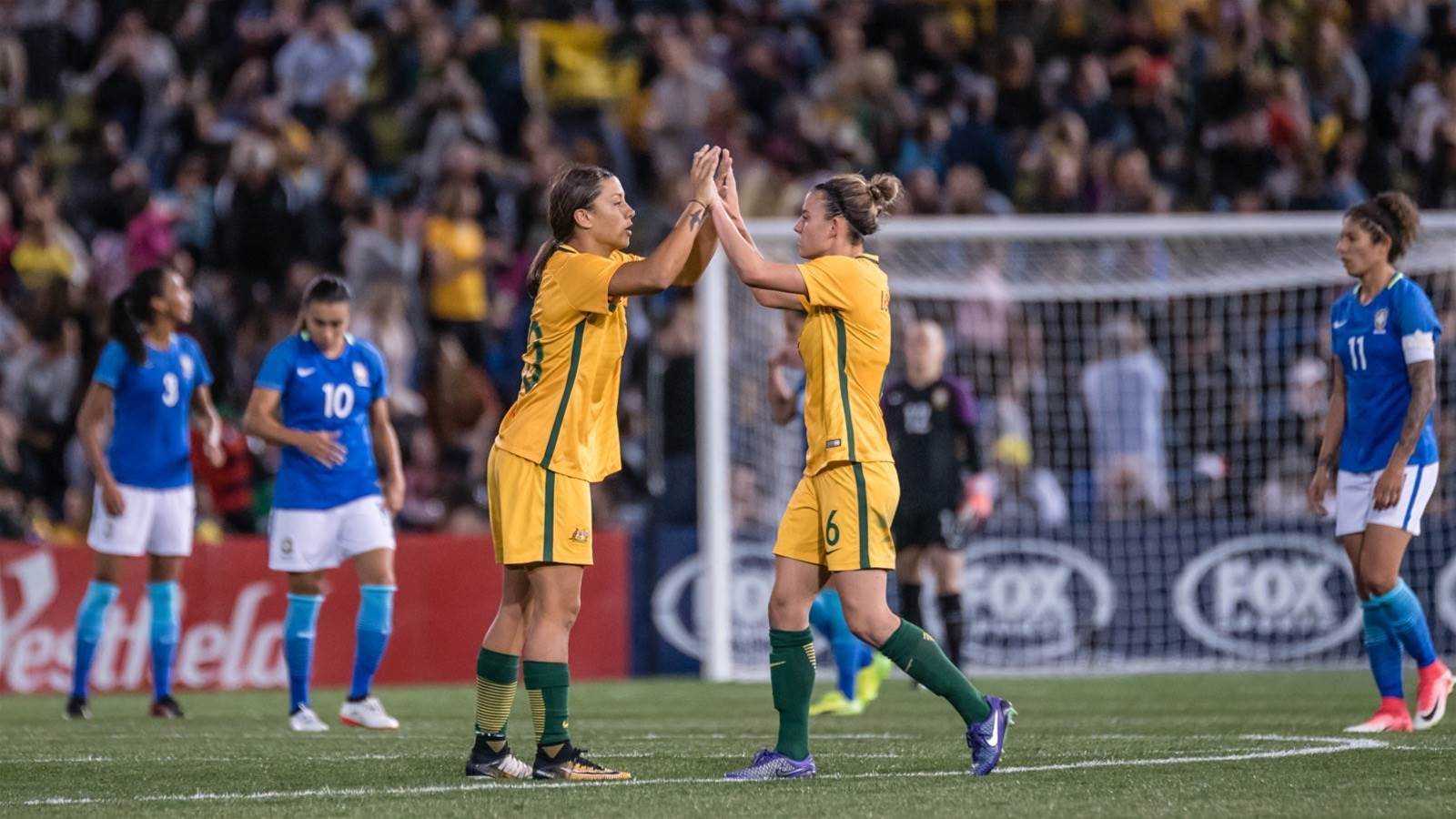 Logarzo sees Australia as a potential finalist at the World Cup and draws inspiration from the United States. Nut it's not just on field prowess the Matilda has learned from the USWNT.

"We are potential finalists," Logarzo mentioned. "Our attitude when we aren't winning is very positive which is a quality that America has which is why they are number one.

"In saying that, words are just words, we need to knuckle down because anything can happen at the World Cup."

The Matildas have some tough friendlies coming up overseas as they face France, ranked third in the world, and England, ranked fourth, before coming home to play Chile in a two-game series in November.

Logarzo admits the team has a point to prove and added: "I don't think we should ever stop proving a point.

"We can't stay in that comfort zone. We always have to be better to make sure we are in everyone's minds.

"We don't think about pressure. Alen Stajcic is great - he doesn't let us concentrate on the external factors and just makes it about the next football game.

"I've never felt this much hype. The support of our nation is lifting us up at the perfect time."

The draw for the Women's World Cup will be held on December 8 in Boulogne, France.